Have you ever taken a drive to the Gorge in either Washington or Oregon side? You’ll find this hidden gem in the small logging town of Carson, Wa.

We’ve actually been to Backwoods Brewery quite a few times since its opening in 2012. My husband is from Carson and that’s where most of his family resides, so we try to get up there as much as possible to visit. And since it is a small town, food options are kind of limited unless you drive a few minutes to Stevenson, WA. That is until Backwoods Brewery came along!

I love that they make their own dough and sauce for their delicious pizzas, and brew their own variety of beers. My husband dislikes IPAs which they seem to be fond of, but they do have quite a few good beers that aren’t IPA, like their blueberry wheat (seasonal draft) and the Ridge Run Stout. 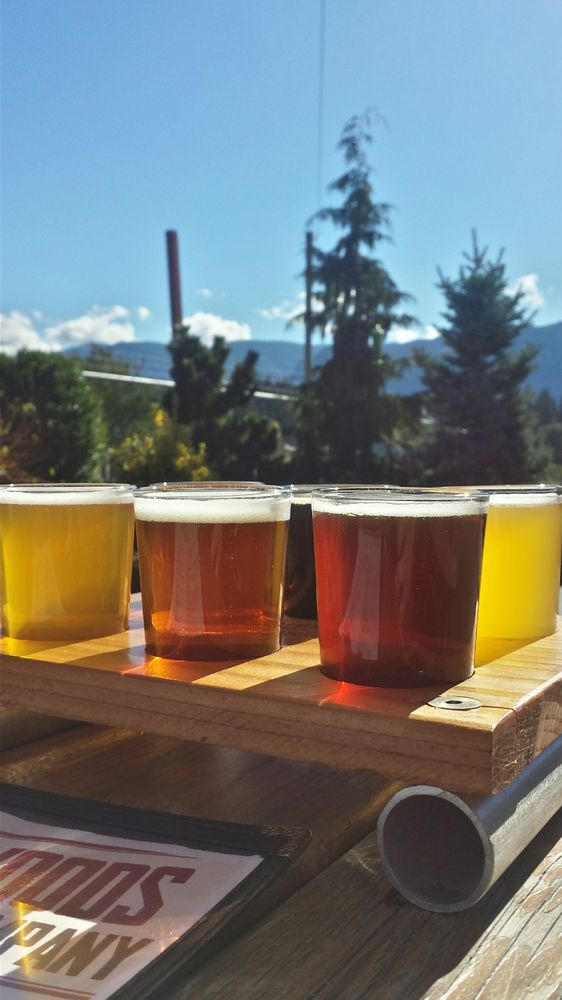 Backwoods Brewery has a lodge/industrial type feel with wooden picnic tables and such. It only seems fitting with a name like Backwoods. There’s plenty of indoor seating and outdoor seating, which is great because this place gets busy most days of the week! 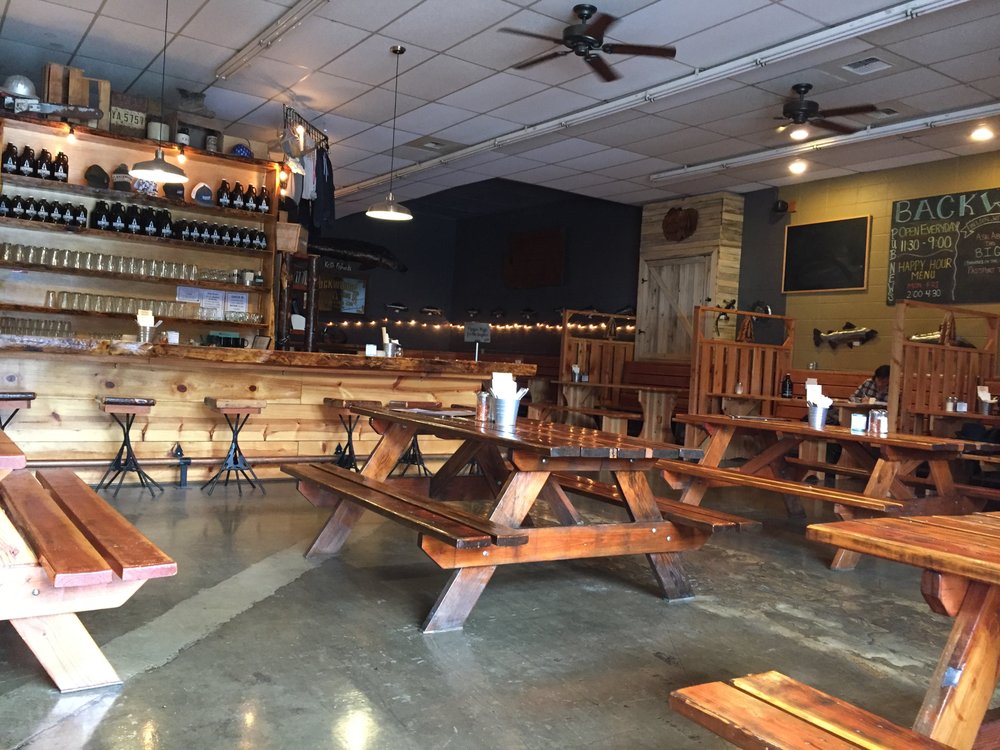 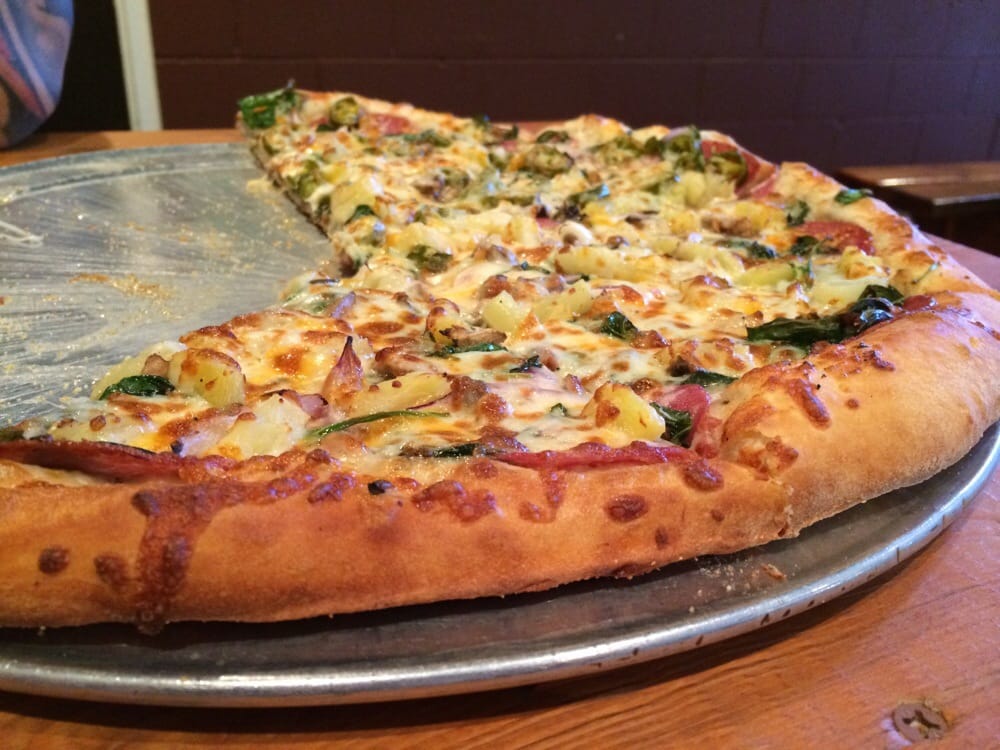 They also now allow dogs out on the patio where they provide a water bowl and a doggy biscuit. So if you just got done hiking with your dog and want a drink/bite to eat, Backwoods is the place to stop!

Sit outside on the patio and you get a great view of the background scenery. I feel like during the summer, they should have better canopies covering the patio area because we got blasted right in the face by the sun since it was the only table available, which was uncomfortable, to say the least. There was a couple who took a bigger table, which seemed overkill. I figured they could have moved to the smaller one that was also in the shade, but oh well, some people aren’t “nice.” 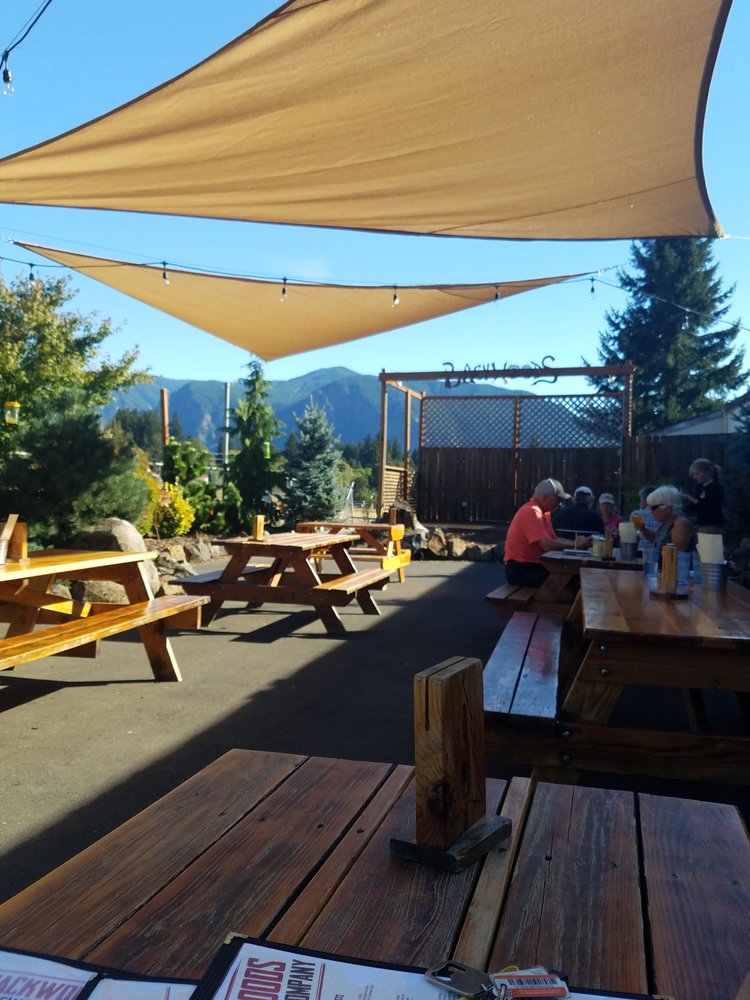 I am glad they are opening up their menu to other food options because when they first opened, it was limited to only pizza and salads which are understandable. I’ll have to try some of their other menu items, but our favorite is the Hungry Logger Pizza. Their salads are also delicious, especially the NW Fiesta salad!

So if you’re in the neighborhood or want to take a drive to the Gorge, I recommend checking out Backwoods Brewing Company! 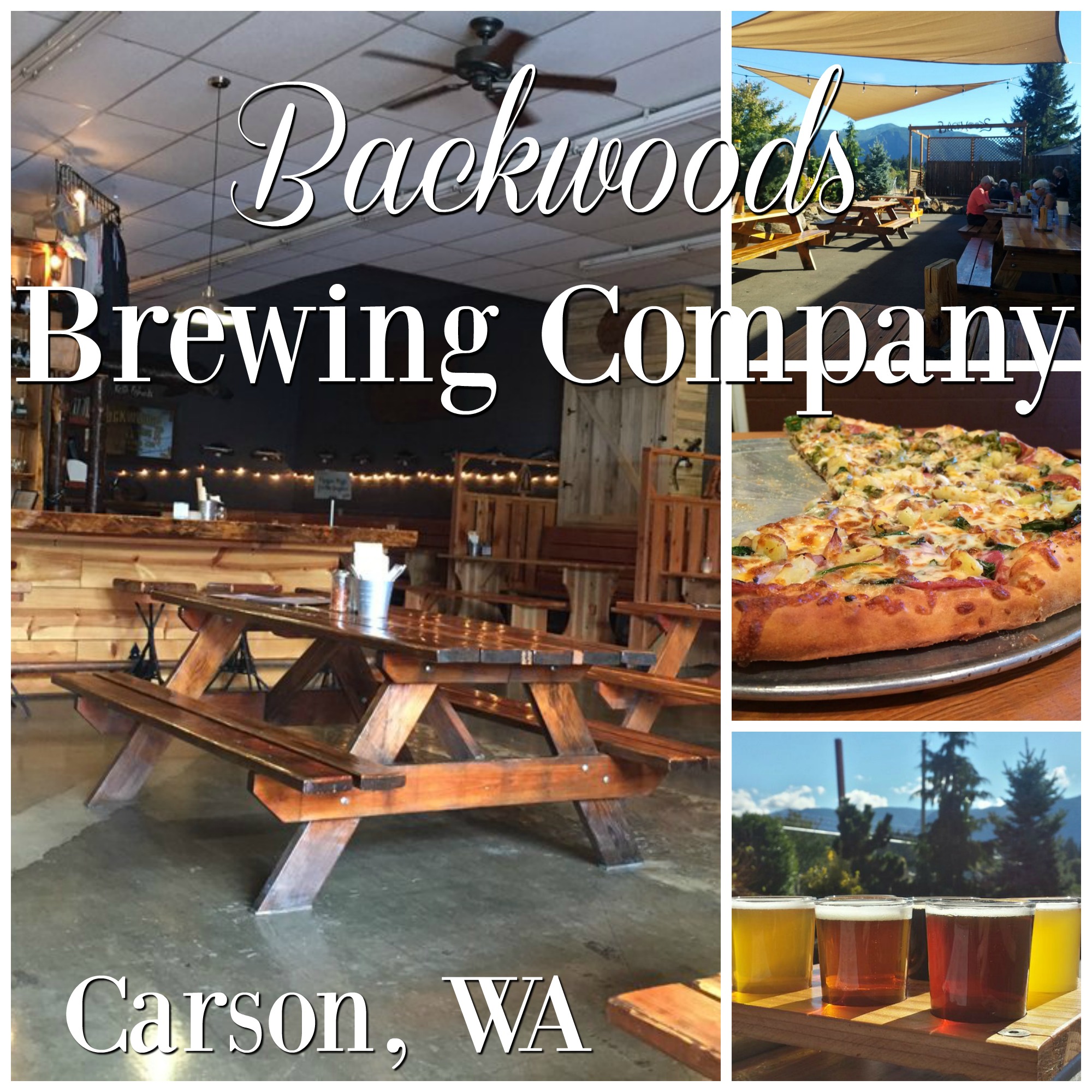