If you haven’t read part 1 and would like to, go here.

Checkout time is 11 am at most of the hotels in Vegas, but we had planned to leave at around 9:30am to go use our caesers buffet groupon which had stipulations of being there before 10 am.

So we get to Caesers Palace which seemed like miles and miles of walking to get to the buffet and we notice the line is non existent. Wow, that’s a first. Usually this place is sought after and super crowded.

Well, apparently since it was Memorial Day, they weren’t accepting the Groupon offer. Or well they would, but they told me it would be an additional $60 charge when the Groupon was already $69. Way to try to capitalize on the deaths of our fallen soldiers/service men/women Caesars. Dicks!

So now our plans for breakfast fell through. We were hungry, so we just went to the food court and had mediocre, overpriced breakfast sandwhiches.

It’ll make a turd as my husband always says.

After that, we had to go back to Harrahs because i realized i had left my new phones charger in the room. Good thing we still had a key and it worked so we didn’t have to deal with the front desk.

We had also planned to go to Costco to get booze, but realized again that it was Memorial Day and it wasn’t open. That’s okay though, because good ol’ Walmart is open all year unfortunately.

That’s our usual stop when we go to Vegas, so it was fine.

Next stop was checking in to the New York New York hotel.

Check in didn’t take super long, maybe 30 minutes or so. We ended up upgrading the park avenue room to a spa room for an additional $29 per night as advertised through the email we recieved prior to our stay. 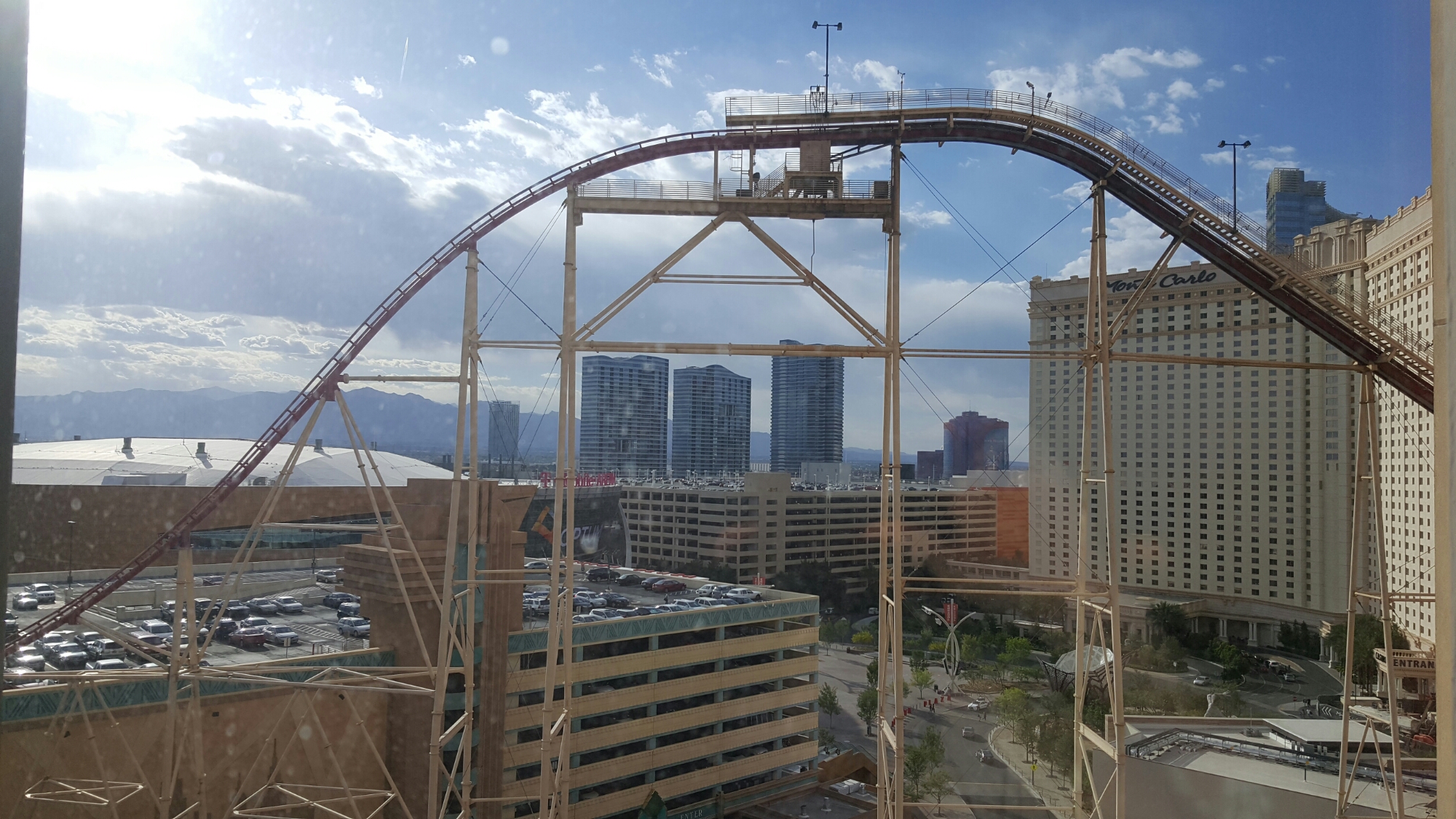 So we get our keys, go up to our assigned room, open it up and notice that peoples belongings are still in it. So we’re like what the hell.. its no wonder there are reviews of people’s stuff getting stolen. This is probably the majority of the reason why.

My husband goes down to talk to them and they say sorry and give us a room on a different floor and as far away from the elevator they could possibly give us, which was annoying. The room was nothing special. It was nice enough for what it was. The spa tub had a bunch of hair in it, so i didnt even want to get in it, and mold or crud around the jets that came off when I wiped it with a baby wipe. So housekeeping pretty much does a piss poor job cleaning, if they even do any at all. 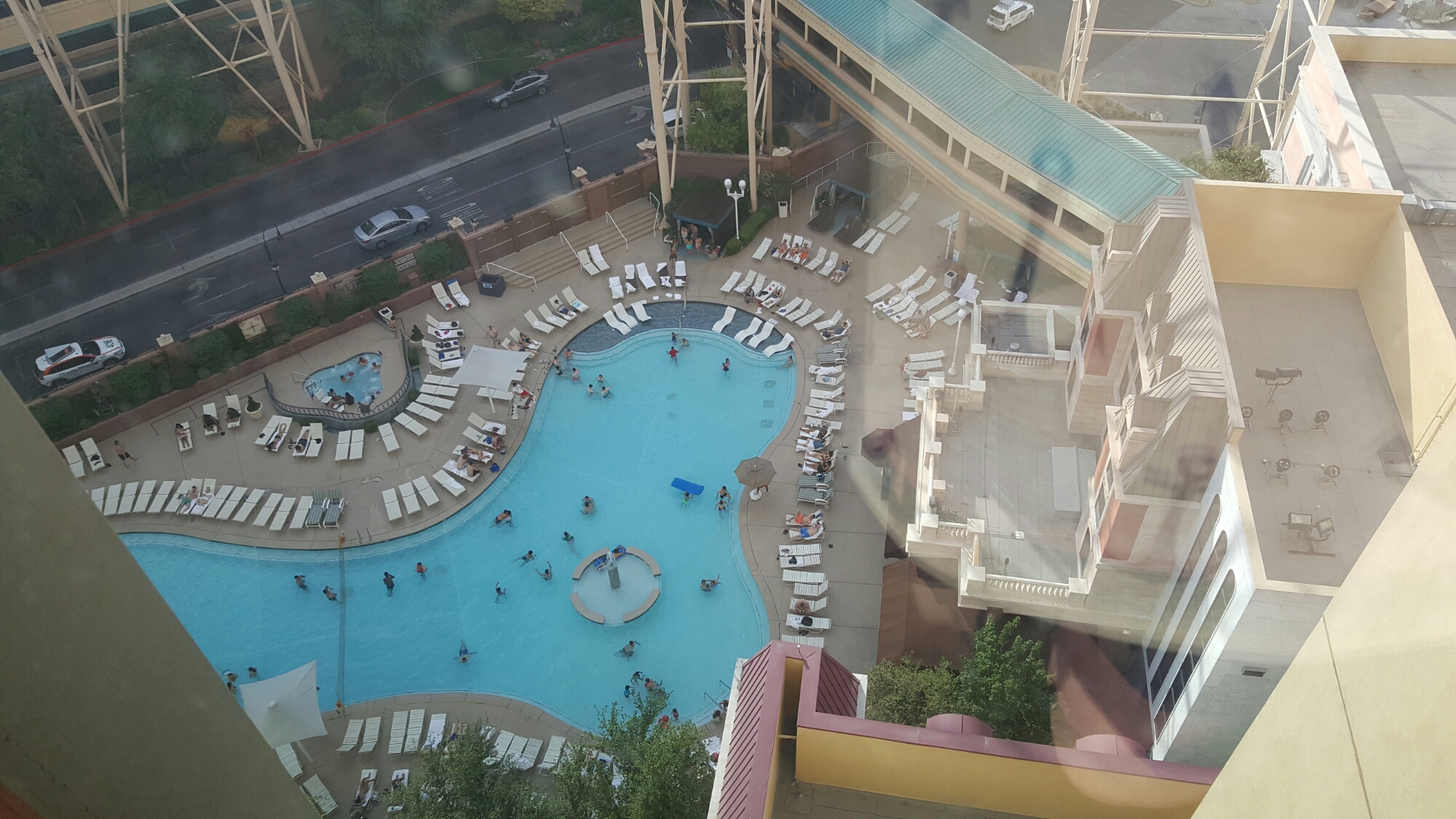 My daughter had black feet from walking around for 10 min on the carpet. So gross. I washed her up and instantly put socks on her. Shampoo your carpets once in a while! 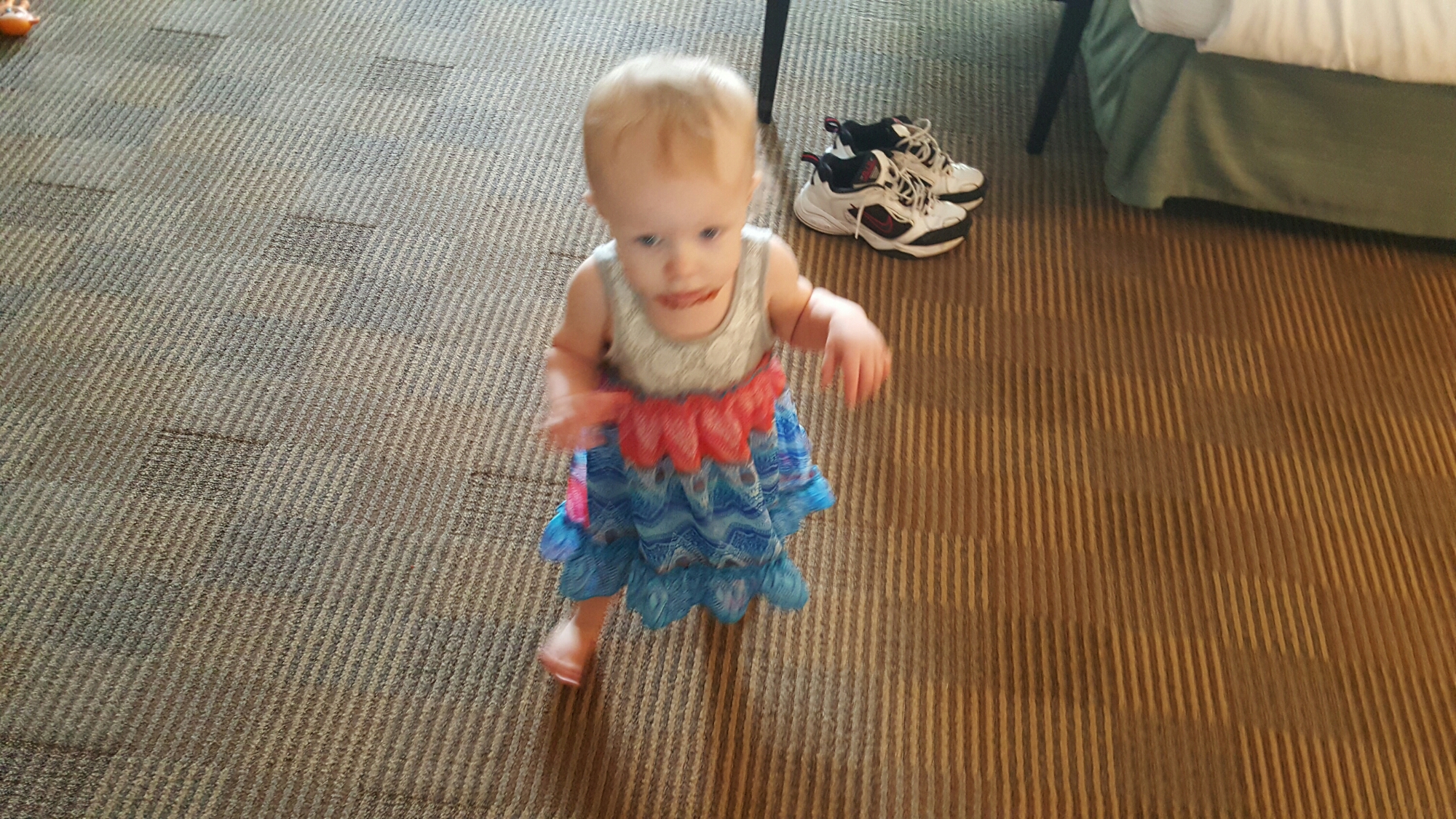 The following day we are out and about and go back up to our room to find that we’re locked out. So my husband again, goes back down to get our keys fixed. They said it wouldn’t happen again but it very well did the following day. This time i was pissed and went down there to the guest services desk where no one is to help you. All the other service people are checking people in and ignoring us standing there, so finally, i went up and interrupted someones check in to get help. She looked irritated but i didnt care. If they did their job right the first time, they wouldn’t be bothered by crap like this and then i wouldn’t be angry.

We didnt get a sorry, no resort fee comped, nothing for this irritating hassle. This hotel is one of the most unorganized ones i have stayed in.

The only thing decent was the bed. It felt comfortable.

The pool was like warm bath water. Wished it was colder on 100 degree days. I really hope they dont heat their pools? That’s pretty dang silly for the Nevada summer heat if they do.

The machines are tight, but the location and hotel is fun and entertaining. I will never stay here again though, but i will probably pass through.

This pretty much made our Vegas stay meh.

I’ll do an overview of Vegas with a baby in my next post.