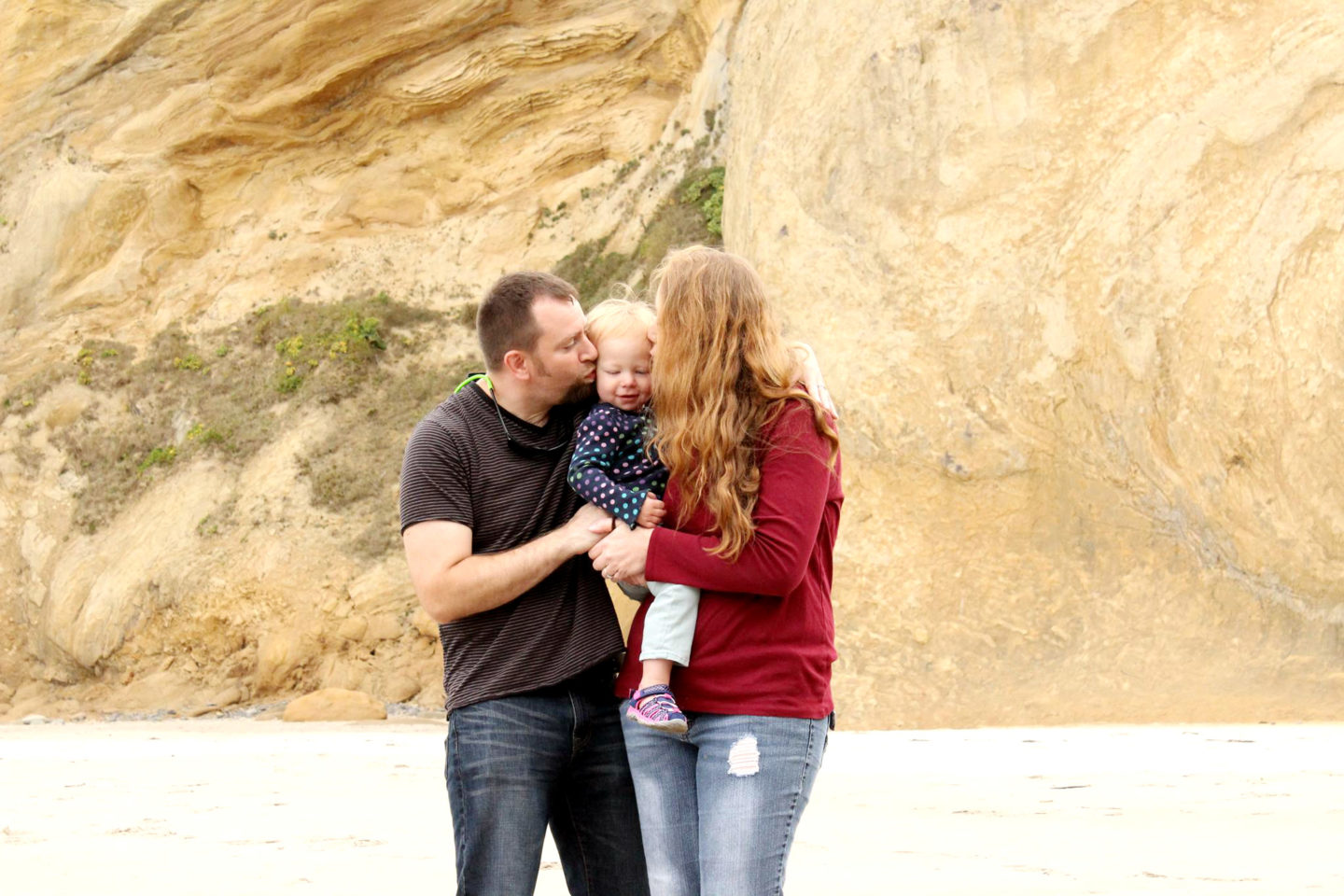 This labor day, we decided to make an end of summer beach trip since we hadn’t been to the beach since Arya was like a month old. It was time to give her a new experience, one that she probably won’t remember when she’s older, but will remember right now in the moment.

My husband works a new job for a vacation rental place doing QA work. Well come to find out, they give their employees in the office a $250 credit on their birthdays, (his is Sep 1st) so we were able to use that towards a vacation house in Seaside, Oregon on top of his employee discount. It was a pretty decent deal! It had 2 bedrooms, a bath, and a nice-sized living area for a small family. To be honest, this was way better than paying for an overpriced hotel that’s the size of a sardine can with no fridge. 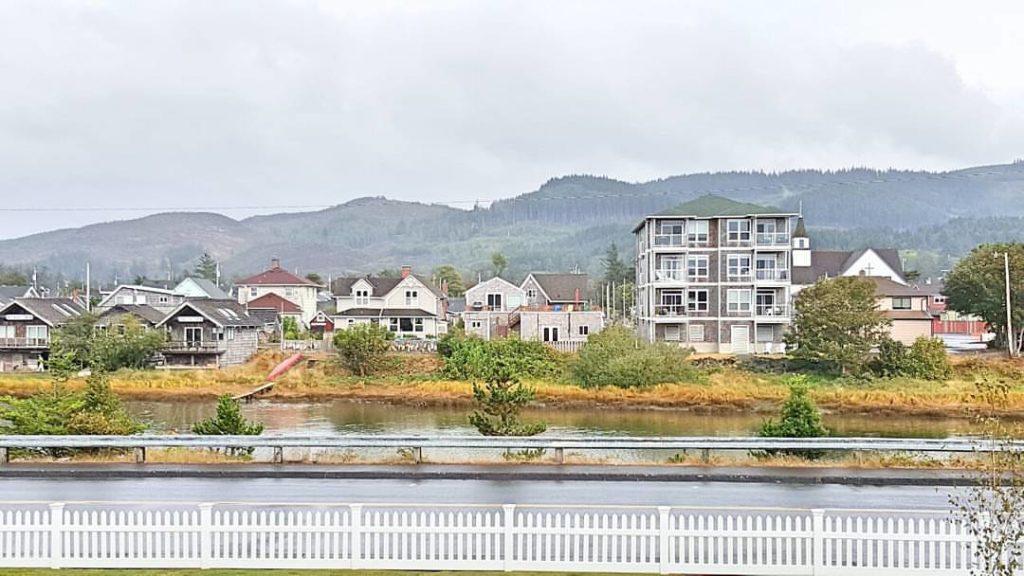 View of the river from our condo.

We weren’t right on the boardwalk or oceanfront, but that didn’t bother me too much since we could either walk half a mile or just drive on over to the main strip.

Thursday when we arrived, it was pretty gloomy and rainy. It’s typical PNW weather, so it’s to be expected. Just always bring a rain jacket or coat with you while on vacation. Doesn’t matter what time of year, it can and will rain at any time. LOL

So the first day, we walked on the strip for a little bit and then stepped out on the sandy beach, but didn’t stay long since we didn’t arrive until after 5 pm and we needed to eat. 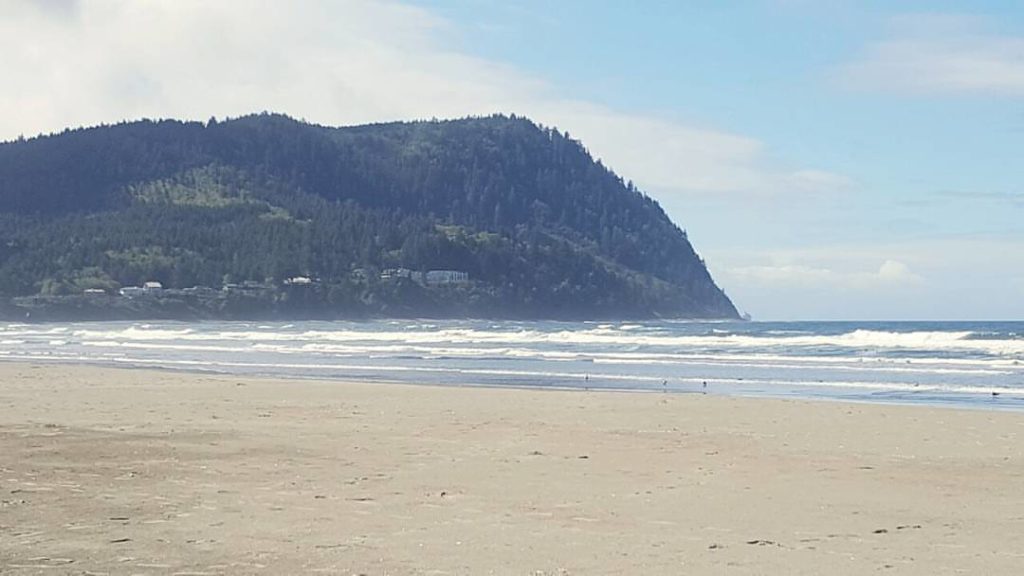 I ended up searching Yelp for good places with clam chowder since my daughter loves chowder and I know that’s one thing she’ll eat. (she’s gotten picky to say the least) I ended up finding one and so we went to U Street Pub. The chowder there was better than Mo’s and the Pelican brewery which both had good reviews from people on Yelp.

After we had dinner, we ended up going back to the Condo and watching Zootopia that we rented from Redbox. Beach towns close up shop early and it’s hard to do nightlife stuff with a small child, so we have to get used to heading in early for family time instead of what would have been our usual night caps of bar hopping.

The following day, we went to the aquarium and the beach to play in the sand. She had a blast but was a little scared of the barking seals. They were so cute and hilarious though. They know how to hustle for their treats! 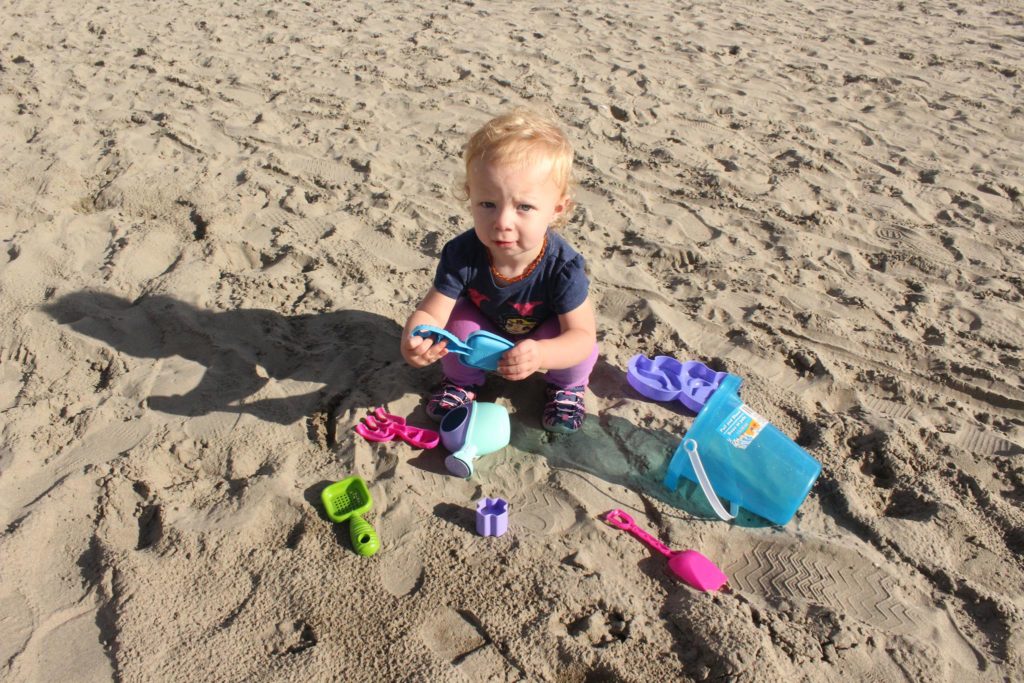 We were going to go home Saturday night since we only rented the condo for a couple nights but my husband’s high school friend was down there with his family who rents a couple beach houses every labor day and they asked if we wanted to stay since they had room, so we did. I am glad we did because it gave us some more time to spend time together as well as hang out with them.

His friend wanted to catch the low tide on another beach at Hug Point in Cannon Beach the following day since that’s where they have an old stage coach trail, so I’m glad we were able to make it out for that. It was pretty cool and really pretty to see the trail, all the sea life, the caves and to see my little girl enjoying beach life with a smile on her face. It’s all about making memories and I am glad we were able to do this. 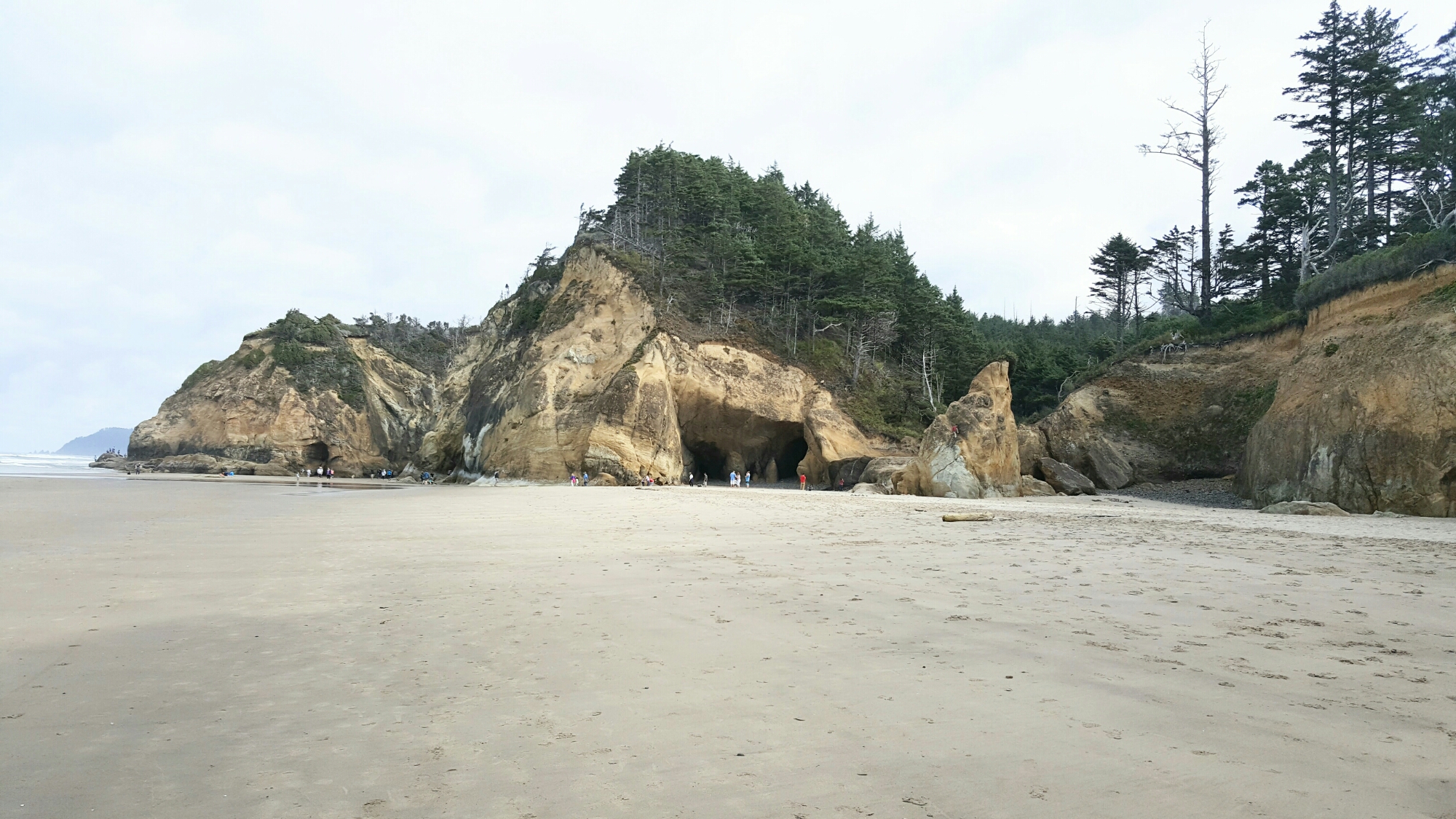 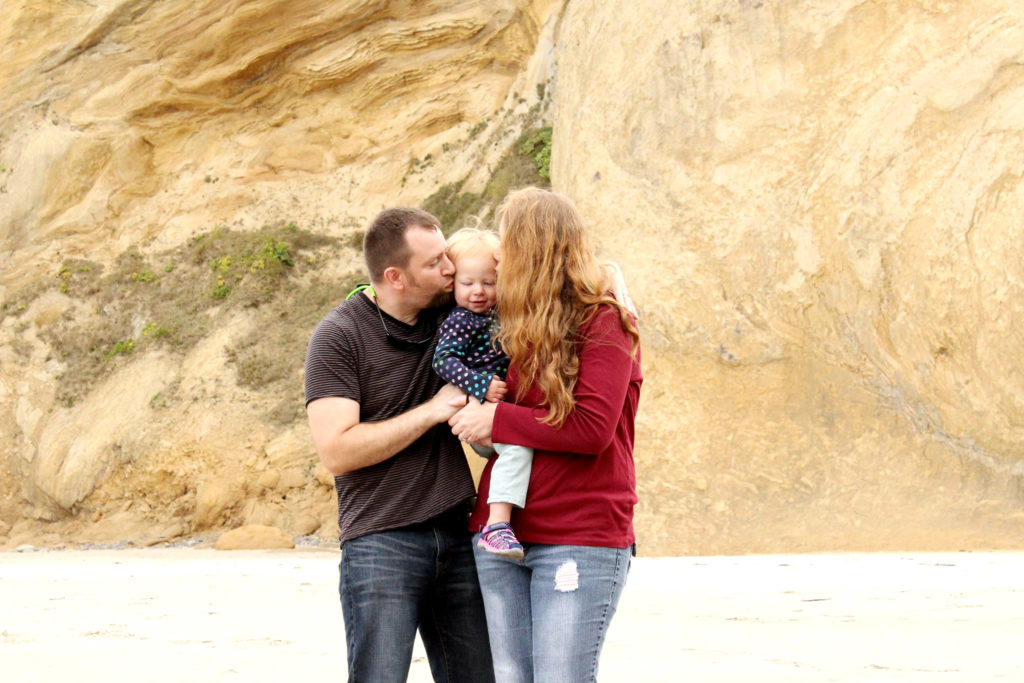 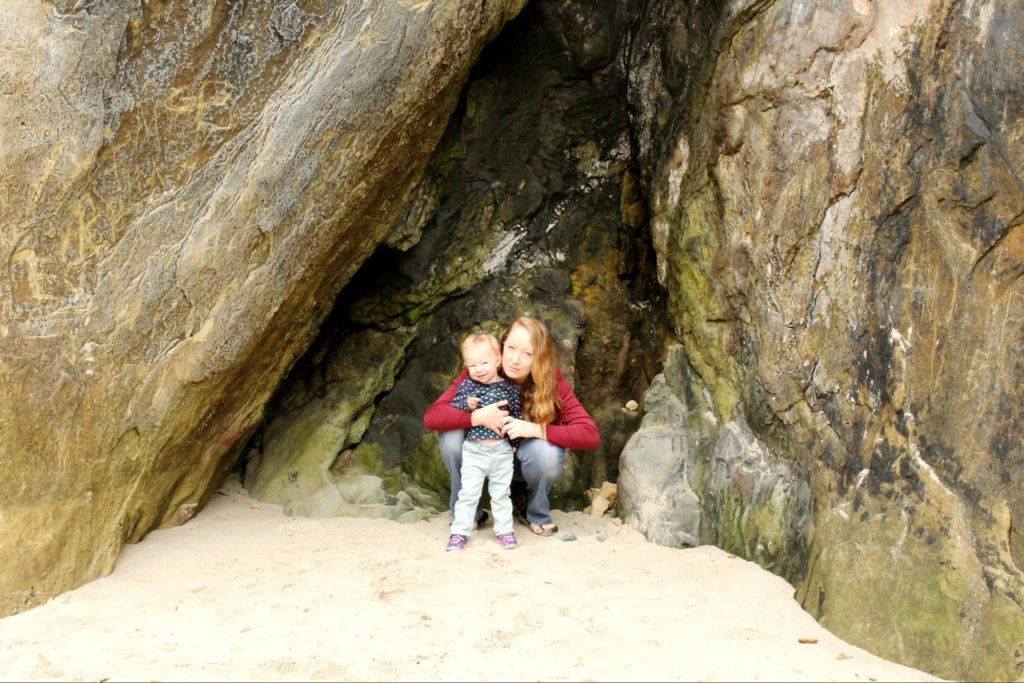 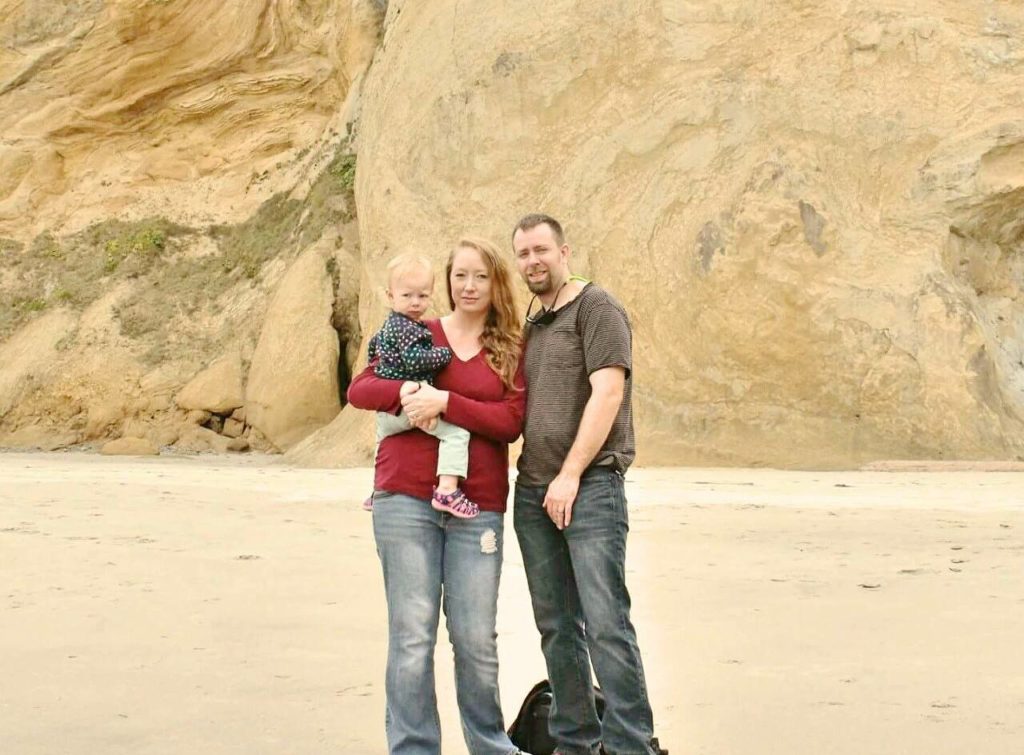 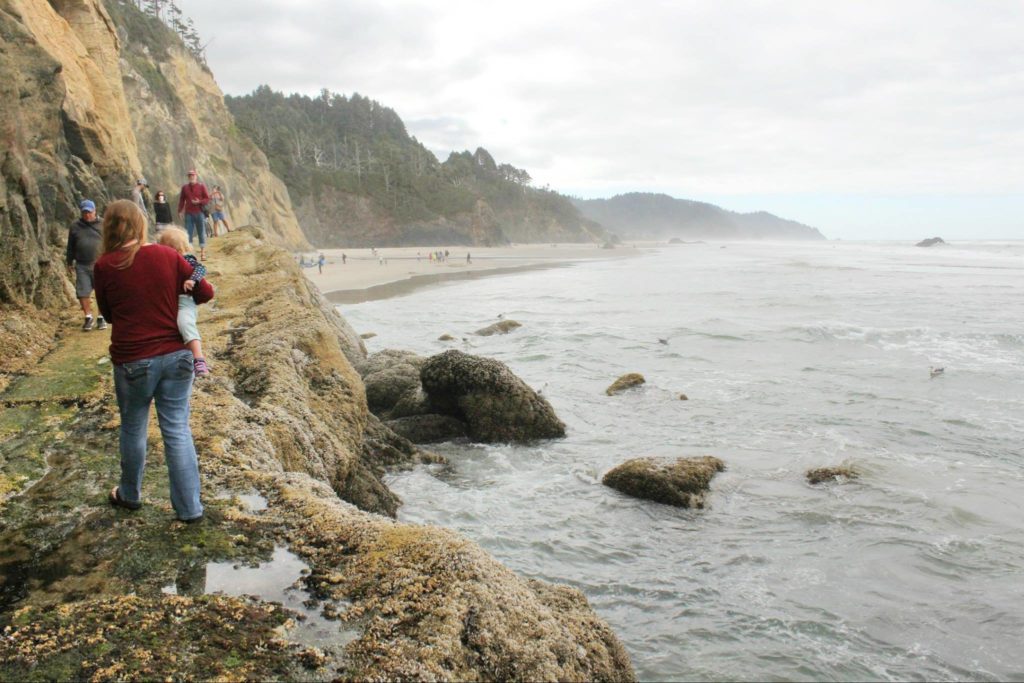 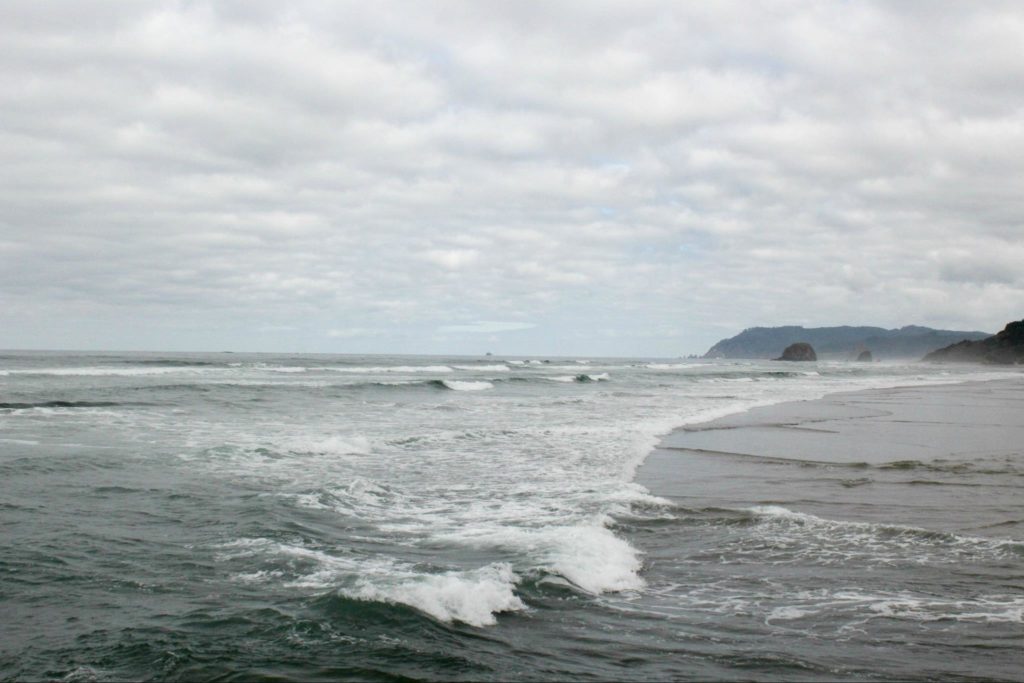 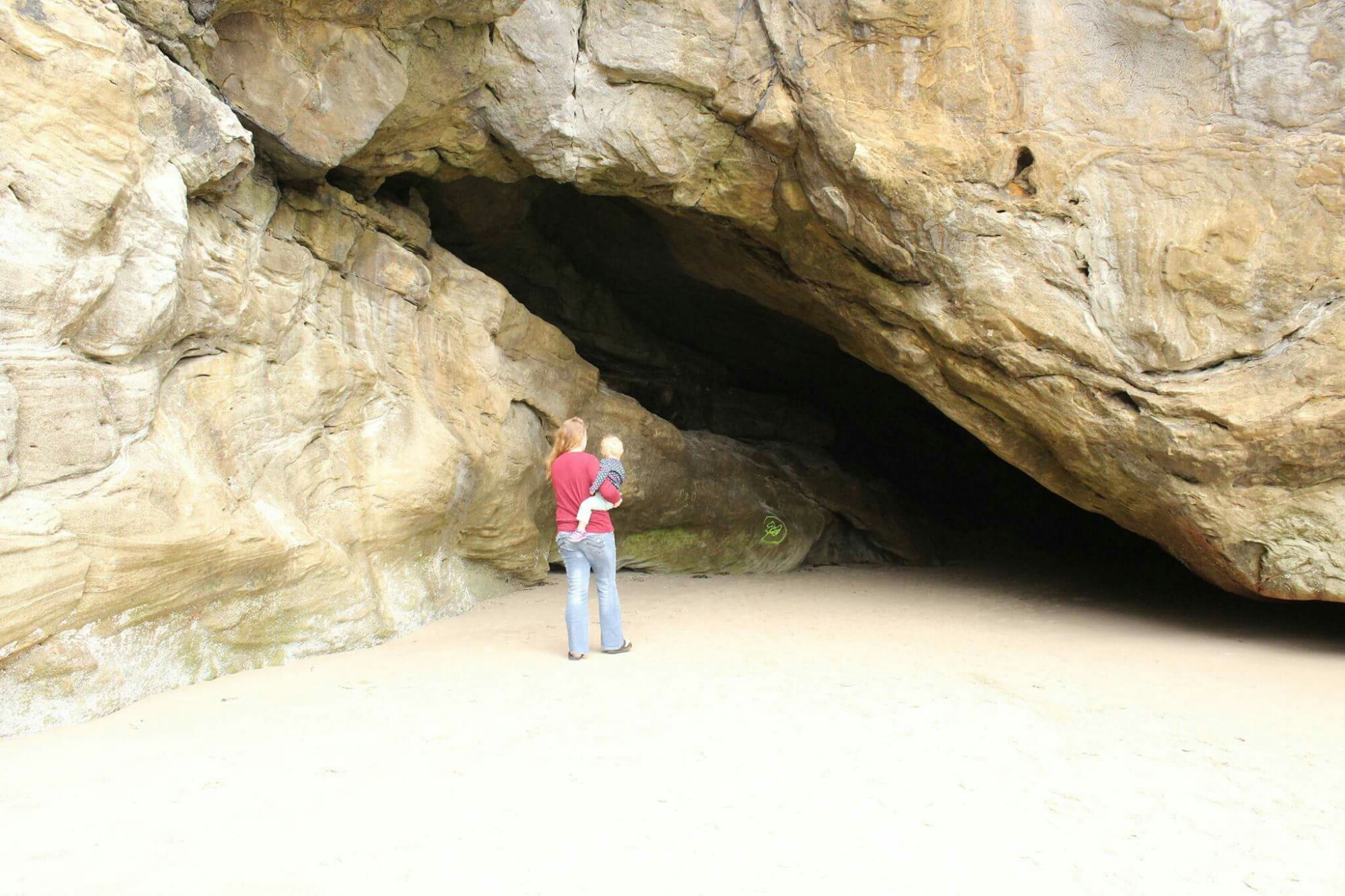 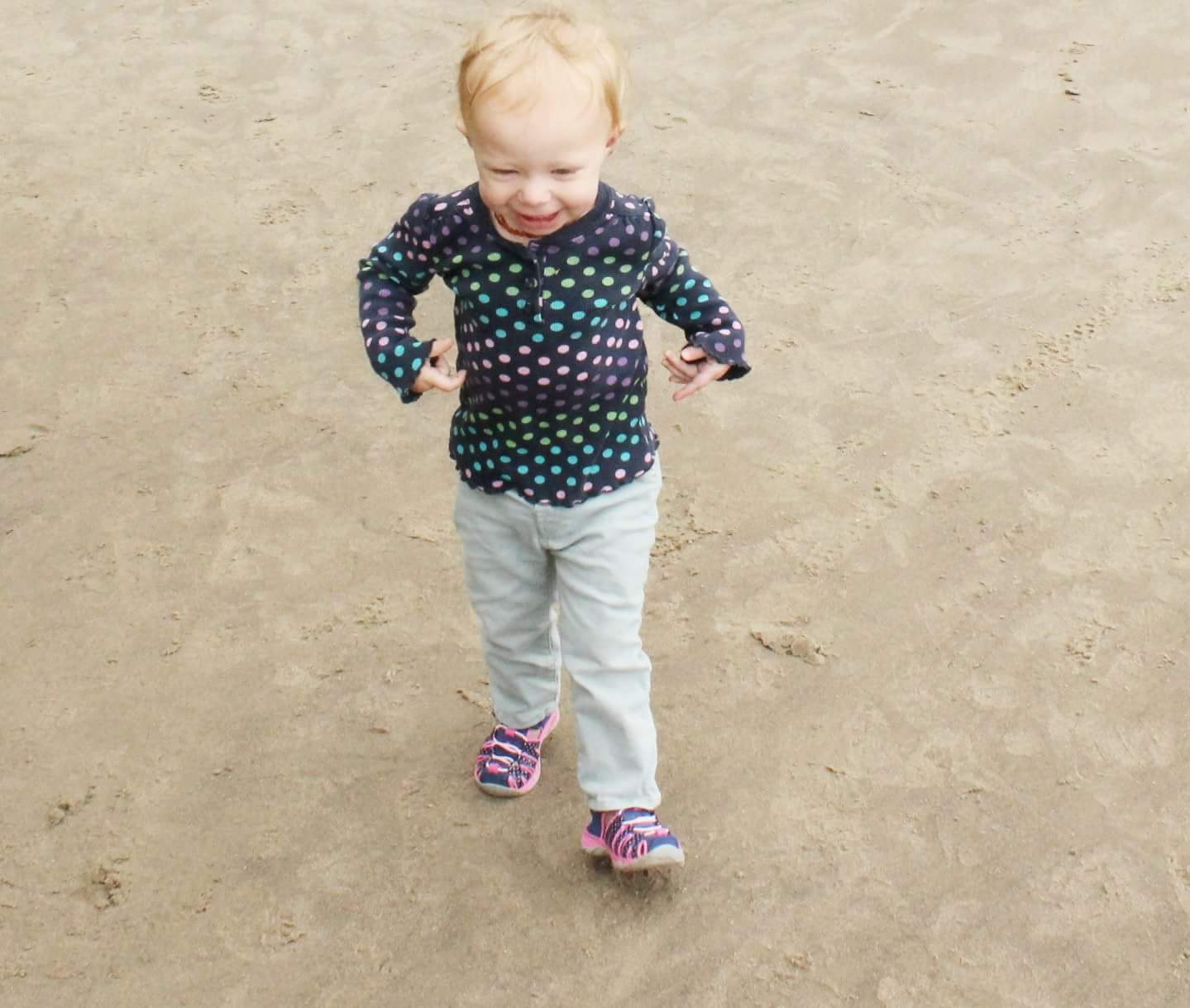 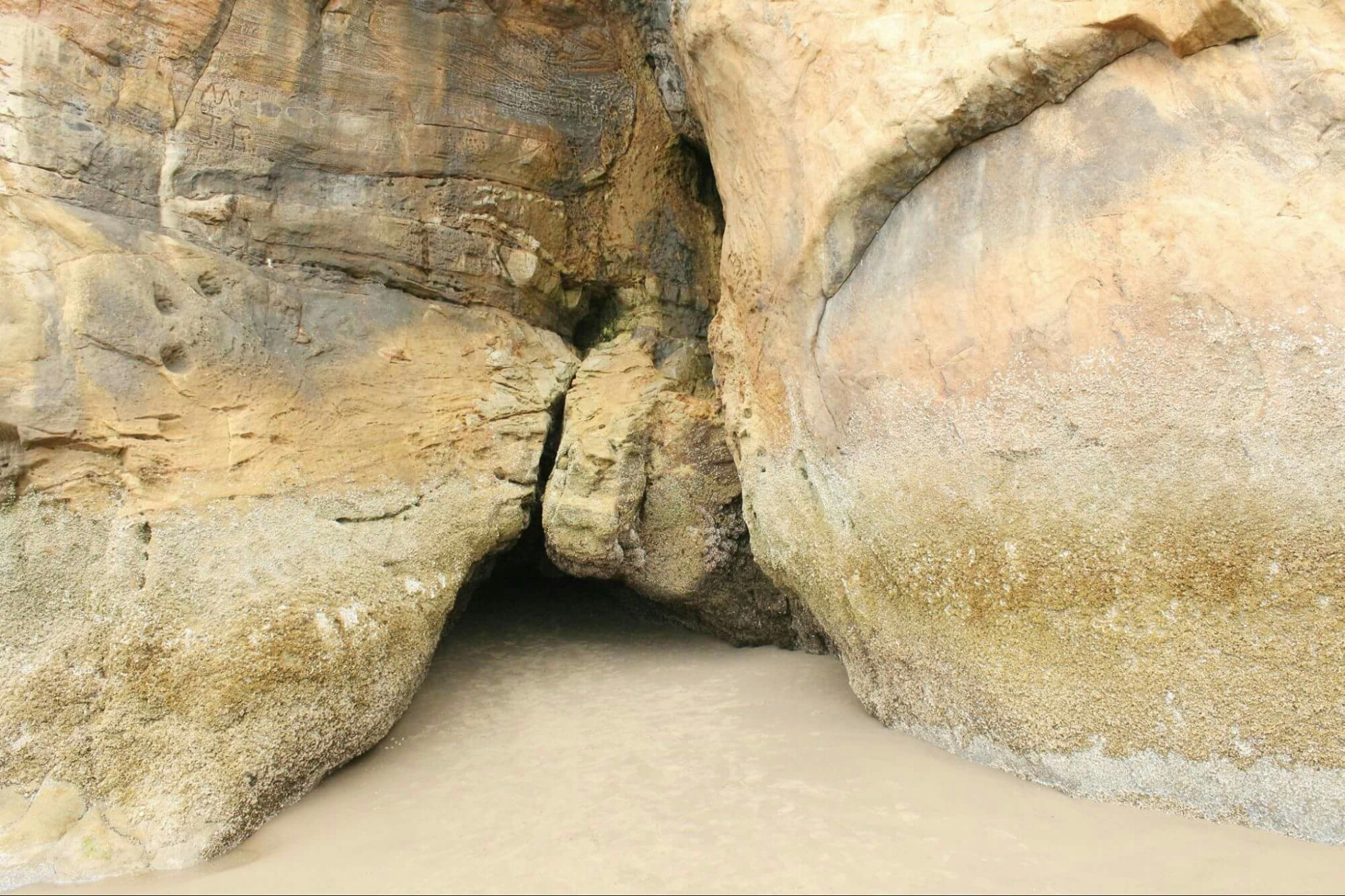 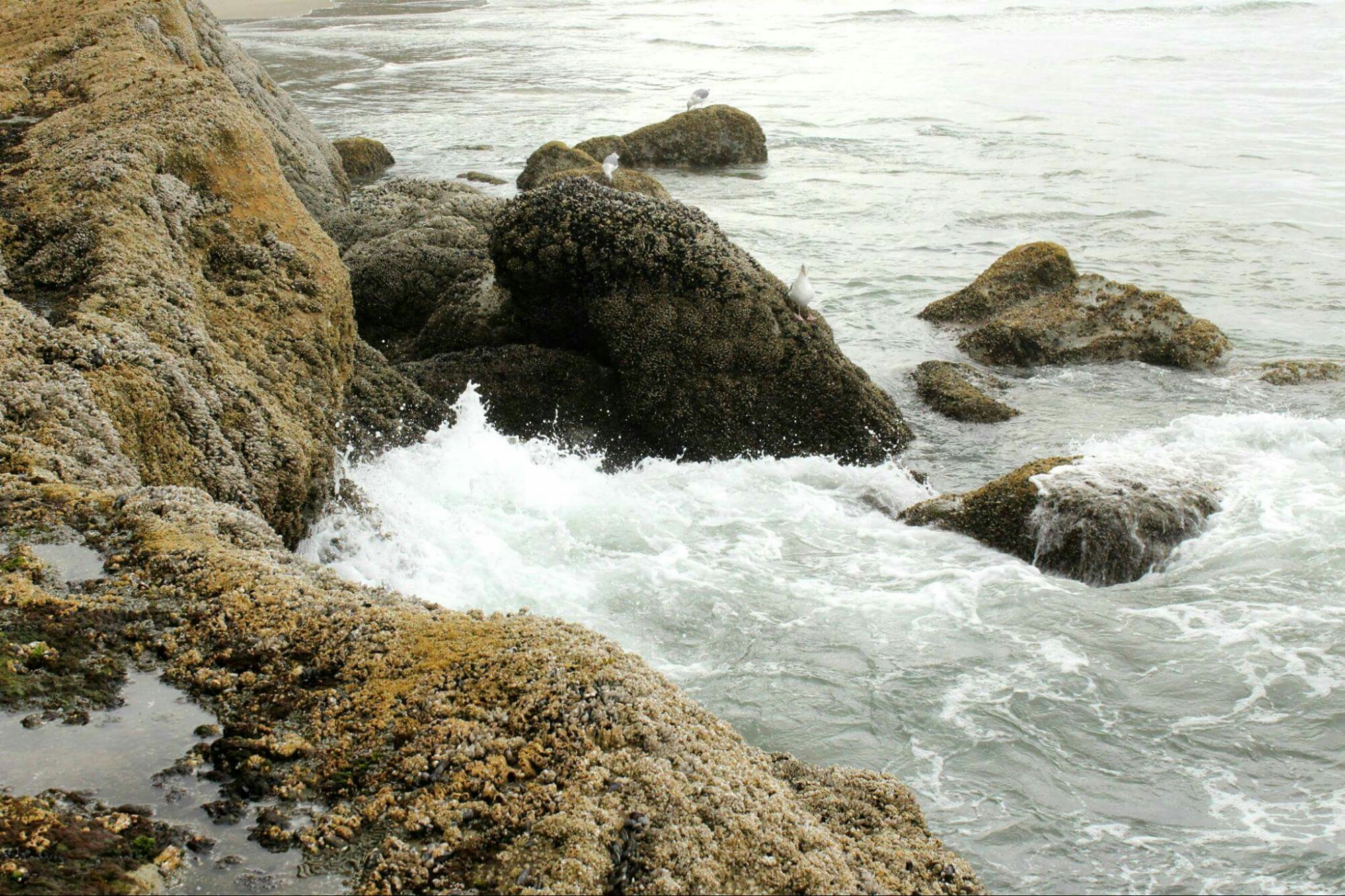 I can’t wait to make this a yearly thing if possible since our baby girl loves the beach and it’s nice to just get away from daily life for a few days.