I was scrolling through facebook one day and noticed one of the people I’m friends with was tagged in a post about this 1-2-3 Grown and Learn program, so of course it peaked my interest and I began looking it up.

They have this class for birth-5 years everyday through the school year, but each day it’s at 2 different schools in the Vancouver School District. One being at 9 am, and the other at 1 or 2pm depending on school. But, both go for 1.5 hours.

And no, unfortunately you don’t get to dump and run for an hour and a half break. You stay there with your child to interact and promote learning and play time with other kids.

I knew this would be fun for Arya since she’s stuck with me everyday with little to no interaction with other kids besides her cousins occasionally. And let’s just say, a couple of them are not what I want her learning from. They can be holy terrors!

I invited my youngest sister along since she has a daughter who is 6 months younger than Arya.

We went over to the elementary school closest to me at 9am, which happens to be where I went from 3rd-5th grade. Only it’s been remodeled and moved to the other side of the street.

In the program, they read a couple quick books that were interactive, and sang a couple songs we didn’t know. Kids also got up and did show and tell with toys they brought. And of course Arya got right up there and wanted to grab their toys. She was such a character and the only child up running around. She’ll learn eventually though.

After that, the teachers got out buckets of beans and let the kids play in them with scoopers, etc.
I knew Arya would love that since she enjoyed her time playing in the sand at the beach, which I feel is pretty similar, only less invasive. Lol 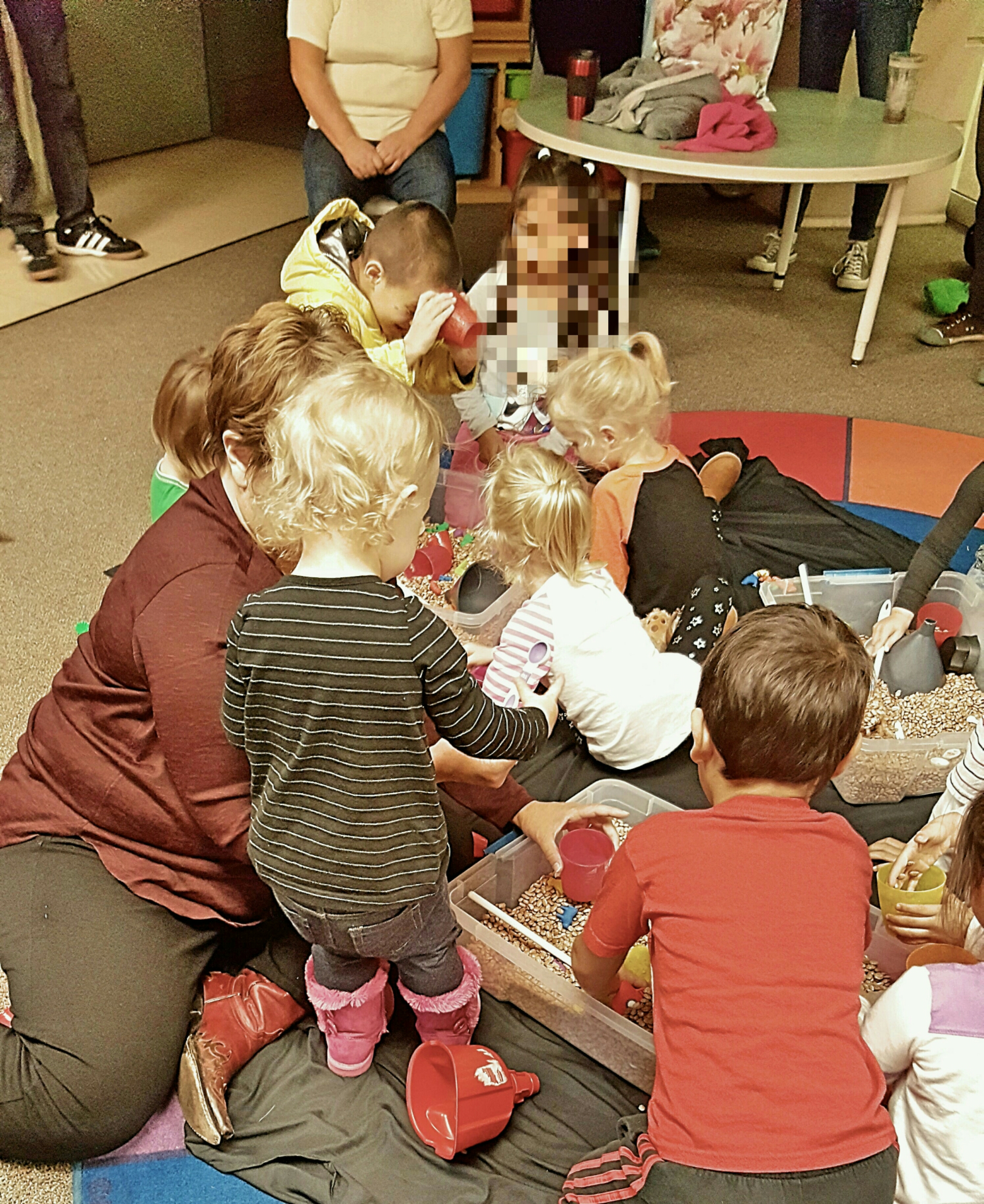 When they were putting those up, Arya didn’t want to stop of course since she was having too much fun. 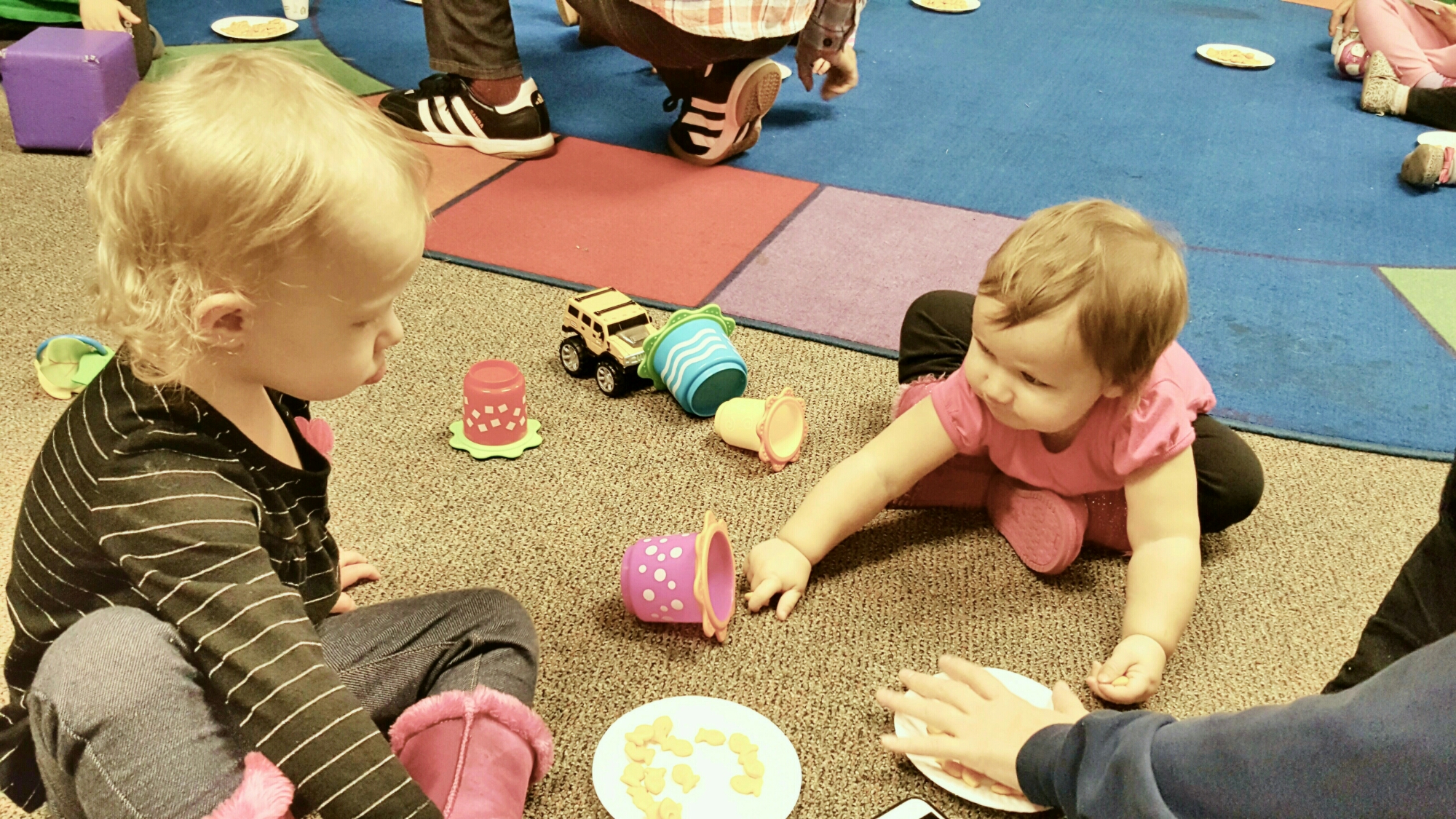 Then, we washed the girls up and they gave all the kids some goldfish cracker snacks. Wmma loved it so much, she was going around trying to take everyones crackers.

Arya just wanted to play with everyone and kind of be the center of attention. She’s just like her dad in so many ways. I see it as a good thing though, because she’ll pull the shyness out of me and won’t allow me to be reserved.

She was such a character and had me cracking up though.

I’ll have to take her to more classes. One of the teachers said Harney Elementary had more toddlers in their group, so maybe I’ll head there next!

Do you have any programs like this in your area, and have you seen any benefits from it?