I had heard about this place on facebook from some friends through my news feed, and then I got a Groupon email featuring this local spot, so I figured I would snag it and take a visit.

We arrived on a Friday evening and it was kind of busy, busy enough that most of the tables were being used. There isn’t a sign or anything saying to seat yourself, but that’s basically what you do.

They don’t have too many tables in here since it’s not a super big place, but we did end up getting a seat at one of the long wood picnic tables.

The place from what I recall used to be a convenience store. They still have some of the old coolers in place and they’ve filled it with craft beer and other non-alcohol beverages for the underage crowd. Yes, this place allows minors, which is one reason why I liked it and will most likely return. 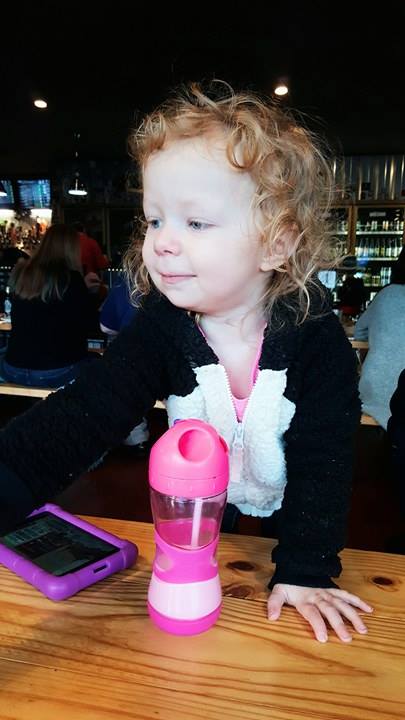 You do have to go up to the counter to order your beer, cider, and food, but that’s pretty normal.

We ended up ordering the “a little ain’t enough” pizza, the spiced cider and then the beer flight that was from the Groupon deal. They pick out 4 beers of their choice to put on the flight and then the last 2 you get to choose. My husband said the whiskey beer was his fave, but I am not sure of the name since they didn’t have a list out on the tables, besides the one at the counter. I liked the red looking beer. It wasn’t so bitter and is perfect for those who aren’t big on beer, especially hoppy beer like myself. 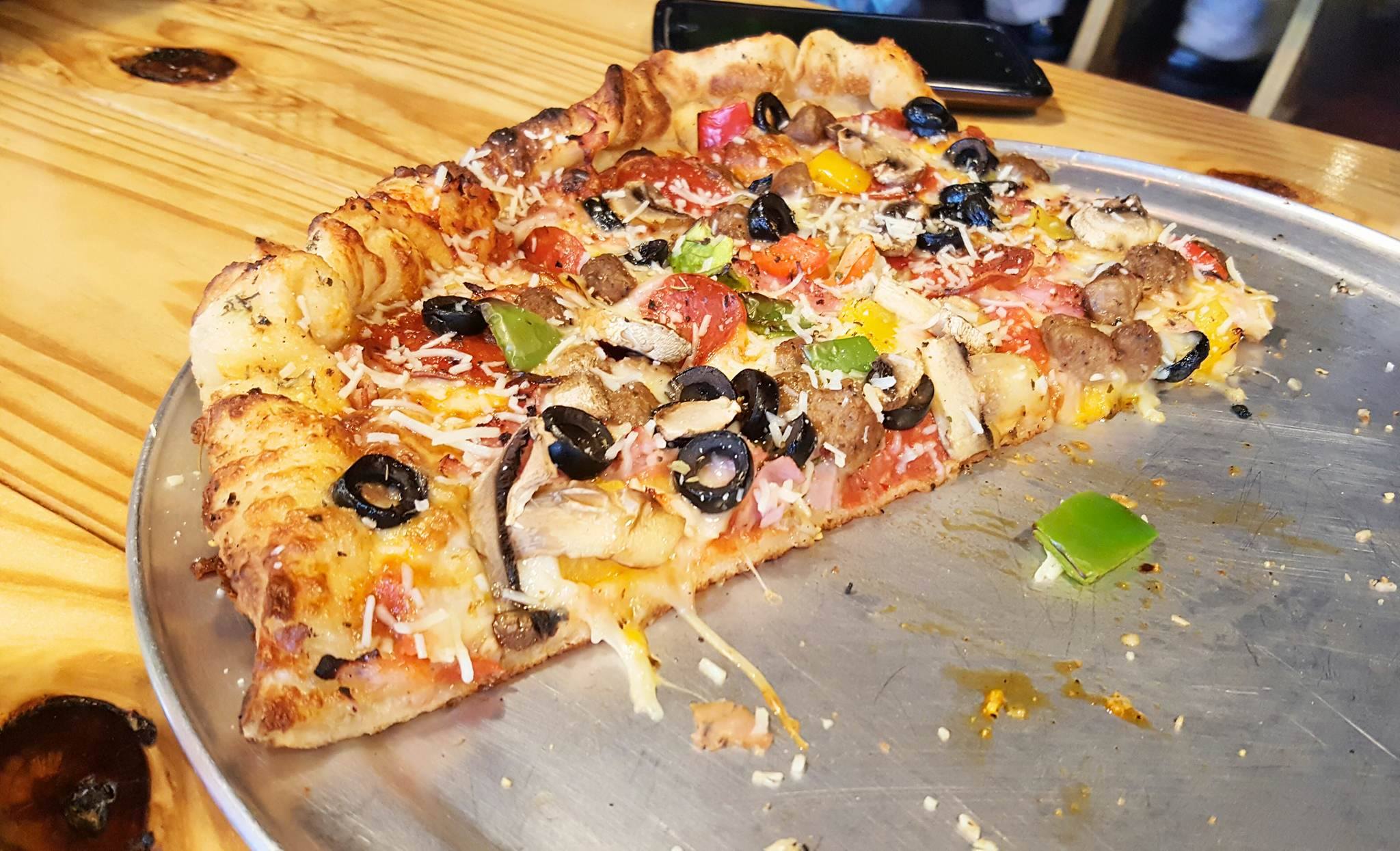 The pizza was pretty good too! My 2-year-old daughter has been picky about her pizza lately (we usually get dominos or papa murphy’s which she stopped eating) and she actually ate this. I guess it was that good! I have heard they have their dough locally made and they cook it in a pizza oven so maybe that’s why it’s so tasty.

I had the spiced cider and omg, it was so delicious! I am not a big fan of dry ciders and this was so crisp and tasty. I really want to go back to have the cider and pizza again!

DIFFERENT BOTTLES OF BEER, WINE & CIDERS FOR THERE, OR TO GO!

And it may be called The Heavy Metal Brewing Pizza Co but nothing is heavy metal in here, at least the day we came. They had some music videos and butt rock/classic rock playing on them but nothing heavy metal. Since we came on a Friday, they had a band setting up for an 8 pm live show. It ended up being a one-man show and he sang a lot of country music songs. I am only mentioning this for the people who think this place may be blaring with loud, screaming music. You can enjoy your food and beer/cider and listen to all varieties of tunes. My daughter loved the live music so much, she had to dance a little bit by us.

So for entertainment and food/beer wise, we shall return!