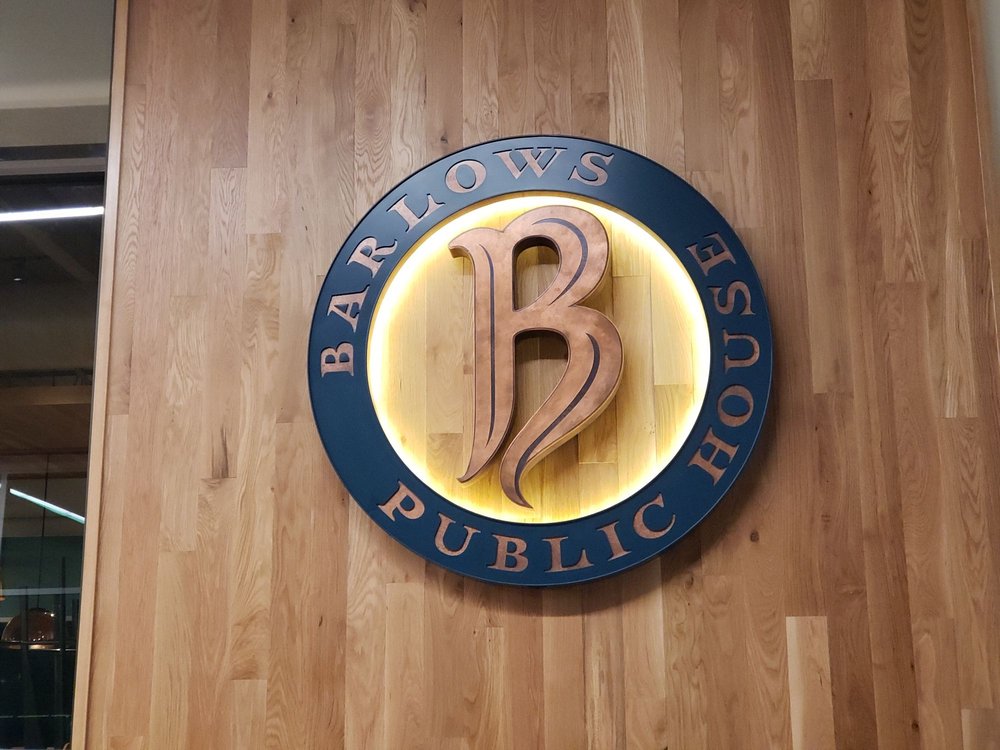 Is there really a life after kids? Not really! Lol

I commend those that somehow find the time or the babysitter to take care of the kiddos, but over here, date nights are so rare with my husband that I feel like we’re back at square one and don’t even know how to have adult conversations anymore. They all consist of the girls or things our girls like. It’s almost awkward, so if anyone has any advice, I am all ears! 😂

But, we were able to get out and have dinner thanks to my mom watching the kiddos. She’s really the only one who I trust to watch them 100%.

We had plans to go to Wildfin Grill since we picked up a gift card from Costco, but it ended up being a busy weekend at Wildfin, so we decided to try Barlow’s Public House which was our first time visiting. It’s one of the newer restaurants along the new waterfront in downtown Vancouver, WA and is located right next to @TwigsBistro (which we’ve yet to stop in as well)

We had made reservations without requesting a certain seat and they accommodated us with a waterfront view, although it was dark you could still see the waterfront with the lights. The atmosphere was laid back, you can dress up or down and they play a variety of music. It was mostly like the early 90s, early 2000’s playing which I dug. They also have a big tap wall with beer, wine, and cider which was kind of cool. They do have a different selection than the menu than what’s on the wall. 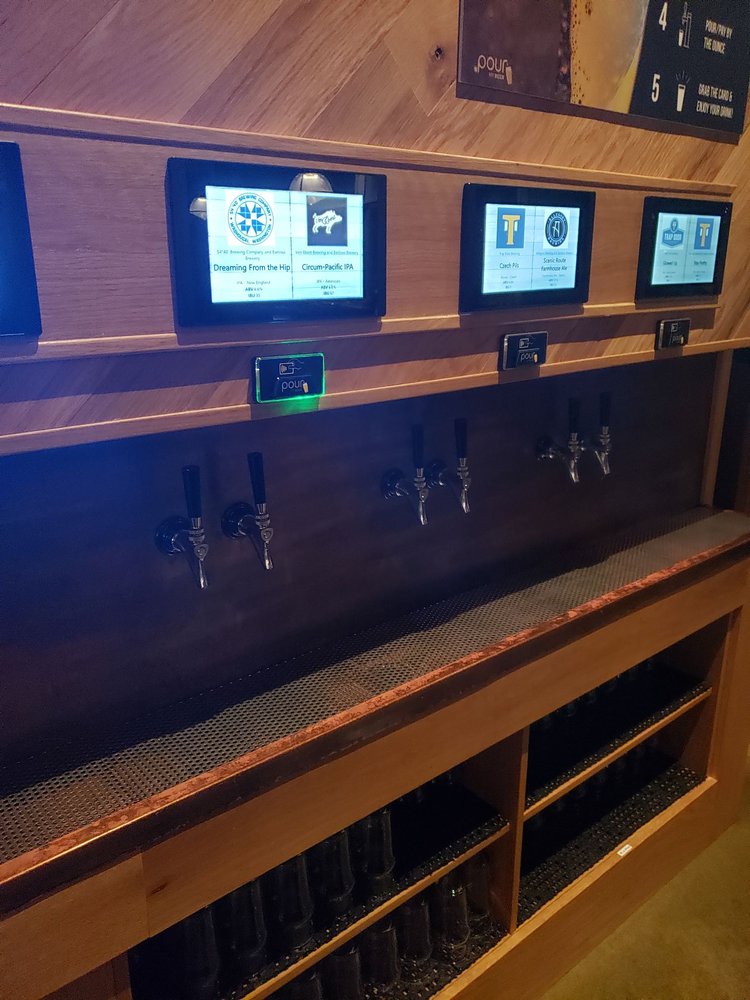 I ordered the catfish and chips and it was pretty tasty; had great flavor and the batter was perfectly crisp. It also came with jalapeno coleslaw and I feel like that could have had more flavor, but it was decent nonetheless. 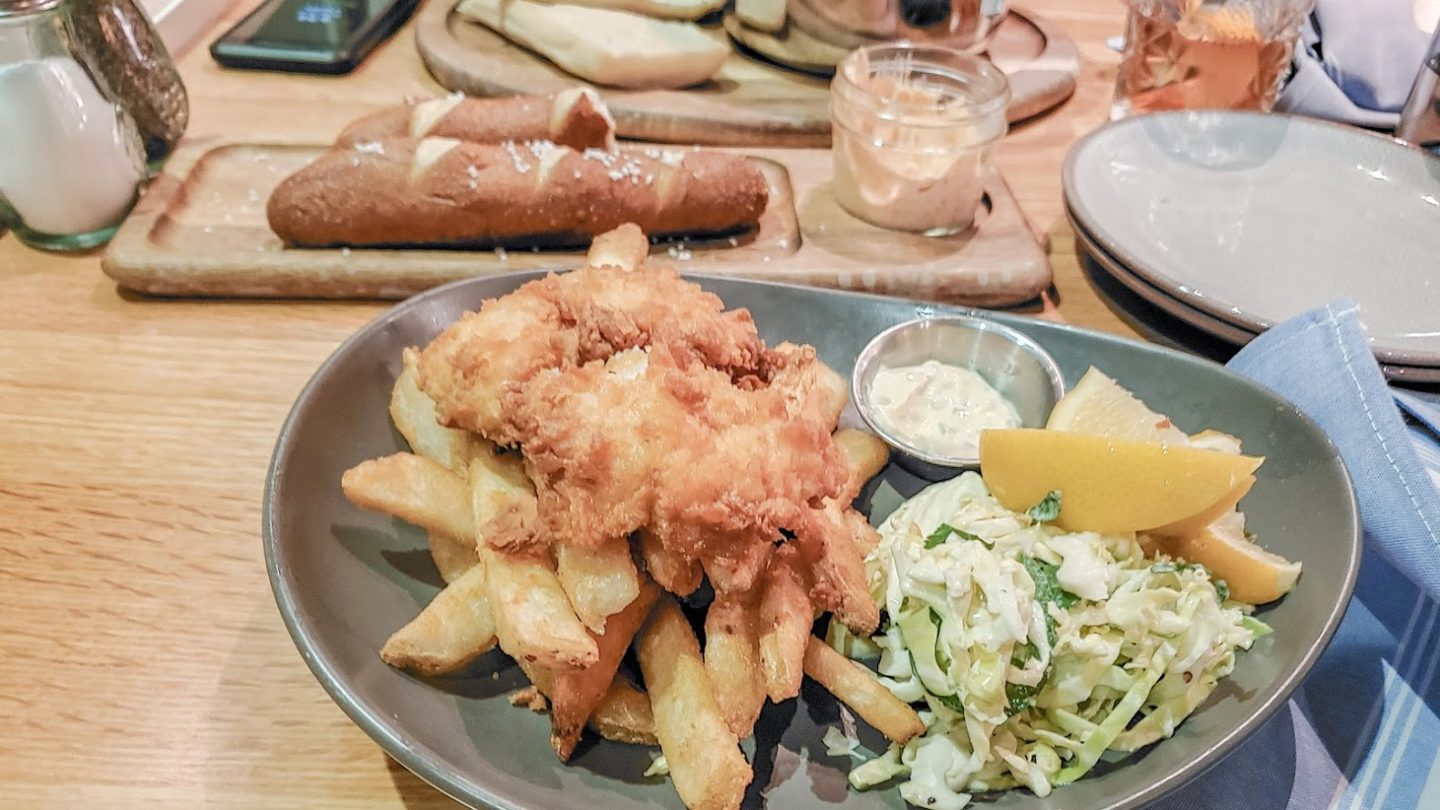 My husband had the Seafood boil. I tried a few bites of his and it was decent! Great flavor, everything was cooked right, but I think he felt like there should have been a melted garlic butter dish on the side to dip the seafood in. 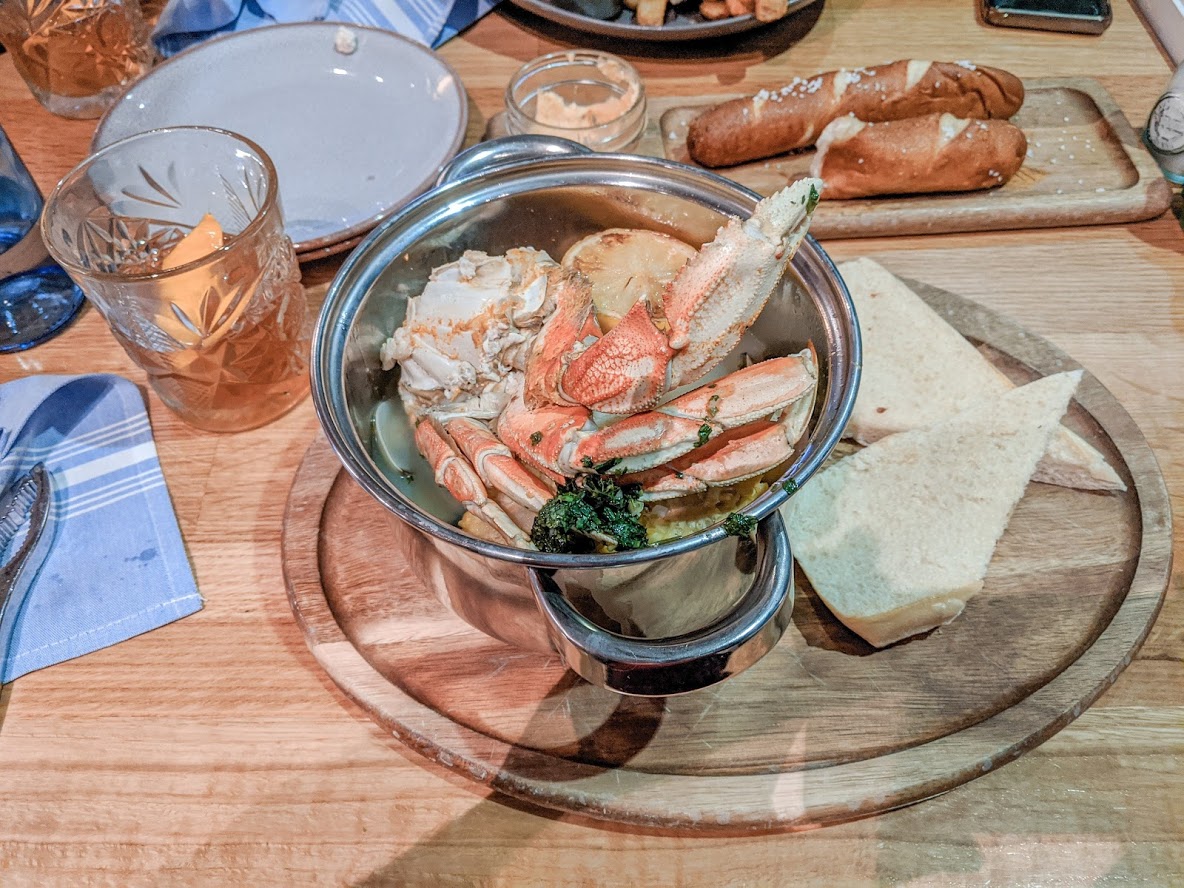 The thing I like about this place is that they have a little bit of everything on the menu to suit everyone’s tastes from enchiladas to southern comfort food. We’ll be back again sometime I’m sure. 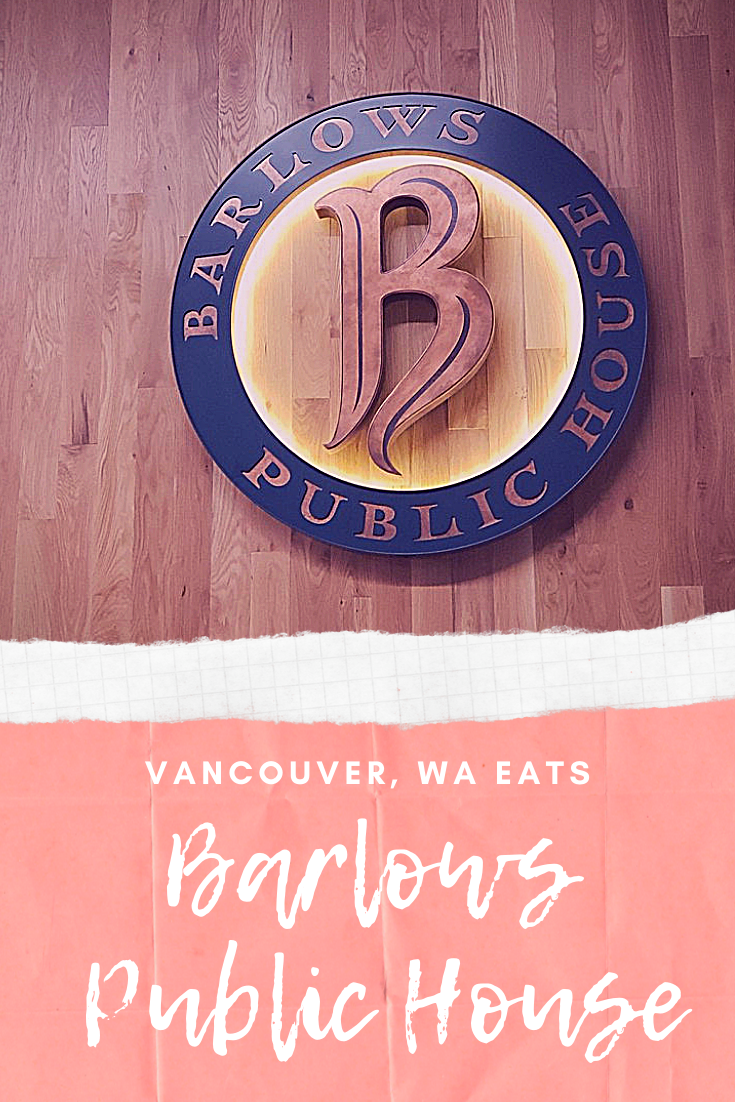