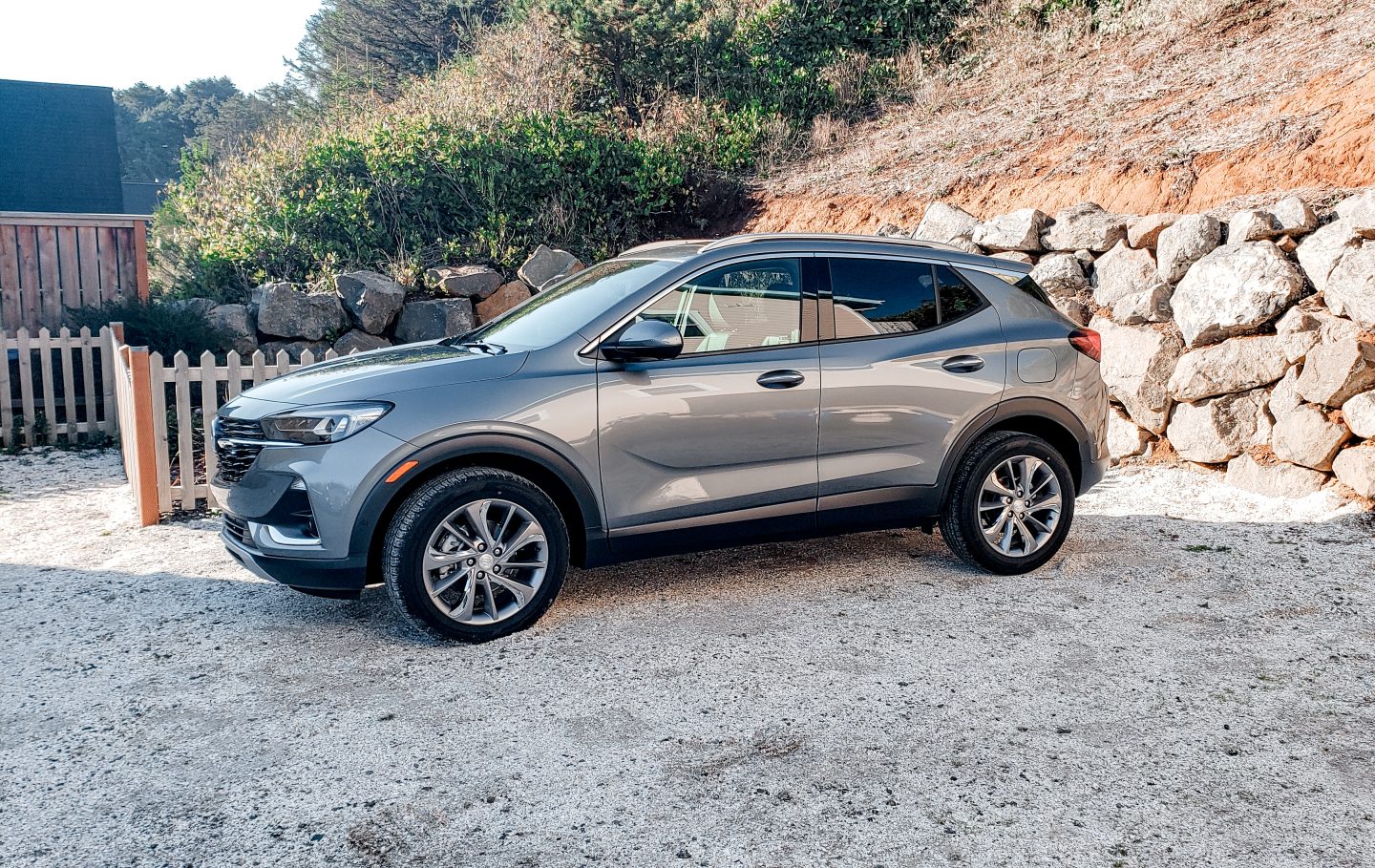 One of my favorite areas to stay on the west coast is Olivia Beach in Lincoln City, Oregon. The homes are brand new and have that perfect beachy charm, which is why I knew I wanted to spend it there again for our 8th anniversary. The neighborhood is also spectacular; perfect for families traveling together. I was hoping we would snag an Oliva Beach home with a hot tub so we could relax our old, sore muscles, but every house with one was booked. We were lucky enough to find the one we did (The Mermaids Grotto) at such a great price though since my husband still had a credit through his old job. 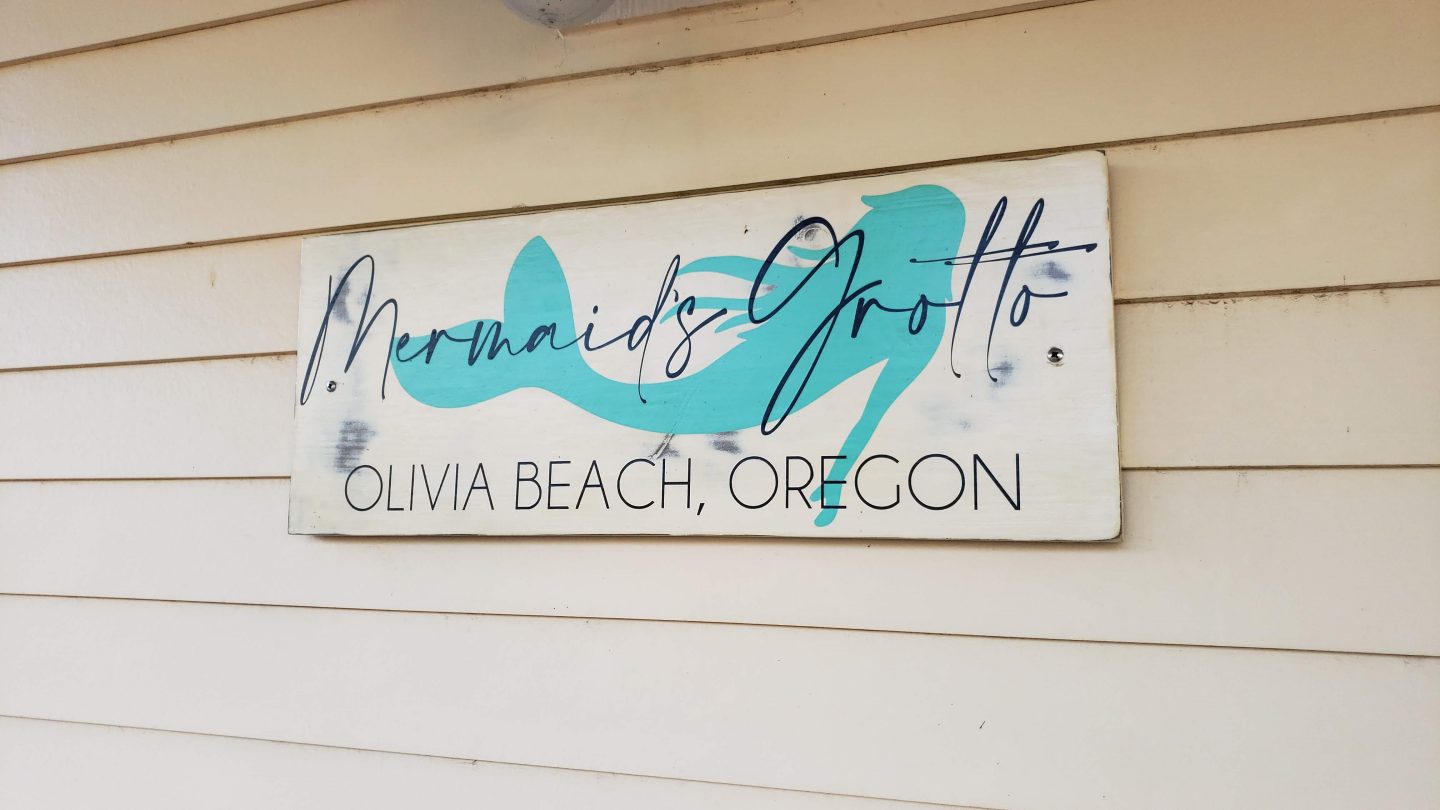 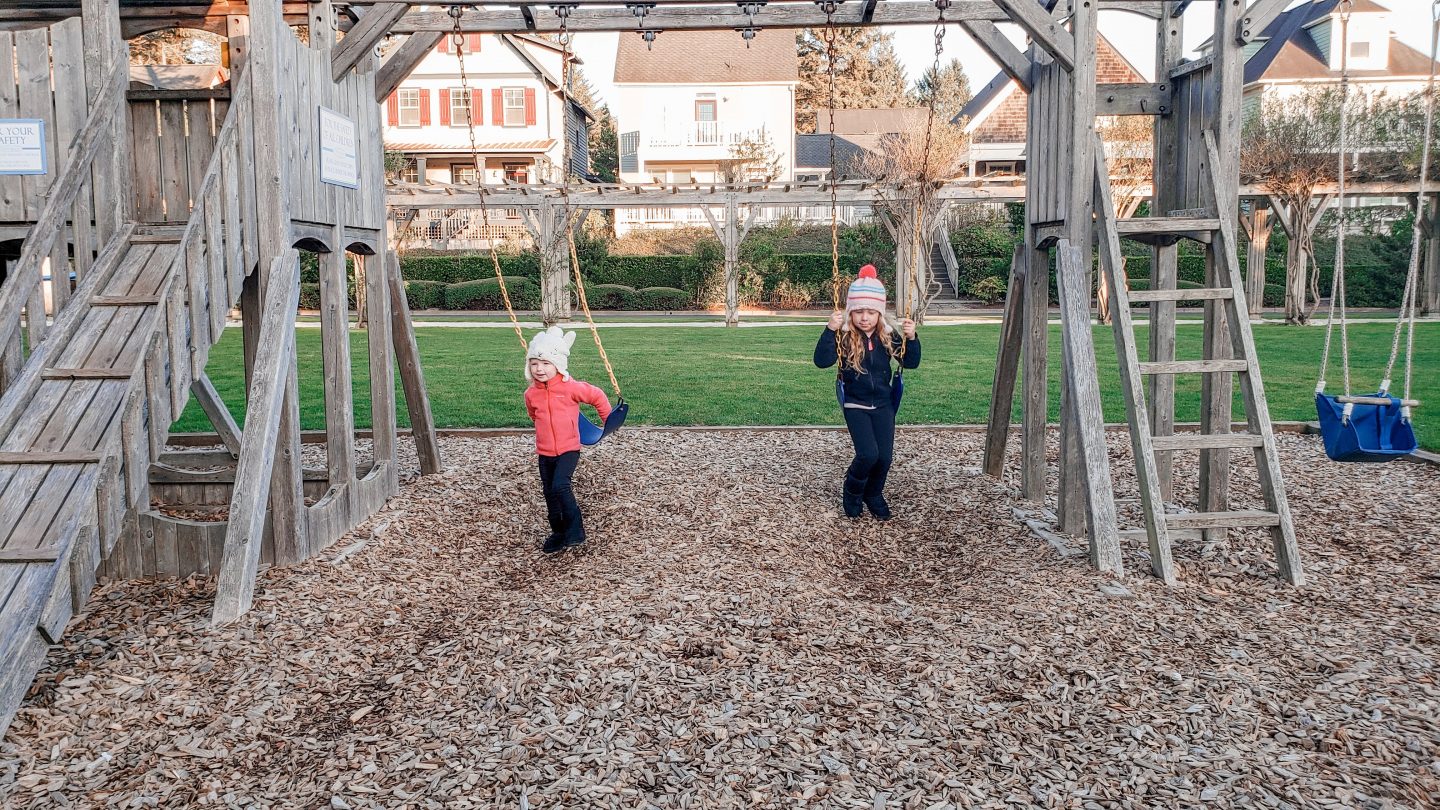 We were also lucky enough to get a chance to test out the Buick Encore GX Essense during our anniversary trip to Olivia Beach and I must say, it’s always neat trying out new cars that you might not have thought to try out otherwise, and this one had all of the bells and whistles to make our adventure a fun one! 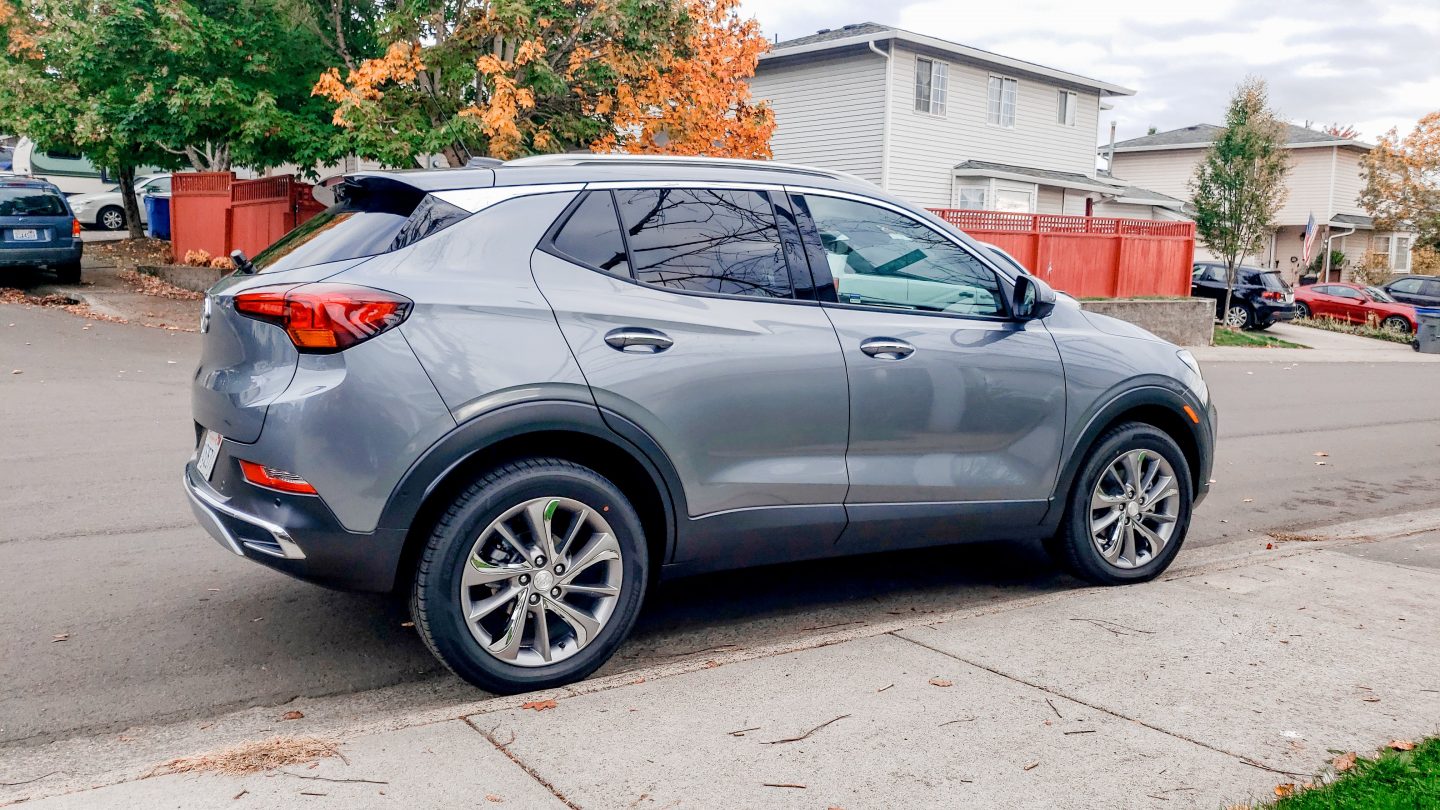 The Encore GX offered premium seating for five with leather-appointed seats, a heated steering wheel, a panoramic moonroof, and an in-vehicle air ionizer! 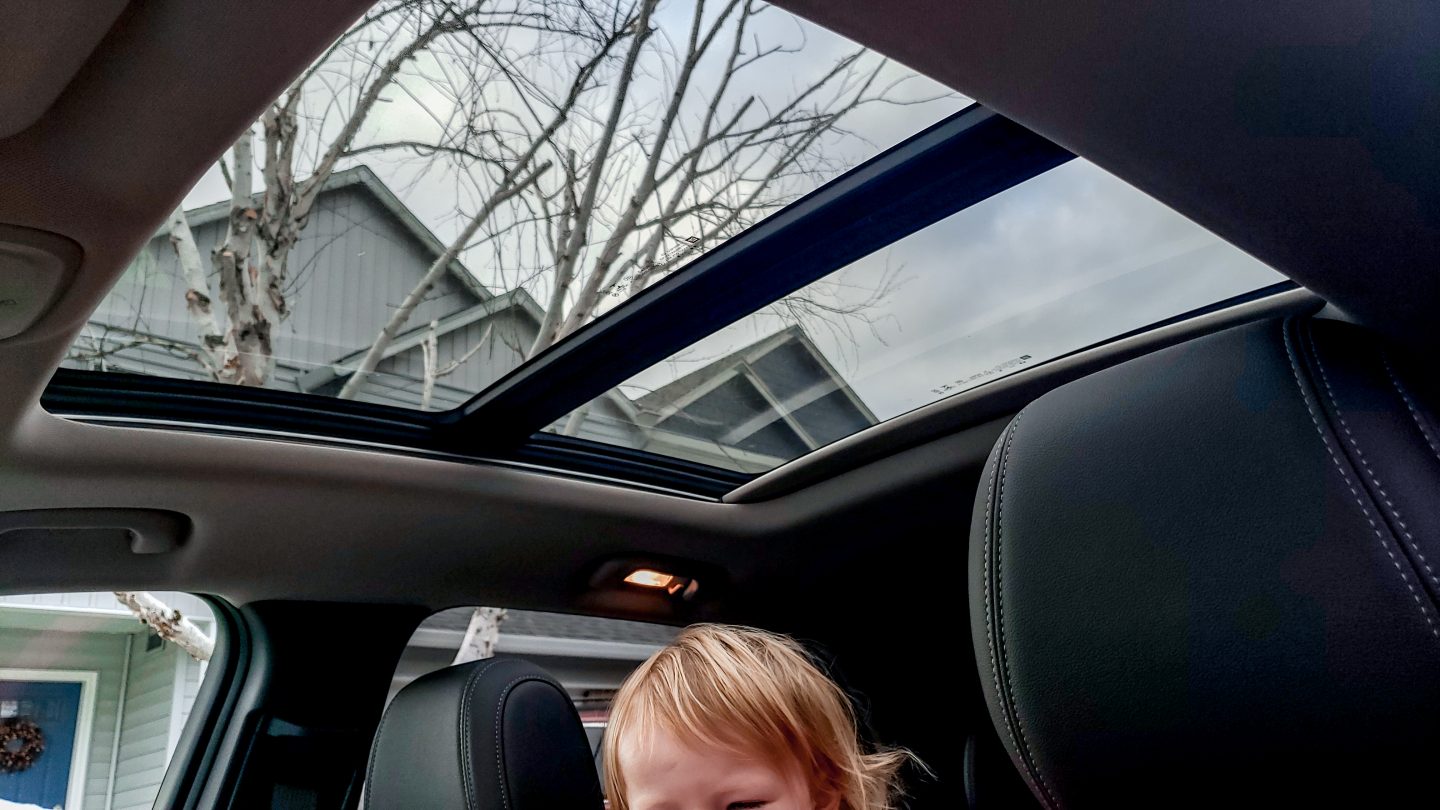 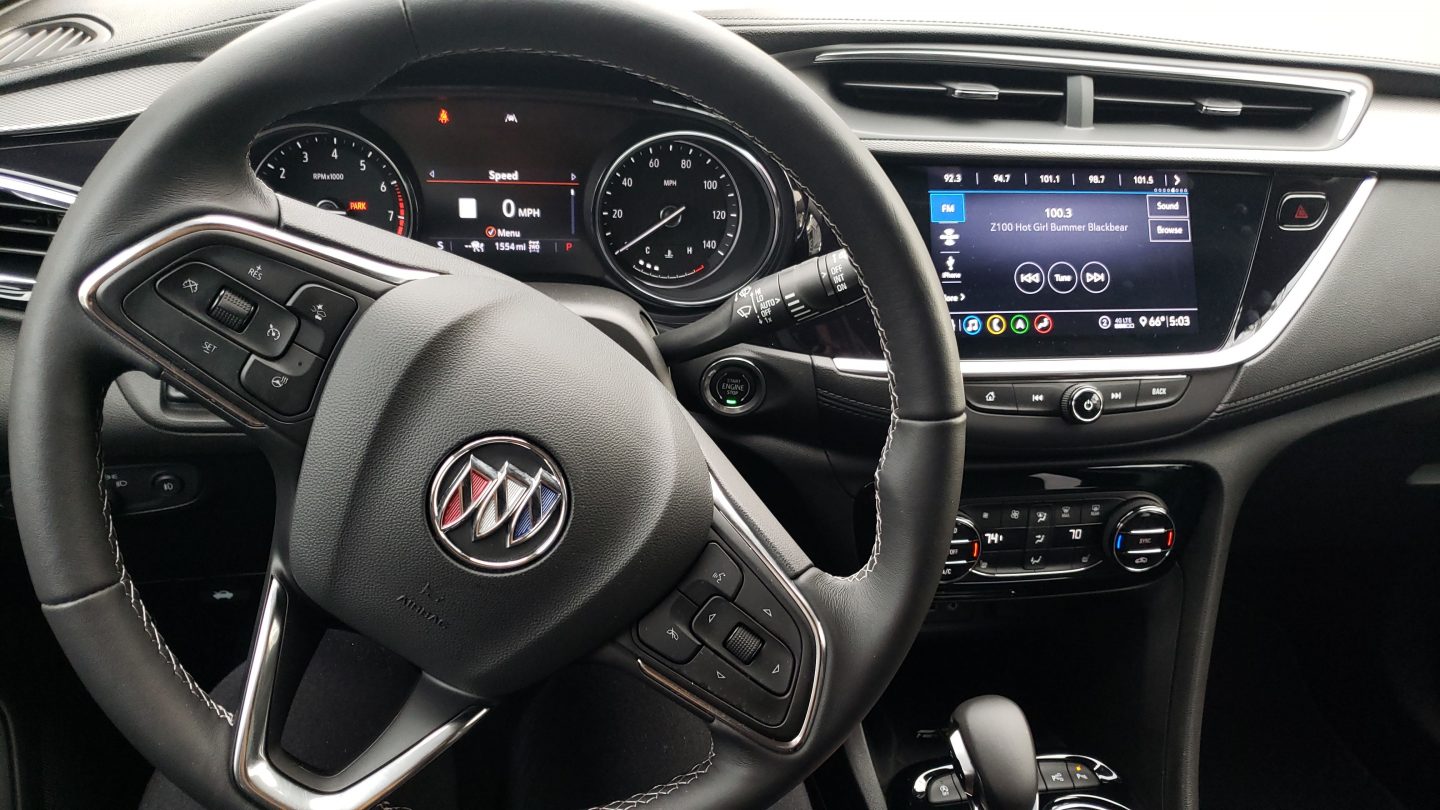 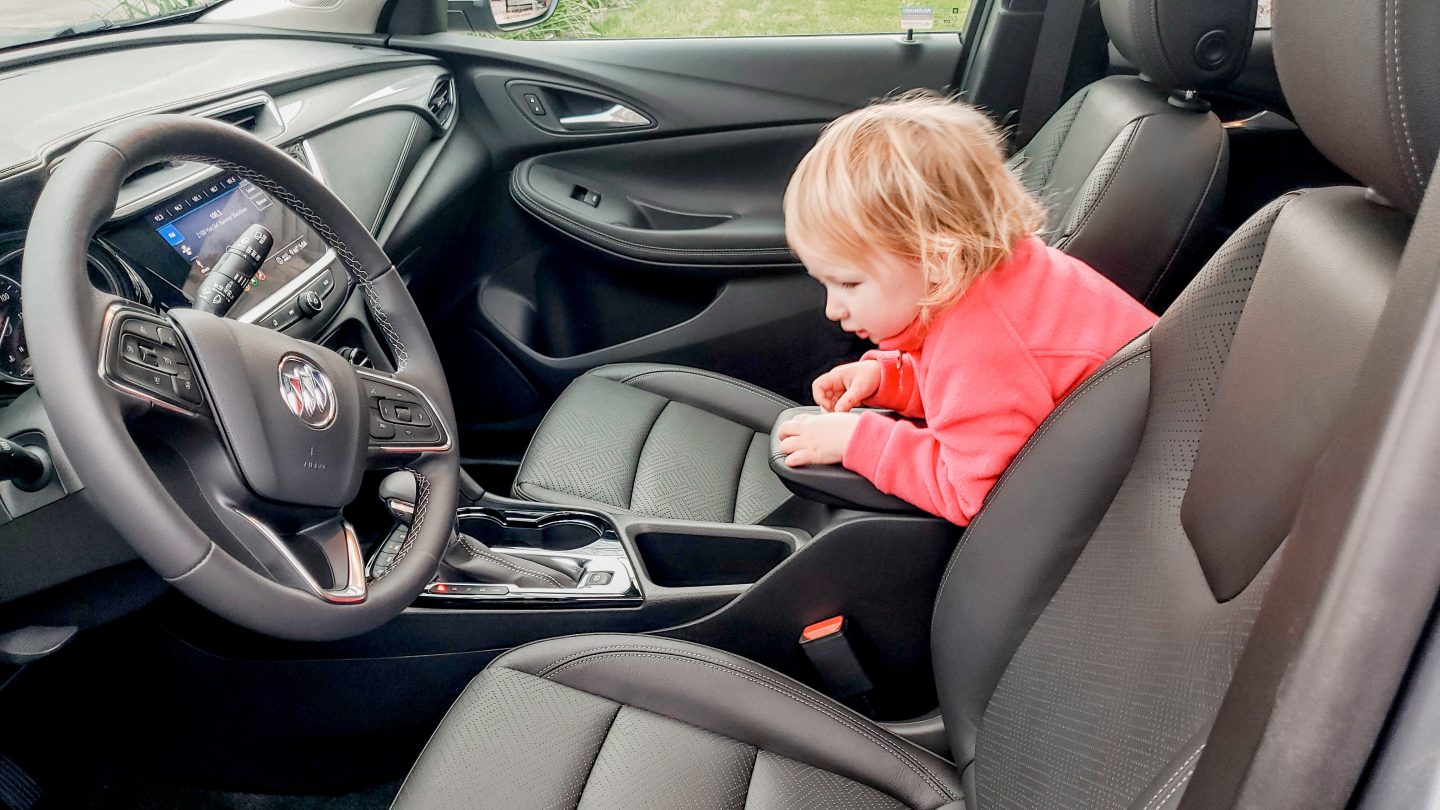 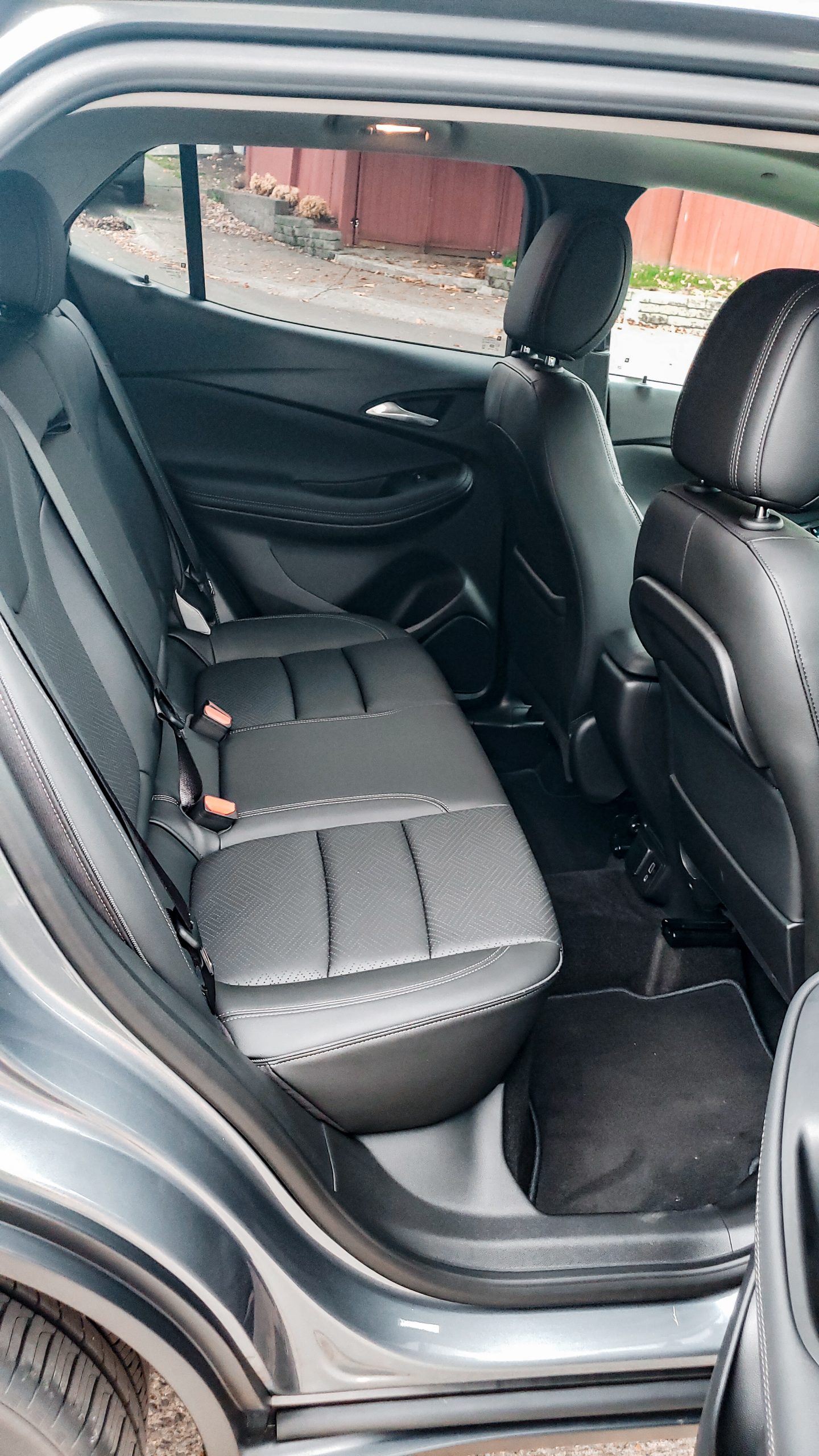 All of the above was so nice, especially the heated steering wheel since it has been chilly in the PNW. We didn’t use the panoramic moonroof since it was rainy and cold here but we did open it a little bit when the kids weren’t trying to watch a movie on their tablets during the drive. It was perfect since the kids could look up and see the trees and the sky and even play the “what does that cloud look like?” game. The air ionizer is great too since it’s like having your own air purifier for all the nasty pollution that can seep through the vents. Definitely an A+ feature! The Buick Encore GX Essense also had an HD Surround Camera which gives you a look above the car, which made backing up and parking straight a breeze!! That was one of my favorite features. 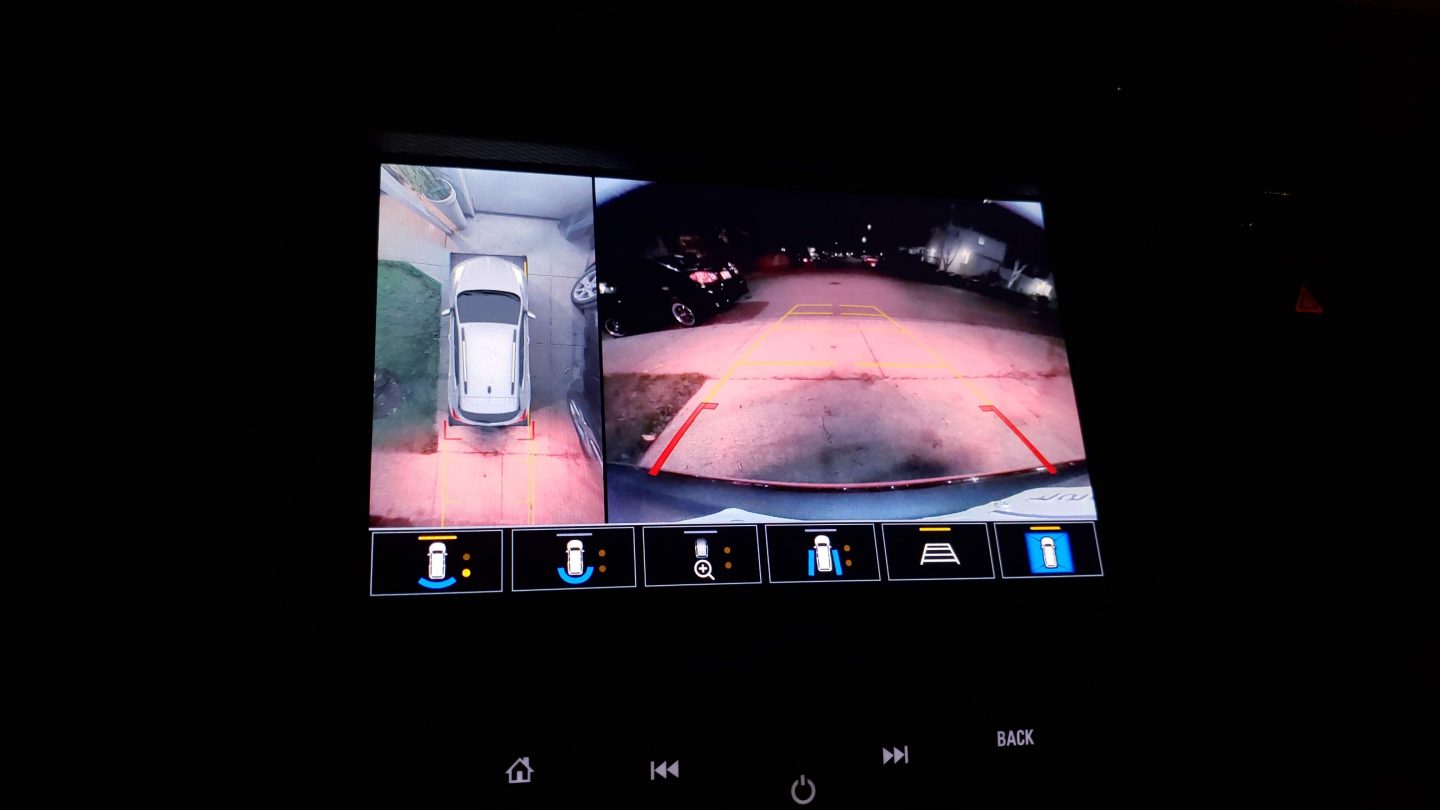 I must say though, the Buick Encore GX Essense had me a little bit worried when I had stopped at a stop sign or light. I wasn’t familiar with the start and stop engine technology since I have never had a car with it, so I literally thought I must be driving it wrong. After I ran an errand, I immediately came back home to read over the manual, and boy did I feel silly. If you’re unfamiliar too, the start and stop technology is where the engine will shut down while you’re completely stopped which can save you 5-10% on gas depending on driving conditions and technology used, but everything else still runs. It’s kind of neat now that I know it’s not a user error. And there is also a button in the cupholder area that will turn it off, but you’ll have to do it every time you turn the car off and on if you don’t like that feature. We got used to it and it ended up not being a problem, and hey, wherever we can save money is always a plus. 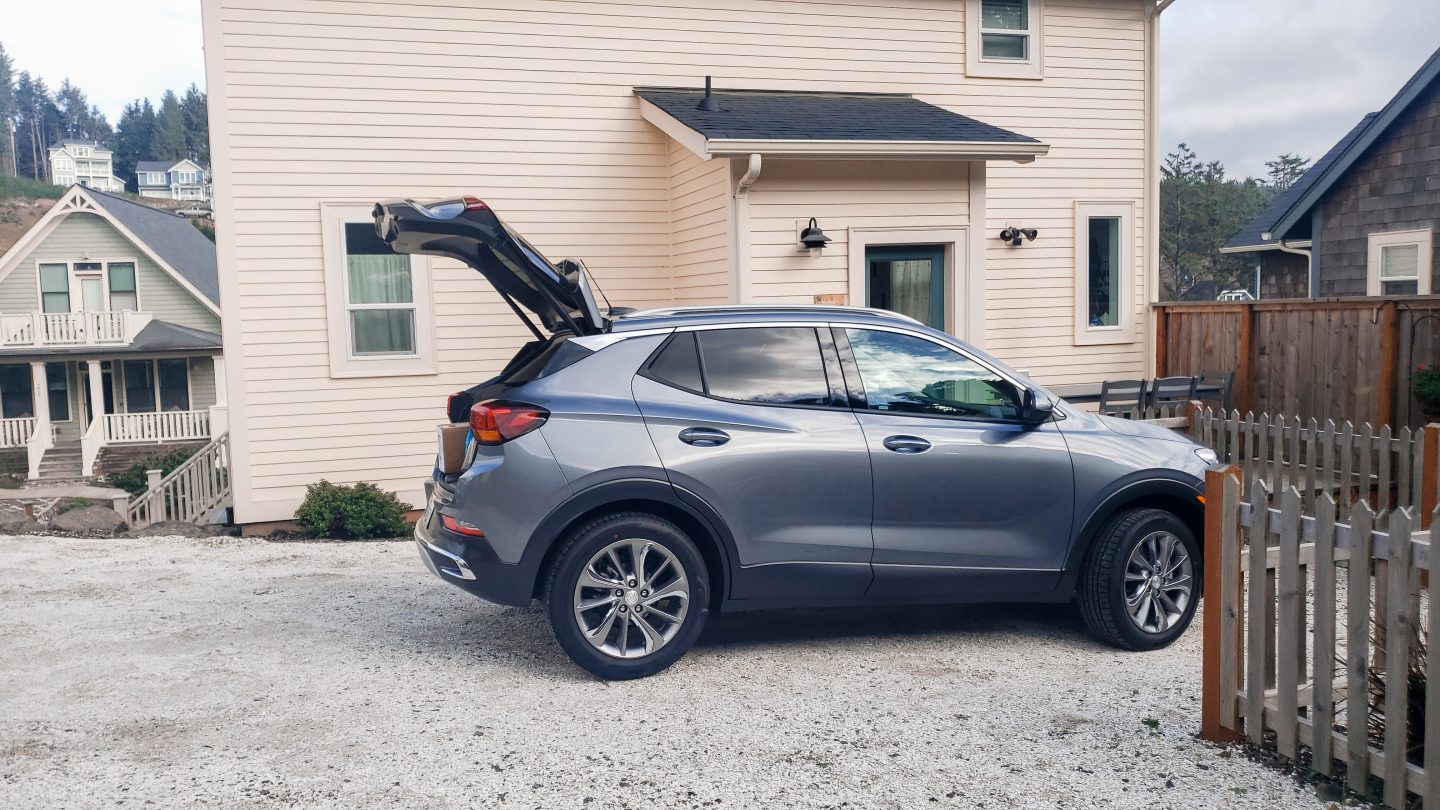 The Buick Encore GX Essense also had decent cargo space, which we ended up almost packing to the brim. The inside though, not so much, but we made it work. My oldest was fine because she’s in a booster harness car seat so it doesn’t curve out and up, but Delilah was cramped. We made sure to put her behind the passenger side so that her legs weren’t bunched up and so that us tall folk could drive comfortably. That is the only downfall of this small SUV, but it would be perfect for couples or even families with kids who aren’t in car seats. For more stats and info on the car, head over to Buick. 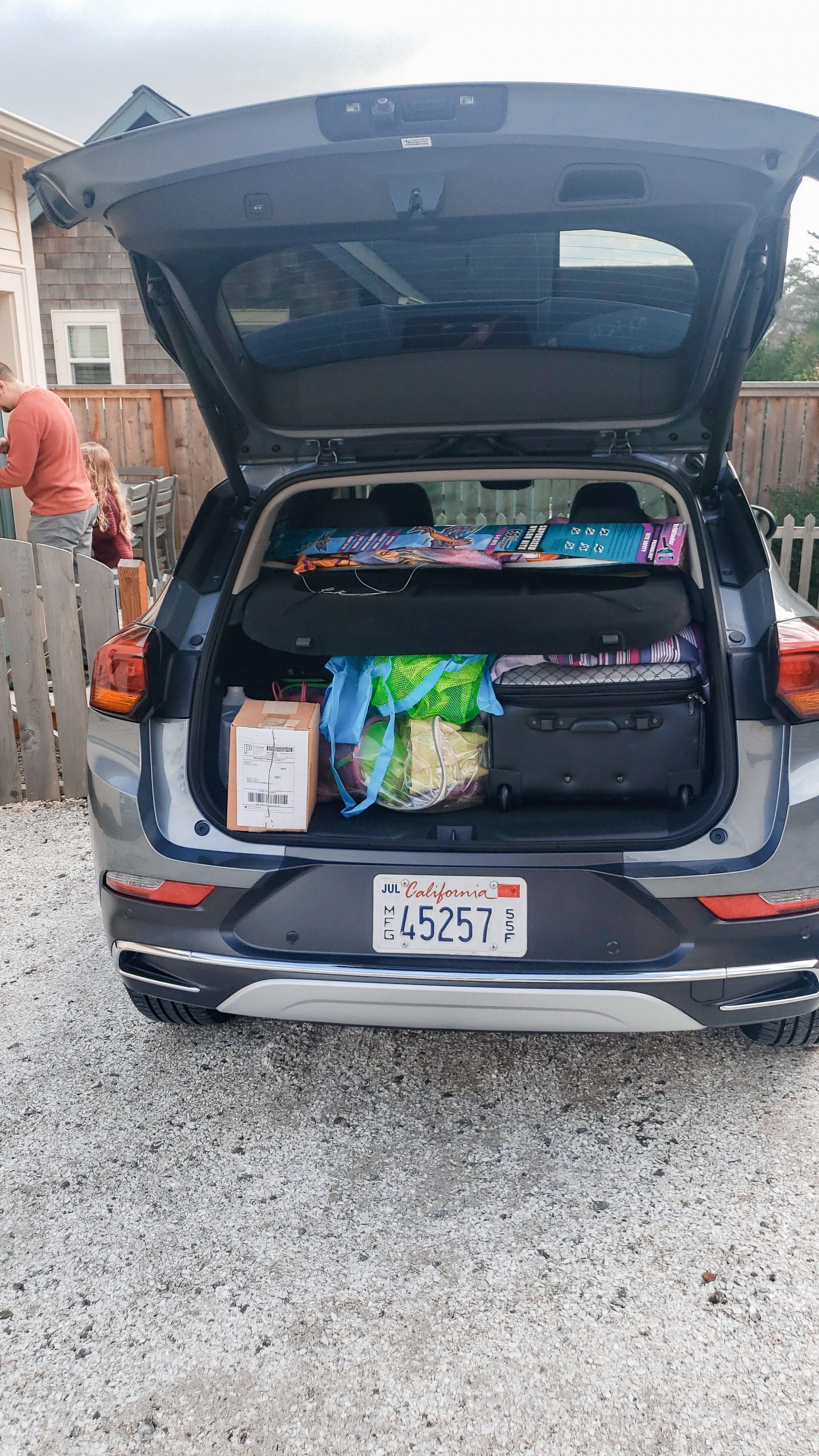 Our beach vacation for our anniversary never quite goes as planned when you travel with kids. We didn’t really get to do a nice out to dinner place in a restaurant because the kids were grumpy and tired, or some places were just closed because of Covid. But, here’s to hoping next year will be vastly different than what we have all experienced this year.

We did enjoy our time together at the beach in the beautiful home and the sporty Buick, so that’s a memory we’ll always cherish. 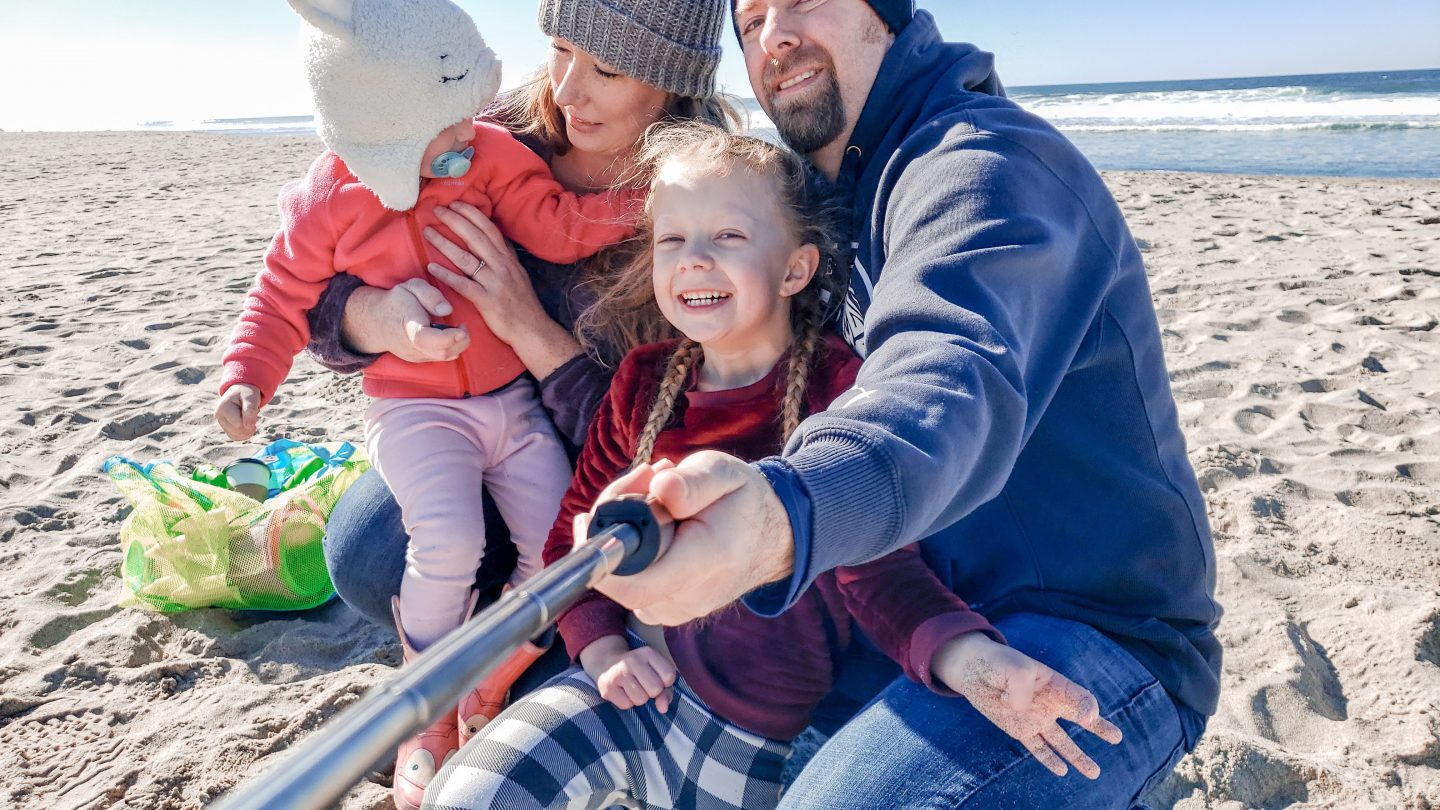 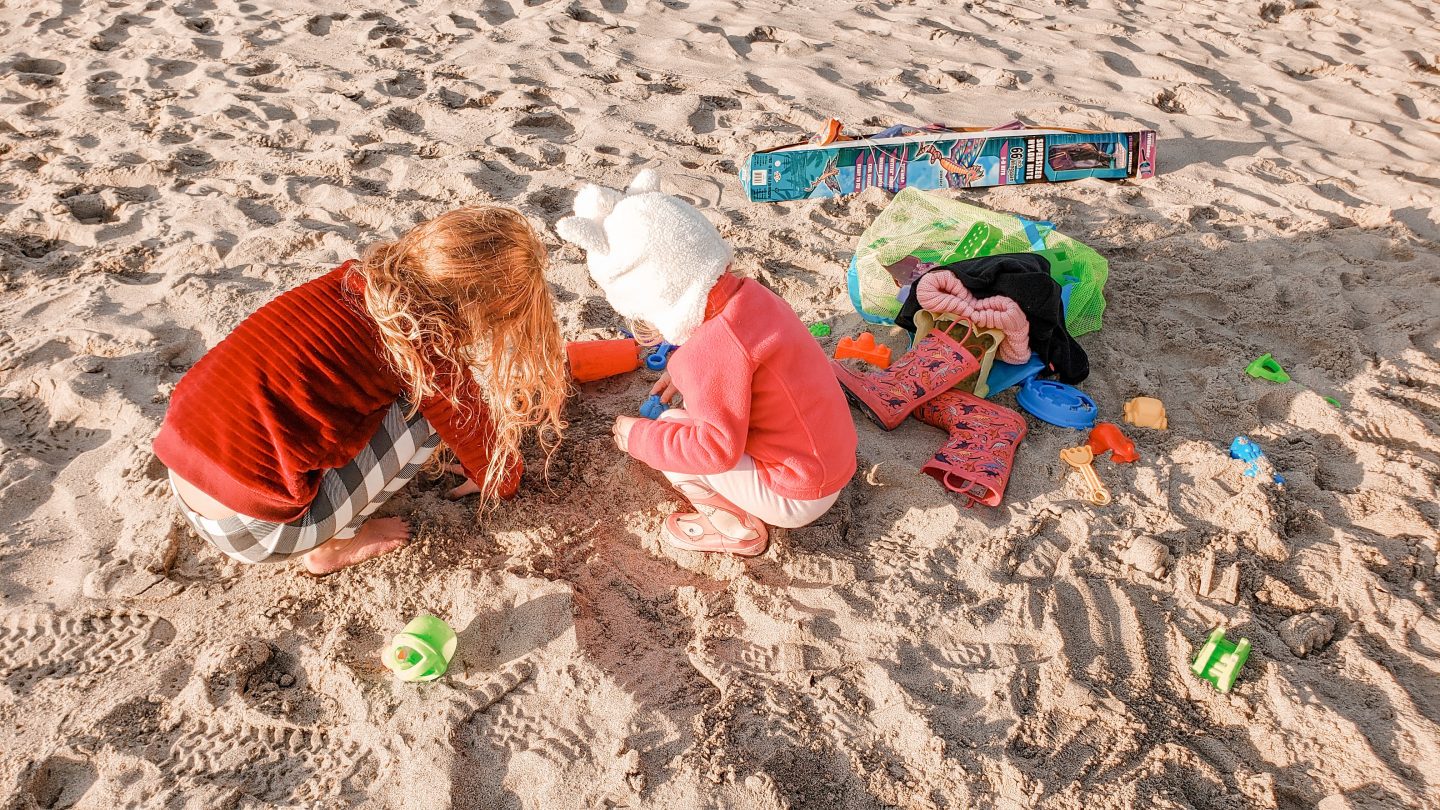 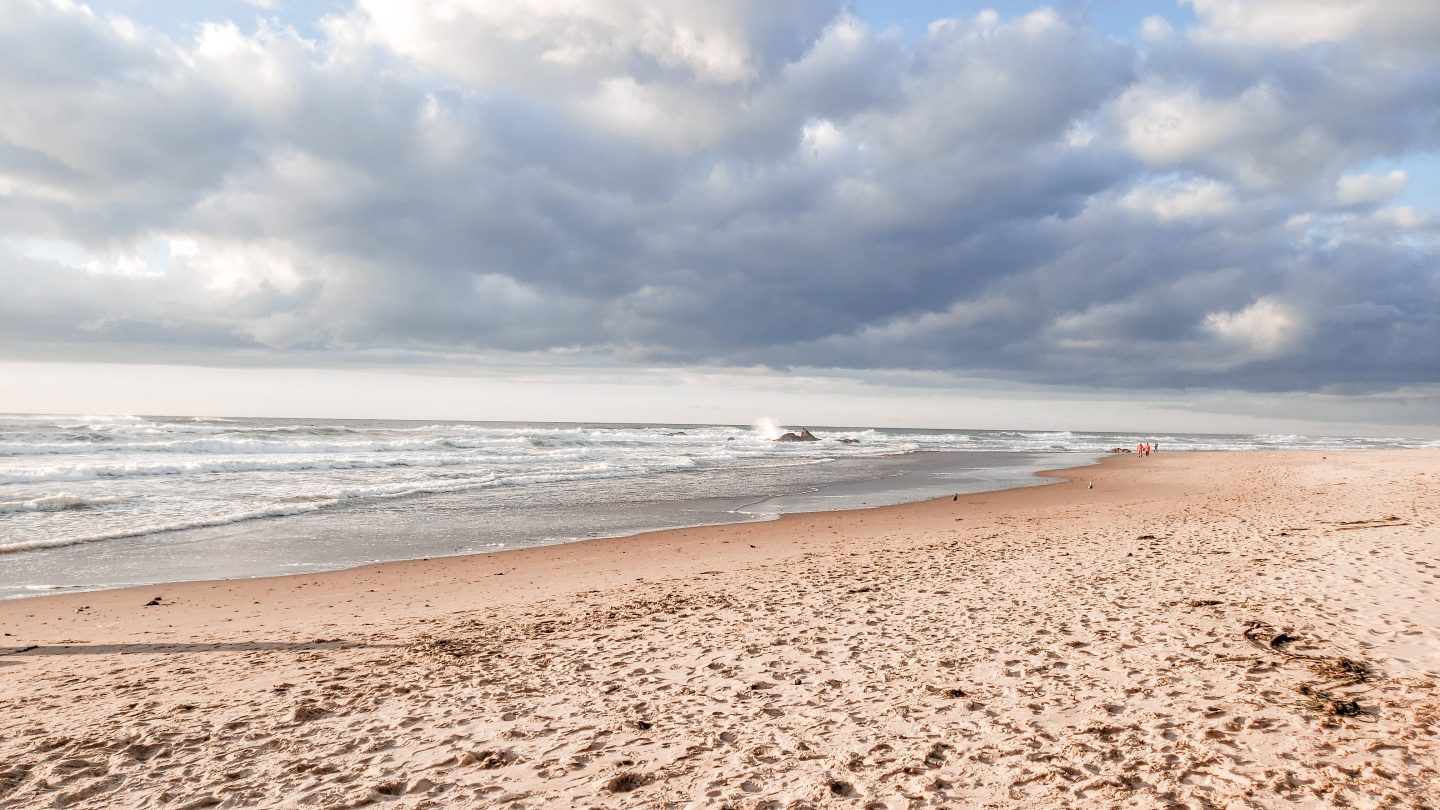 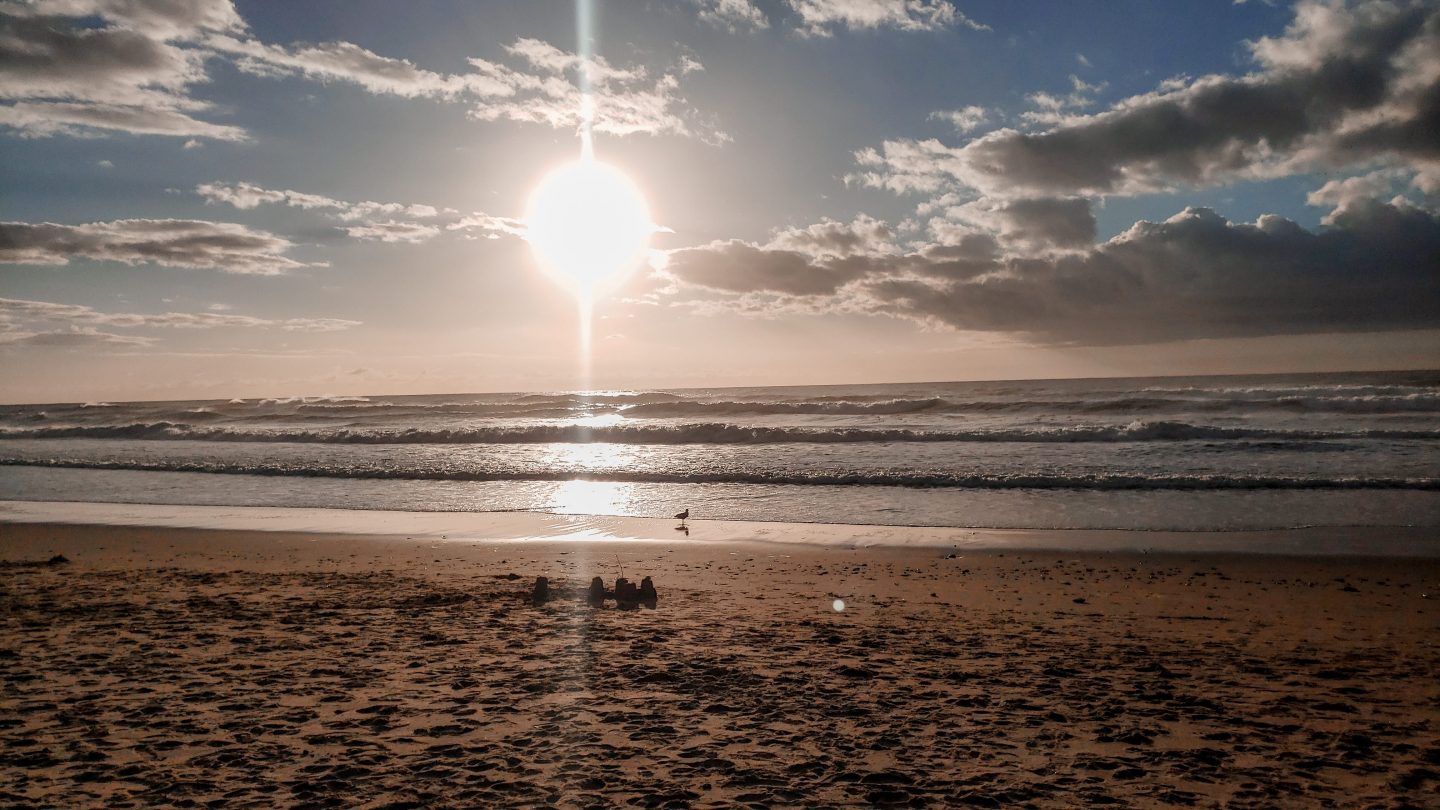 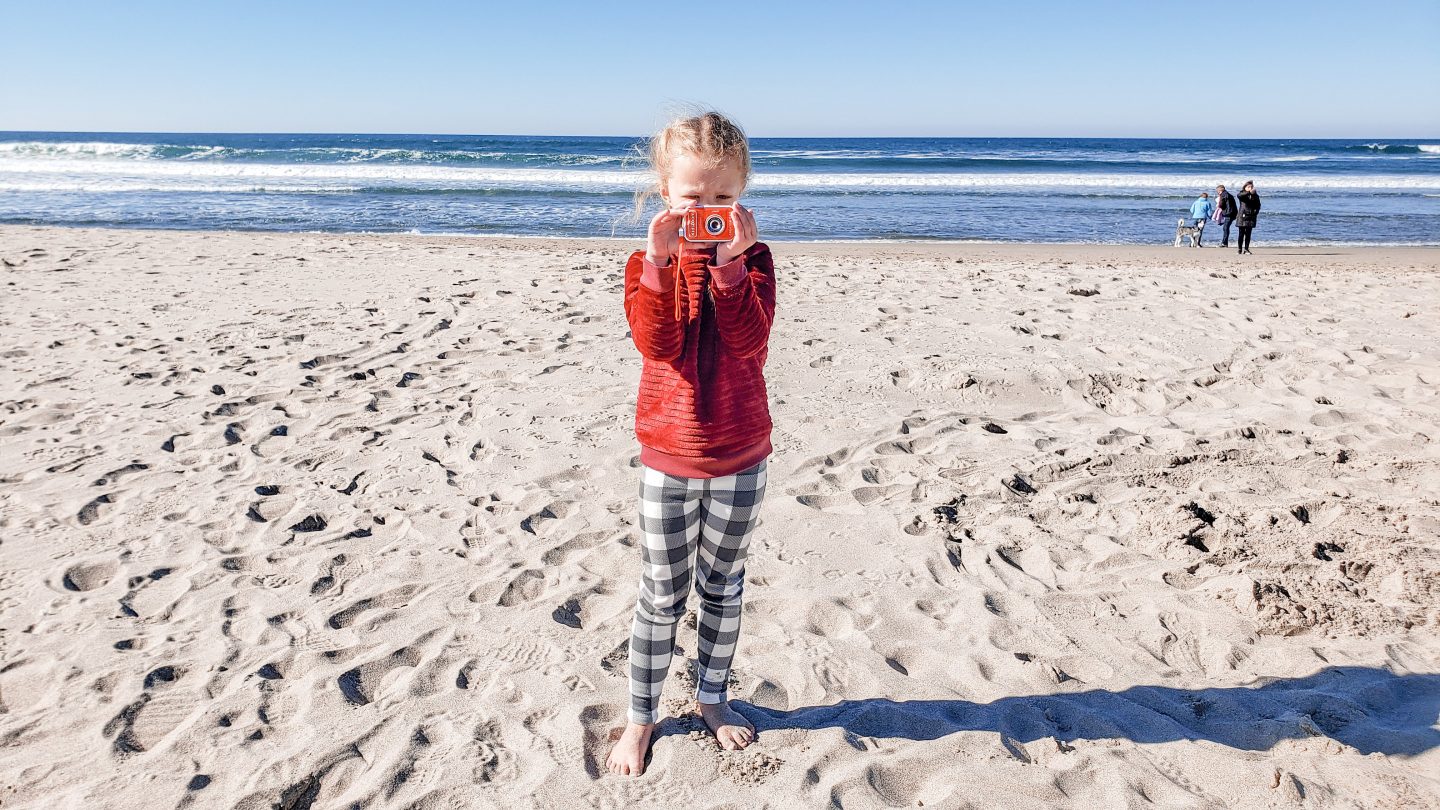 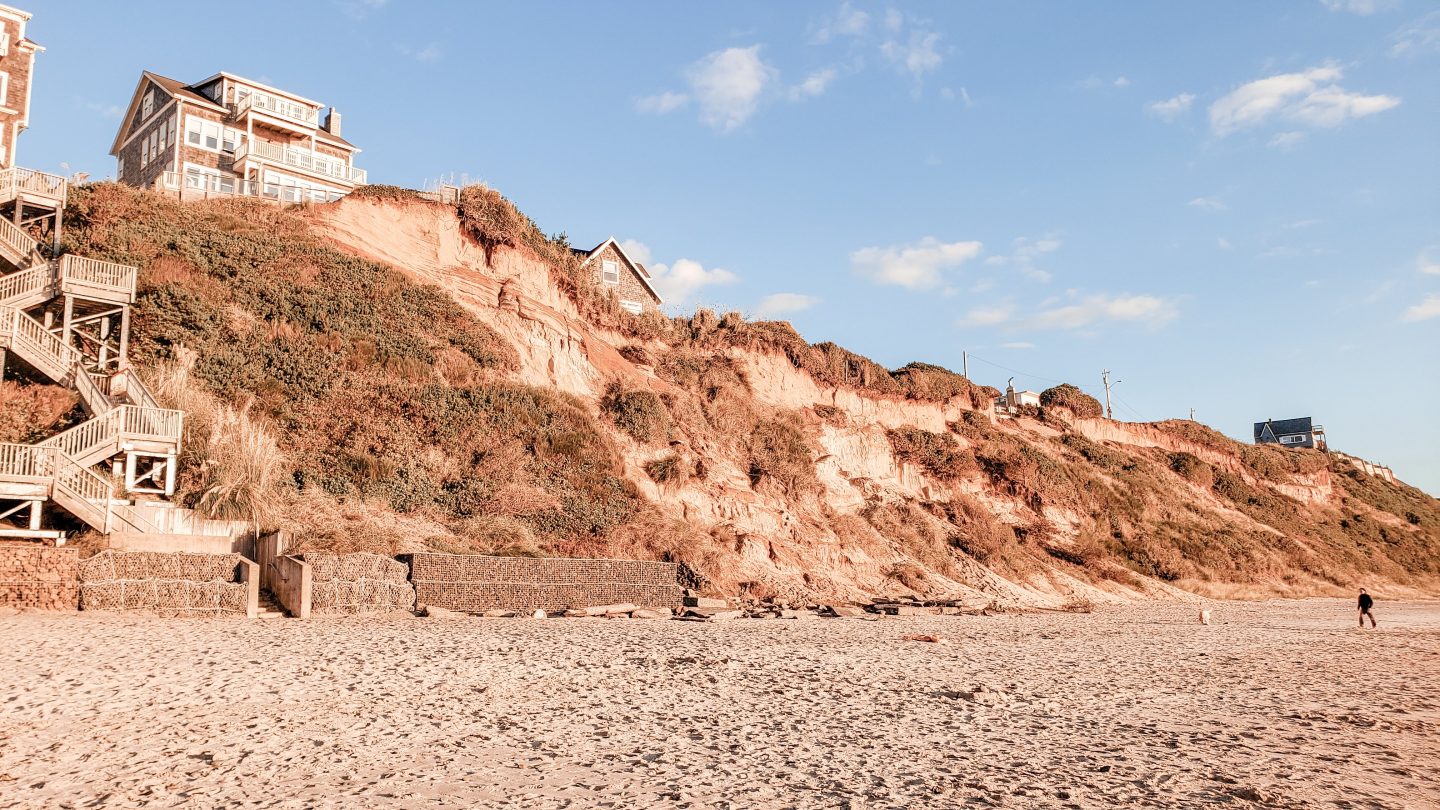 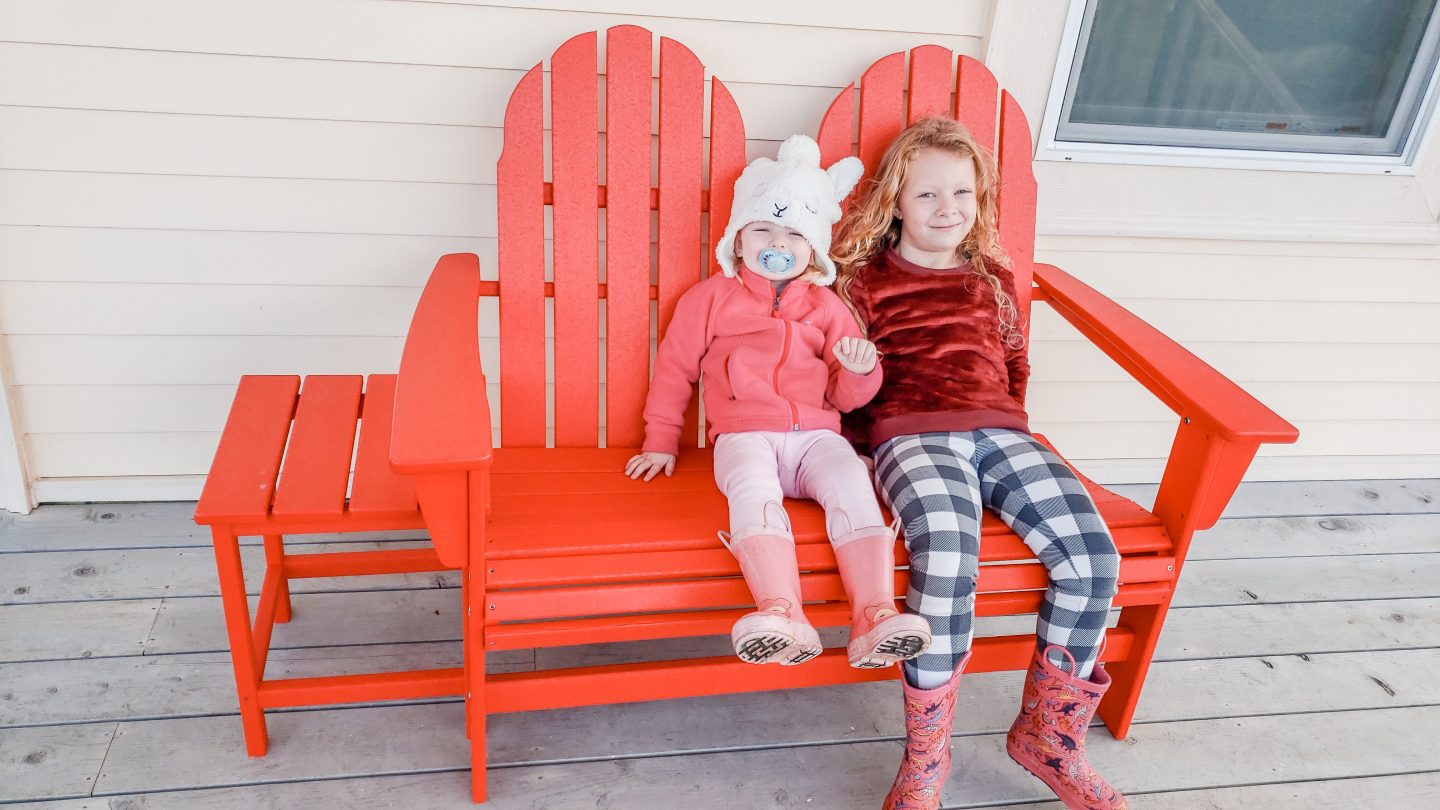 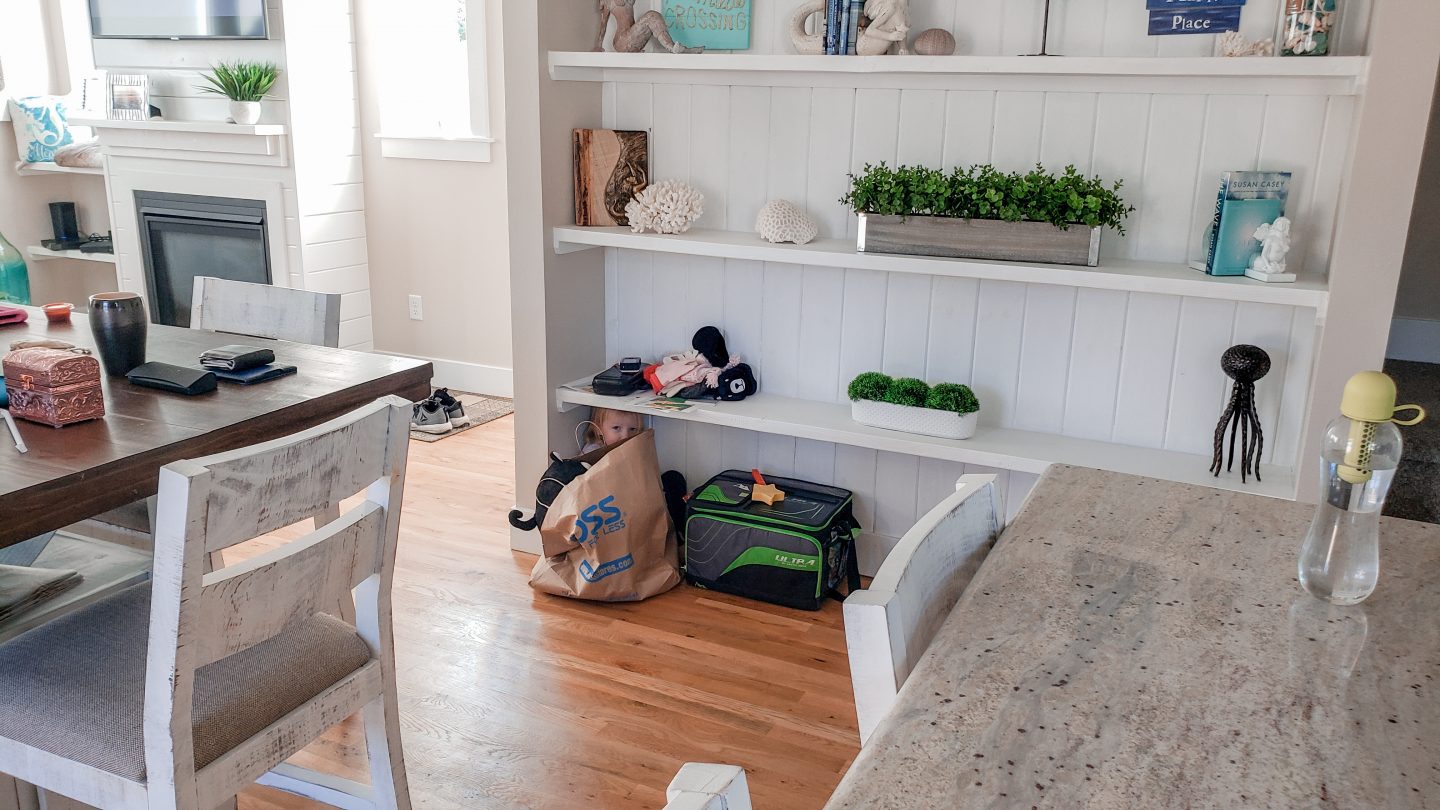 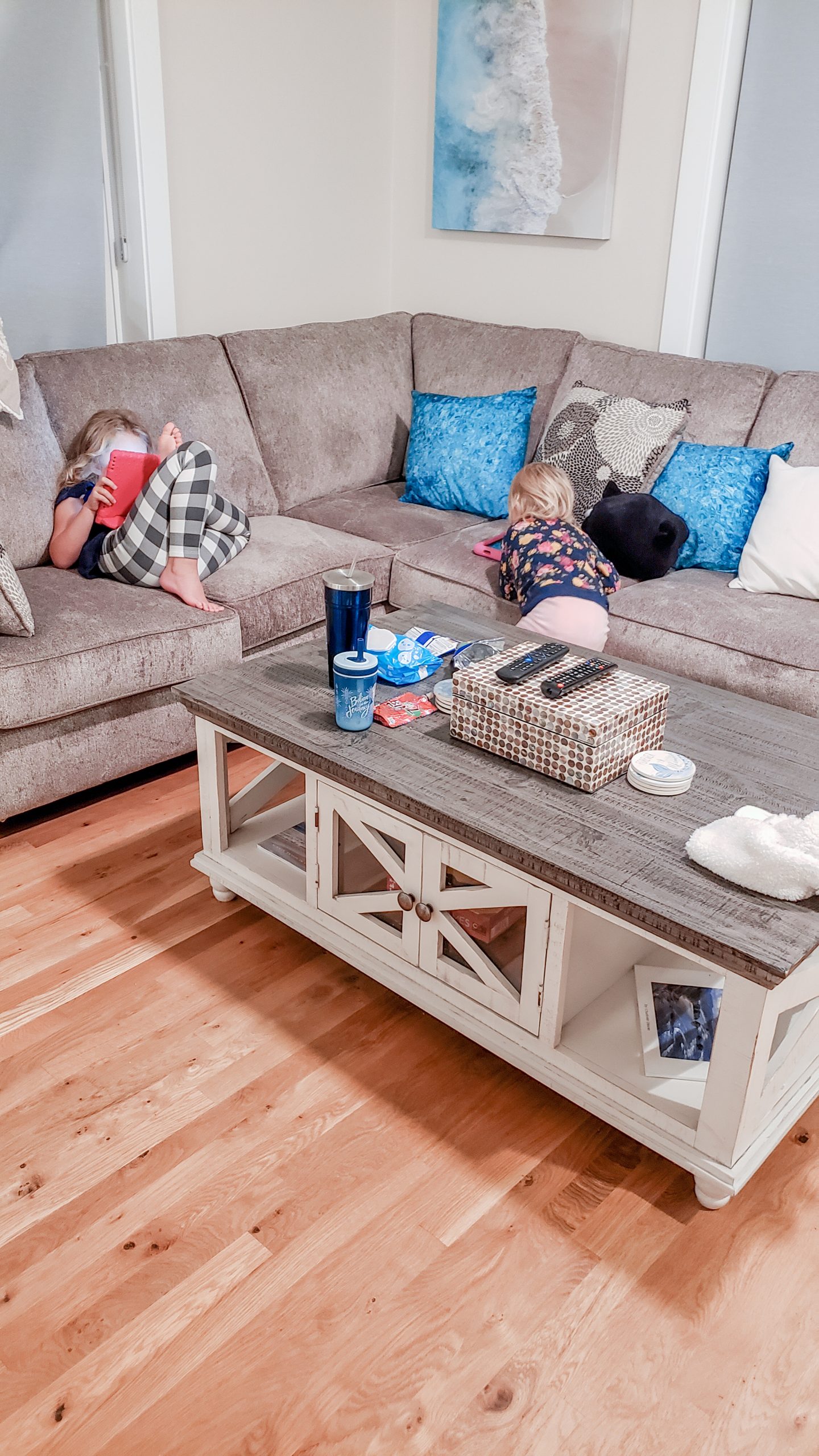 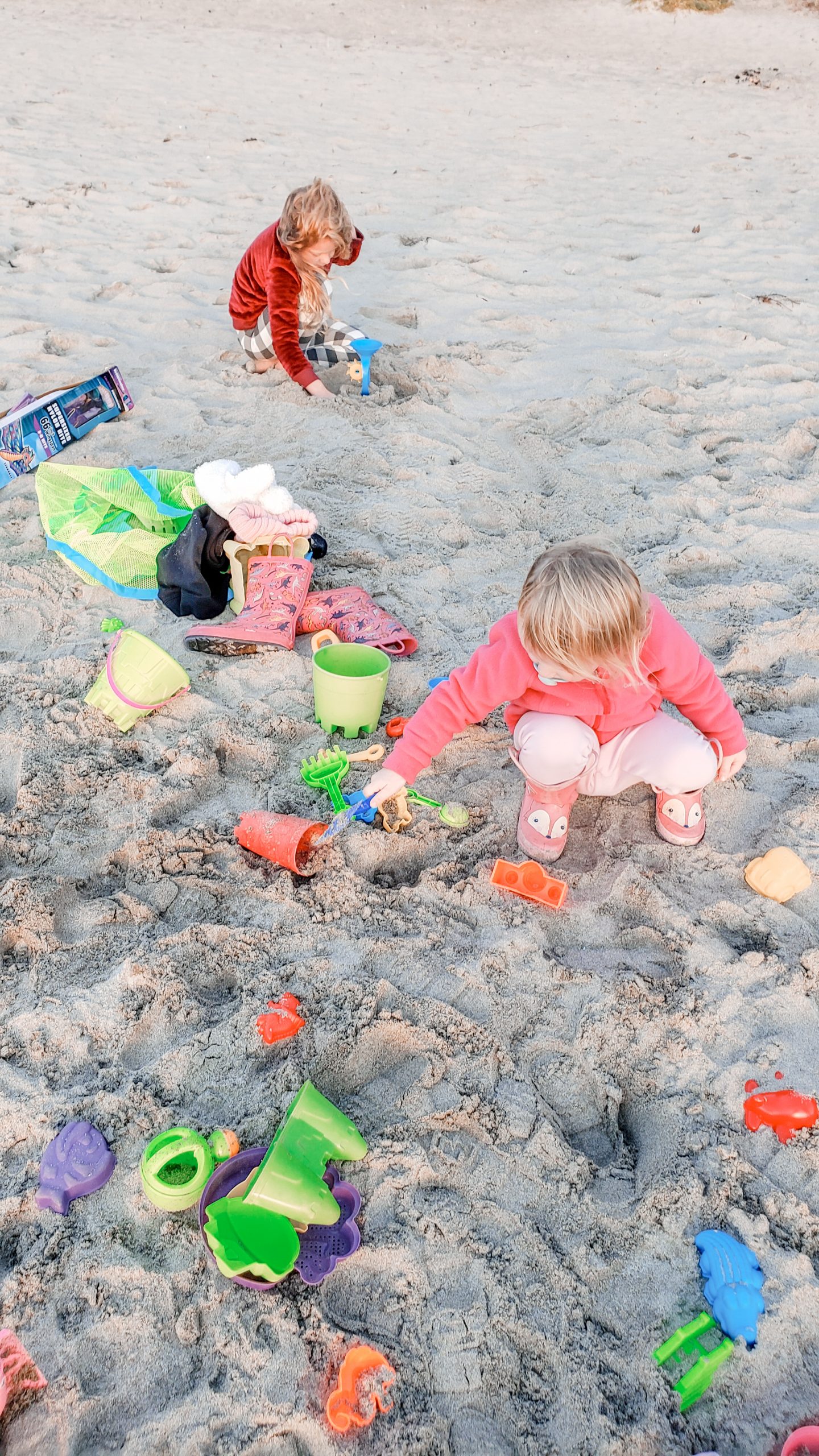 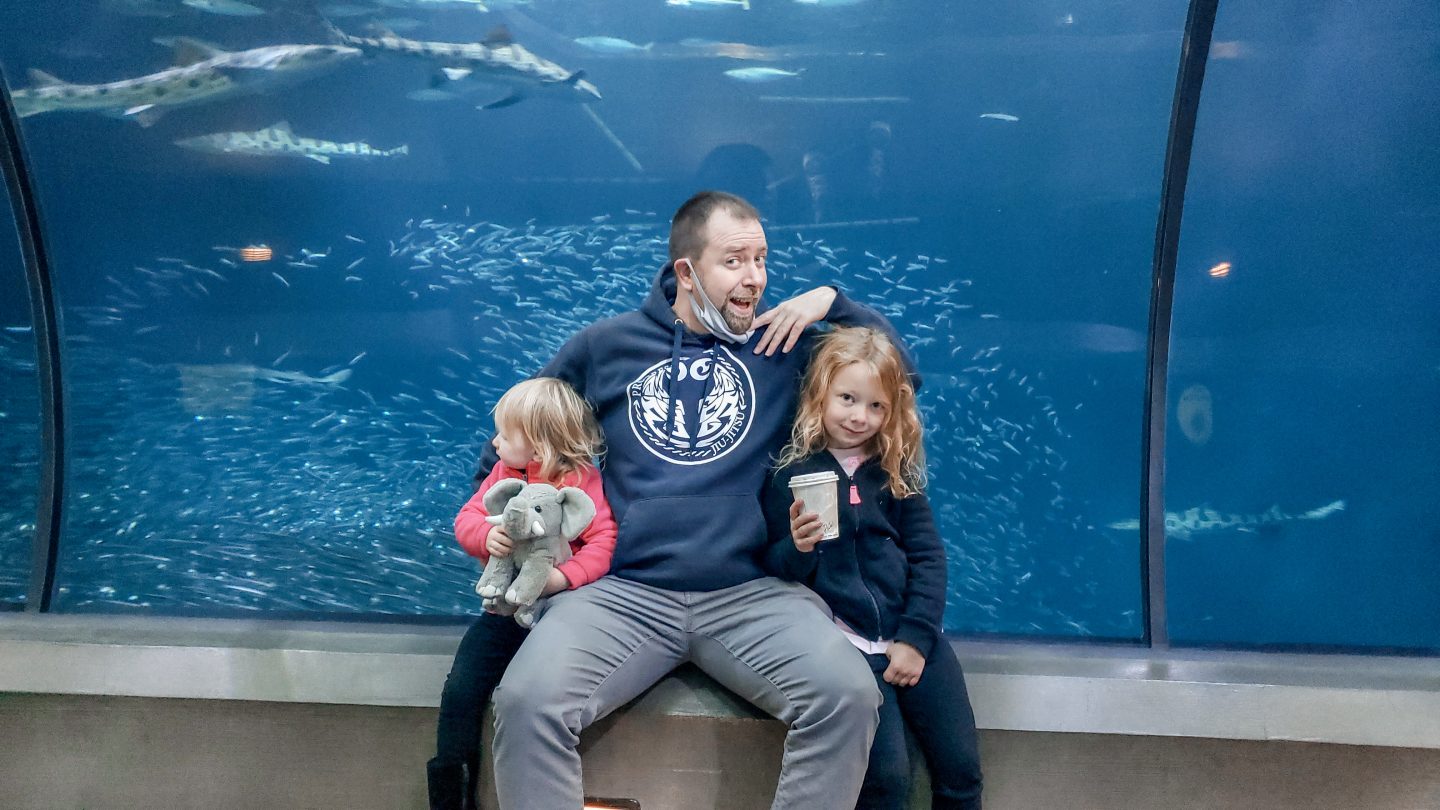 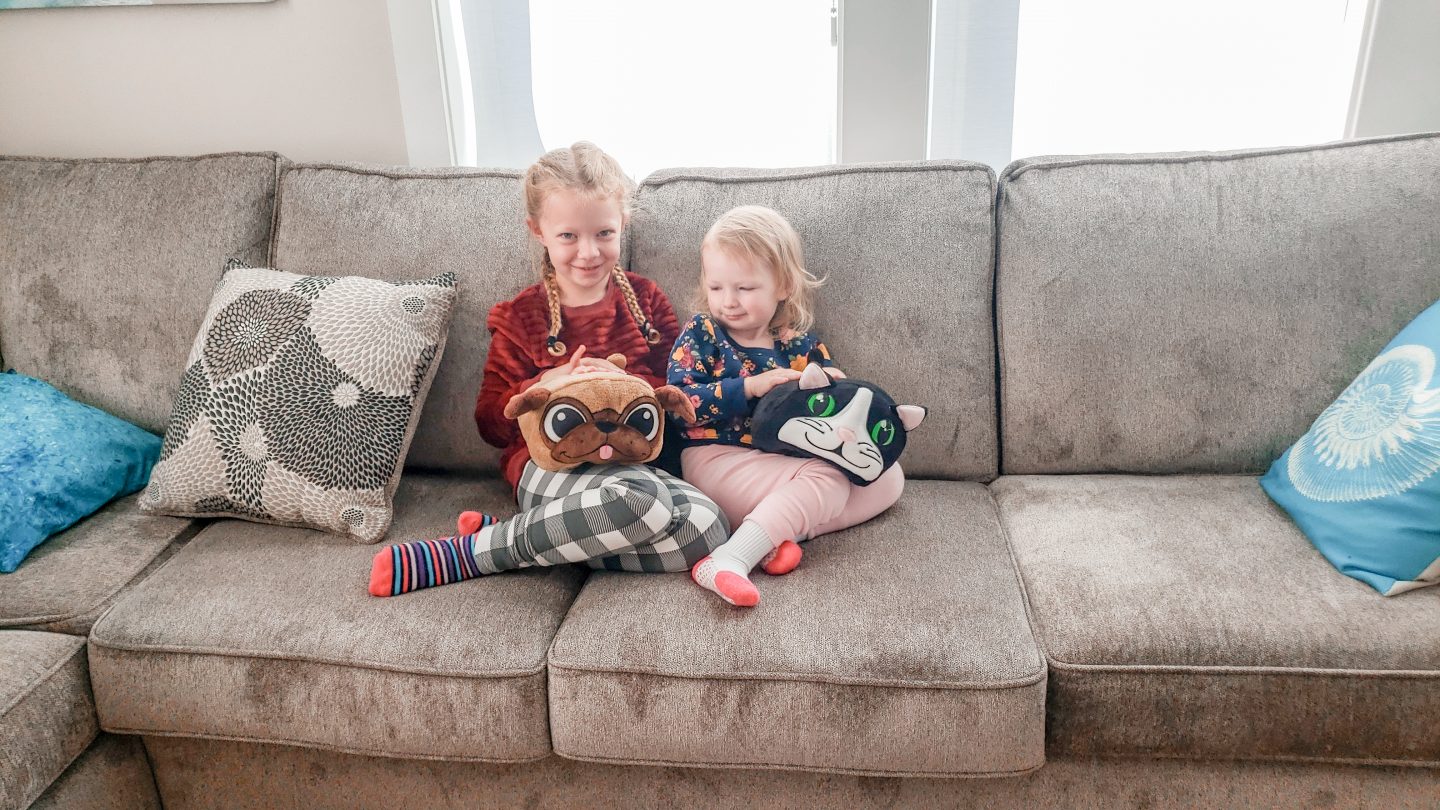 Where’s your favorite place to visit?