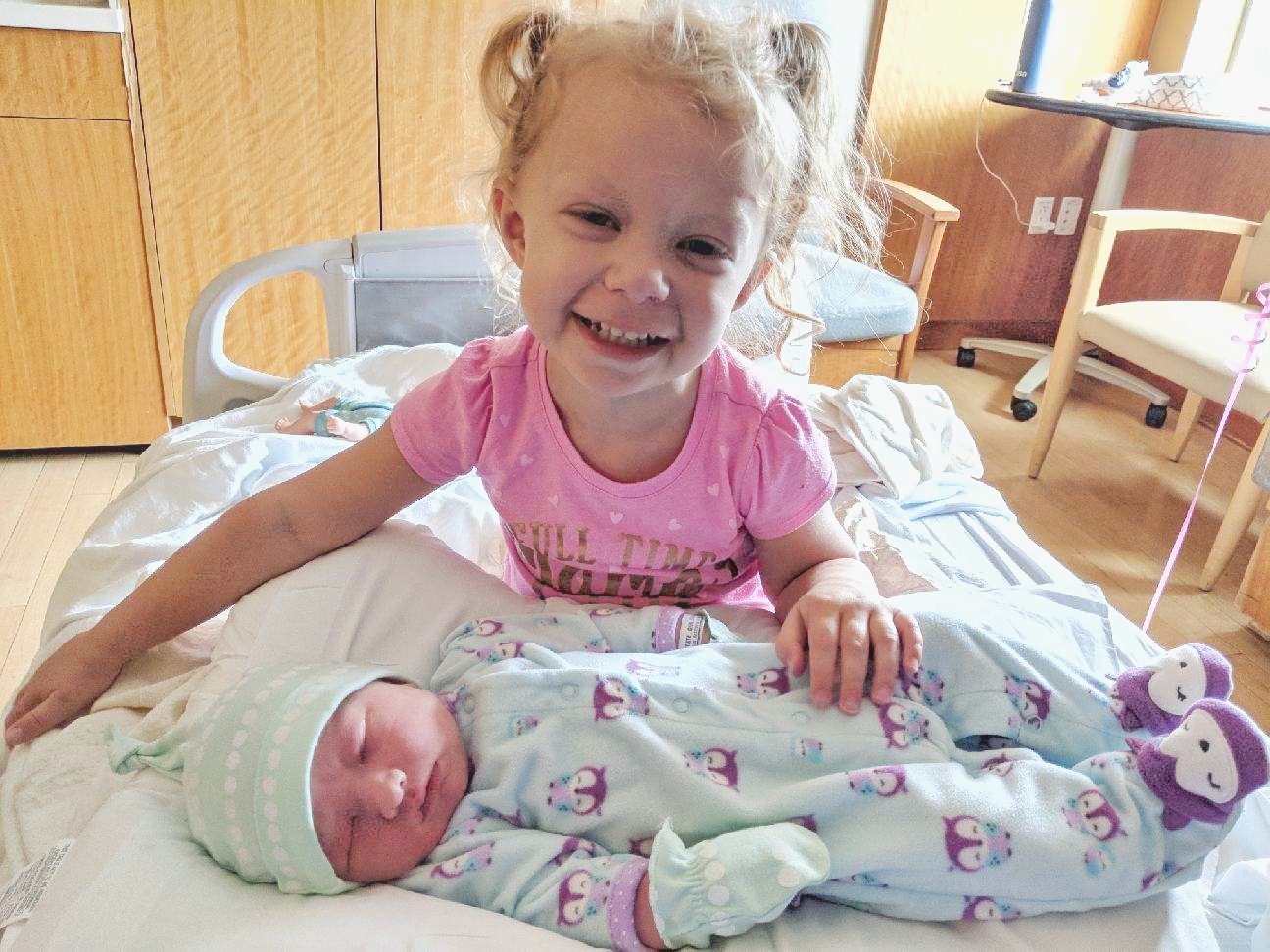 A few weeks before Delilah was born, we decided to do a cervix check. My OBGYN said I was at 4cm and 80% effaced, so I was walking around like that for who knows how long before that. My doctor was sure I wouldn’t be in labor long and would be having her soon, but, I knew to take what she said with a grain of salt since she said the same thing when I was pregnant with Arya, and dilation isn’t really an indicator of labor progression. Basically, you can walk around like that for months.

A day after my due date of May 15, my doctor was still surprised that I hadn’t gone into labor so she checked me again and I was 5cm and 80% effaced. She recommended that we do a membrane sweep and I just remember it hurting bad the last time I had it done with my first.

The good thing is it takes only a minute, but it is a little painful since they’re separating the sac surrounding baby from your cervix, and there’s a 50% chance of it starting labor within 24 hours.

It ended up being true in my case, because at 4:30am, I woke up to cramps and had to do a few bowel movements. I ended up laying in bed a little while longer to keep track of how fast the contractions were coming on, which seemed to be inconsistent in time, but they were constant so I knew it was probably time. At 6amish, I woke my husband up and said it was time to start getting ready and that I was going to take a quick shower. I knew I didn’t want to labor at home very long since my obgyn didn’t want me giving birth in the car on the freeway. Yes, she actually said that which brought on anxiety for me.

We arrive at the hospital and the contractions are becoming more and more painful to where I need to stop walking when they hit. We check in and they send me to the triage room. I guess to actually see if I am in labor. Nurse checks my cervix and says you’re about the same, 5cm and 80%. I believe she didn’t really think I was in labor since she hooked me up to a monitor to track heartbeat and contractions and made me stay in the small, warm triage room for a couple of hours or more. I don’t even recall exact time since I was laboring and just wanted to be in the room already before I had her in there. She calls the doctor on call since mine wasn’t and asks what she should do. I was just thinking to myself, just because I am not screaming in pain like you see people in the movies do, does not mean I am not in actual labor. I was feeling so nauseous from the pain that i had my husband hand me a barf bag from the room. I told her I was feeling sick and it’s becoming more painful so she decided to check me again and I was at a 7. I think at that point she finally believed me, then she started to haul her ass and get me into a delivery room.

I told her I couldn’t handle the pain anymore and wanted to get an epidural set up. I don’t care if you labor drug free, all natural, with drugs or whatever. It’s up to the mom and no one should make you feel ashamed of your decision if it doesn’t fit in their ideal.

So we get set up in the L&D room, and about 15/20 minutes later, anesthesiologist came in the room to do my epidural. It may seem scary but it was worth it to me to be able to labor in comfort. The needle doesn’t hurt that bad, in fact, I find the hand IV to be more painful and annoying.

Although, If I laid on one side to get baby to position correctly, I could feel the contractions on the opposite, but not near as bad without the epidural.

About an hour or 2 later, on call doctor comes in to break my water since I was still at a 7, so, I wasn’t laboring as fast as my doctor thought I would.

Some of my contractions were lasting 6 minutes, which was putting stress on baby girl since her rate would decline. So, the nurse ended up putting an oxygen mask om me to help supply the extra oxygen to her. Basically, everytime a contraction would happen, it’s like baby is holding her breath is how she explained it and it’s very taxing on them especially for that long. So now I was kind of scared and just wanted her out.

At about 1:30-2pm, they check my cervix again and I am at 9cm. Then 45 minutes later since I wasn’t feeling the urge to push, they told me they wanted to start me on pitocin. I told them that didn’t make much sense at 9cm when it could be any time now, and I declined.

Then at 3pm or so it was time to push. I could feel the urge even though I had an epidural in place. I still felt pressure and knew when a contraction was coming on and had function in my legs the whole time. Most people assume you’re paralyzed from the waist down but it’s not true at all.

With about 50 minutes of pushing, Delilah Rose was finally born at 3:53pm weighing 9lbs, 6oz. 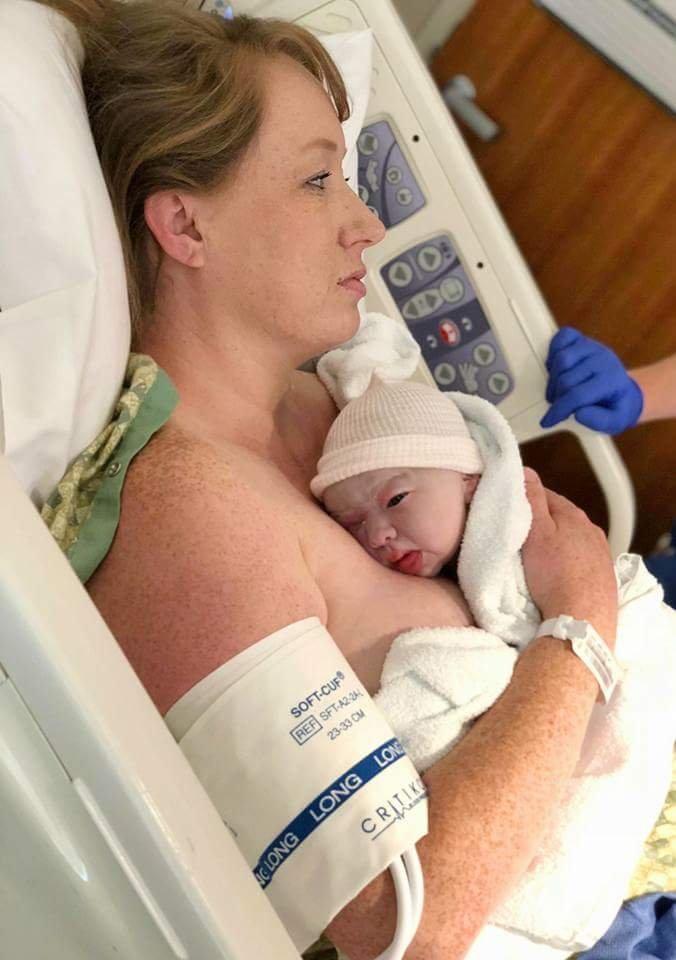 I really wasn’t expecting a 9 pounder, but I guess it makes sense with all the issues I had with pelvic pain and an overall heavier feeling in general.

I had a 2nd degree tear this time and I am pretty sure I poo’d twice vs none last time. But you know what? You don’t give a crap in the moment (no pun intended) and neither do the doctors. As fast as it comes out, it disappears even quicker since nurses are on it to get it out of the way. I only realized it happened when she started to wipe my butt after I took a break from pushing.

I know that was one of my fears, but meh, it’s not a big deal. You’re told to push like you’re going poo so it’s bound to happen.

Once she arrived, I told them to delay cord clamping, no vitamin k and no hep b shot. And this time they didn’t act like I was committing child abuse. They just made me sign a paper for legality reasons saying I decline the shot.

The nurse said I was bleeding more than normal, but she kept pushing on my stomach over and over for like a half an hour. She said I lost so much blood that she needed to start pitocin in my IV and stick something up my butt to help slow the bleeding. I think if she wasn’t pressing on my stomach trying to make everything expell all at once, that I wouldn’t have needed that done. It was painful and annoying to say the least. They never did all of that when I had Arya.

I ended up staying at the hospital for 24 hours and decided to leave since I was feeling fine enough to not be there, plus I wanted rest. They’re in and out of the room every 30 minutes it seems like.

My husband stayed at home with our 3-year-old since there was really no where for them to sleep.

Plus we didn’t want a 4k hospital bill again, so we’re hoping a 1 night stay is significantly less.

So that’s my 2nd birth story. You can read about my first birth story here. 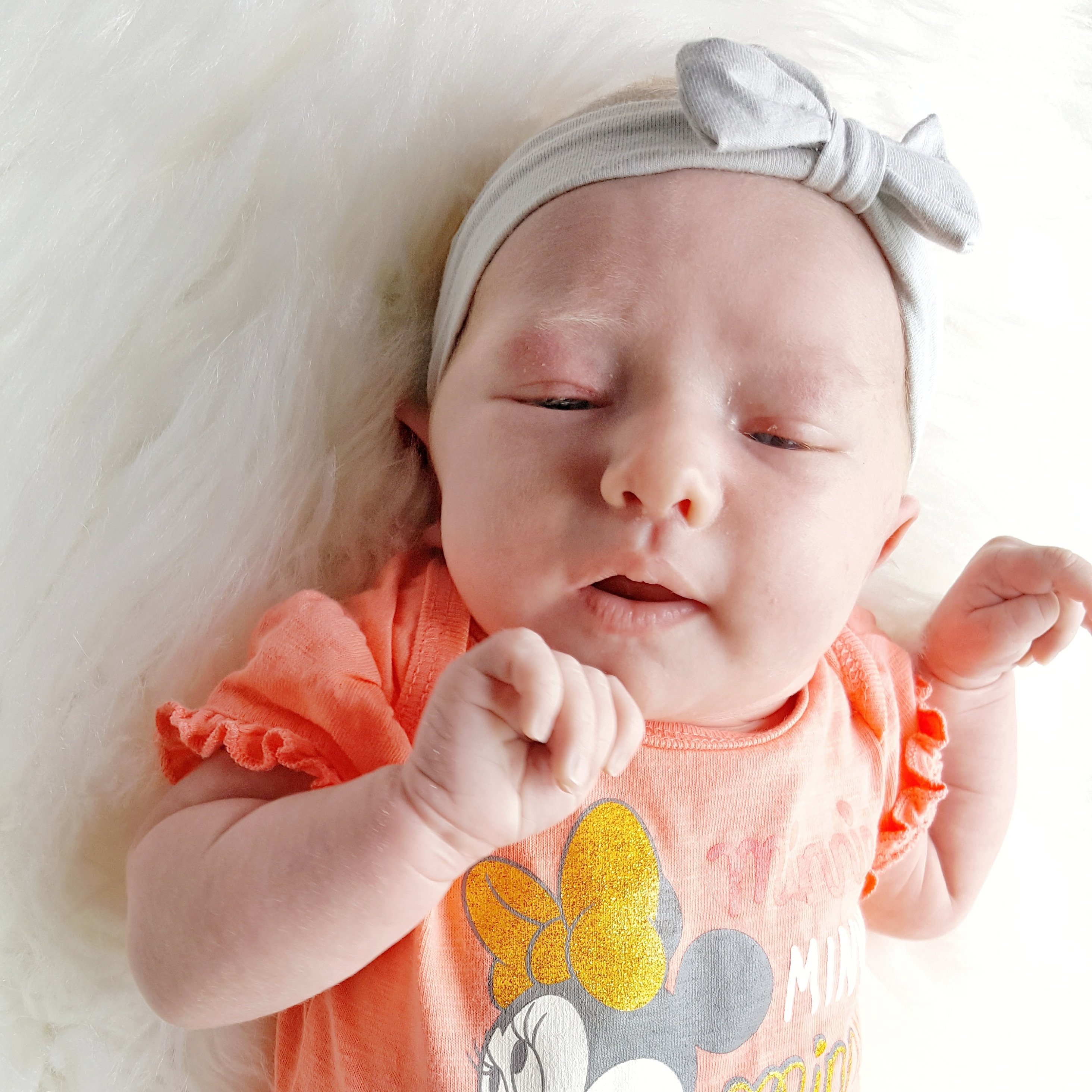 If you have any questions or comments, don’t hesitate to ask