We finally got some decent snow which is kind of a rarity around here in the winter time. A record was set for the most snow accumulated in a 24 hour period, which was around a foot. It was a great treat for the new year and I am glad Arya got to see and enjoy it since we weren’t sure if we’d be making it back up to the mountain again this year.

She got super excited about the “no” as she calls it, so much so that she stayed up til midnight watching it come down on the roof, trees and streets. I couldn’t wait to get her outside after breakfast the next morning.

While I was cooking, I had to put on Frozen and sing along of course. “Do you wanna build a nomaaaaaaaan?” Then we bundled up with our snow gear, went outside and built our fabulous non carrot nosed snow man. 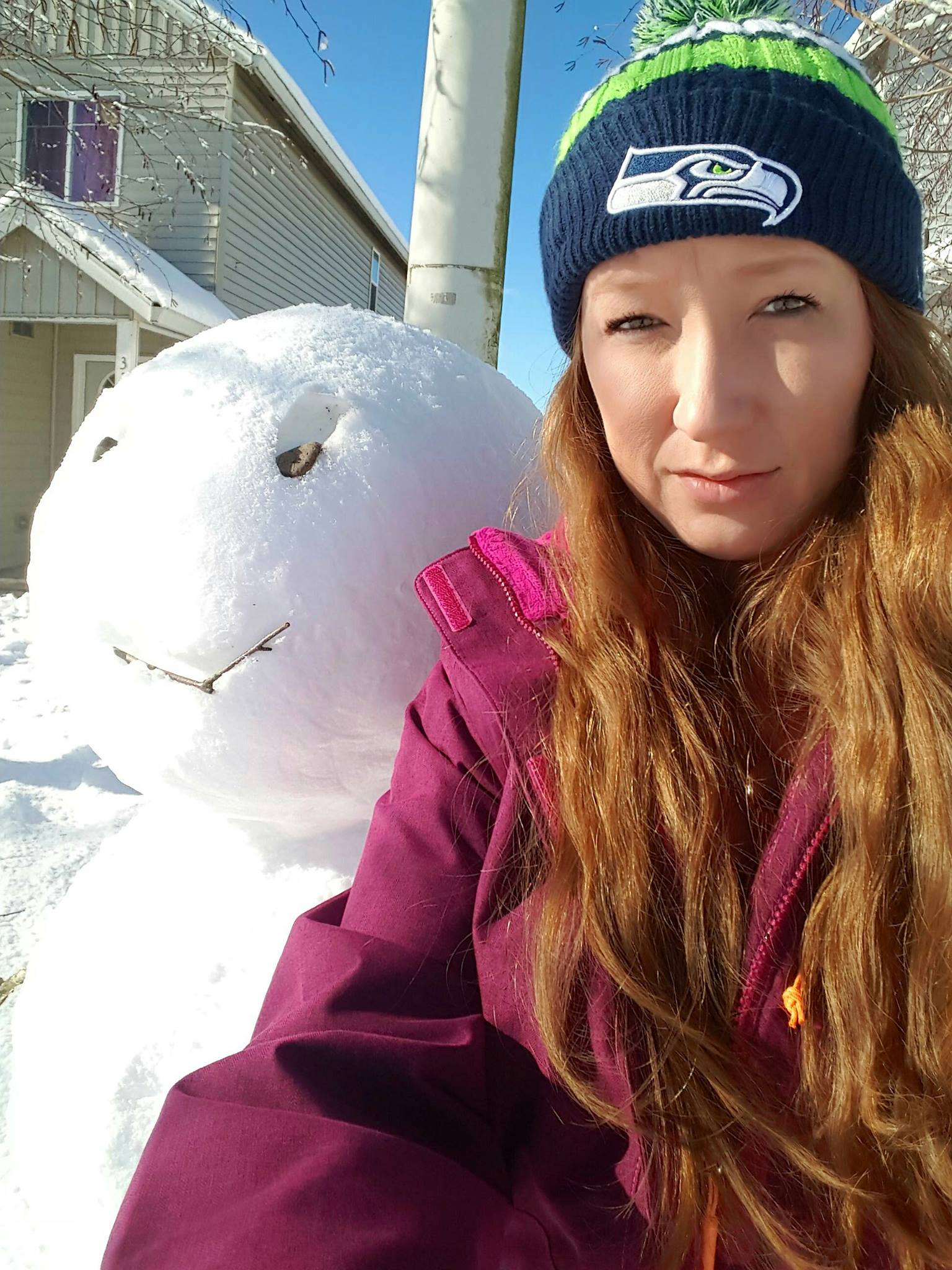 We used sand toys to do snow castles, only we weren’t fast enough before Godzilla Arya came stomping down the ice pillars. 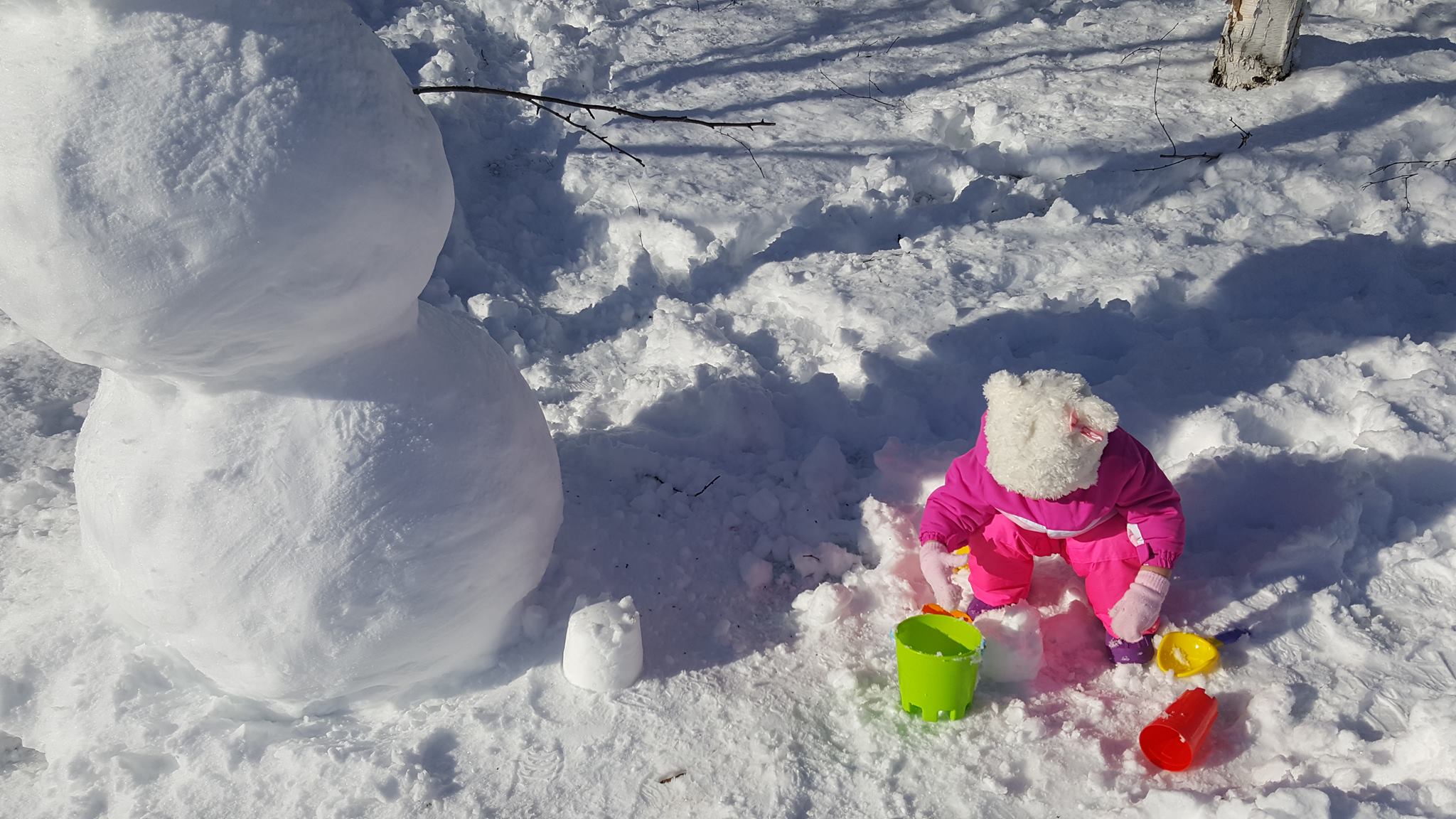 We tried sledding with her on one of the roads and she wasn’t too excited about it since dad pulled her a little too fast previously which caused her to topple over. I think we need a better sled, but it did it’s purpose.

After a few times, she finally started enjoying it. 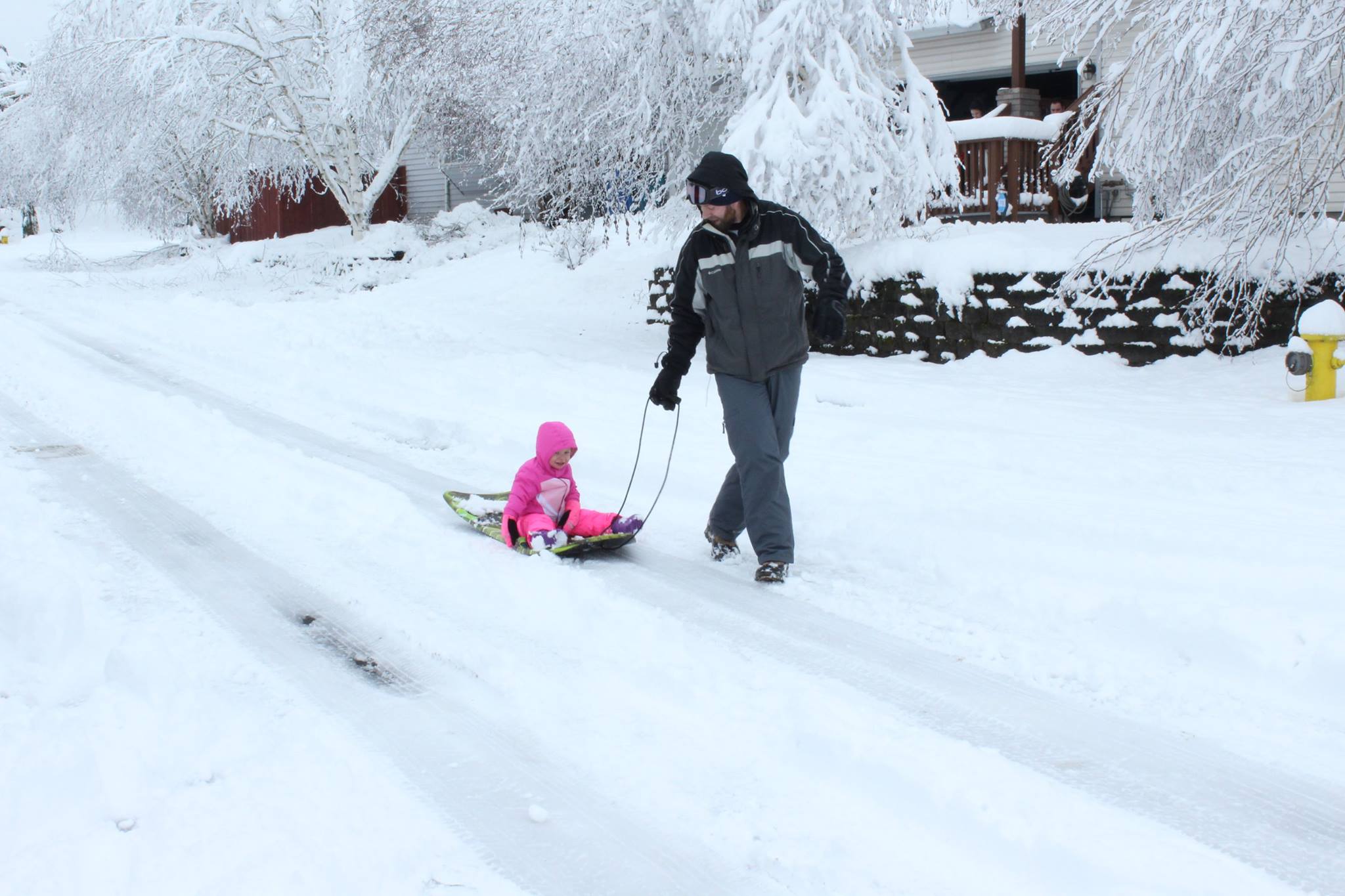 I love seeing this smile on her face. She just warms my heart.

We did a little wandering in the back yard and I had to kick and stomp a path for her to move around since it was so deep back there. I guess that’s where the wind blew it. 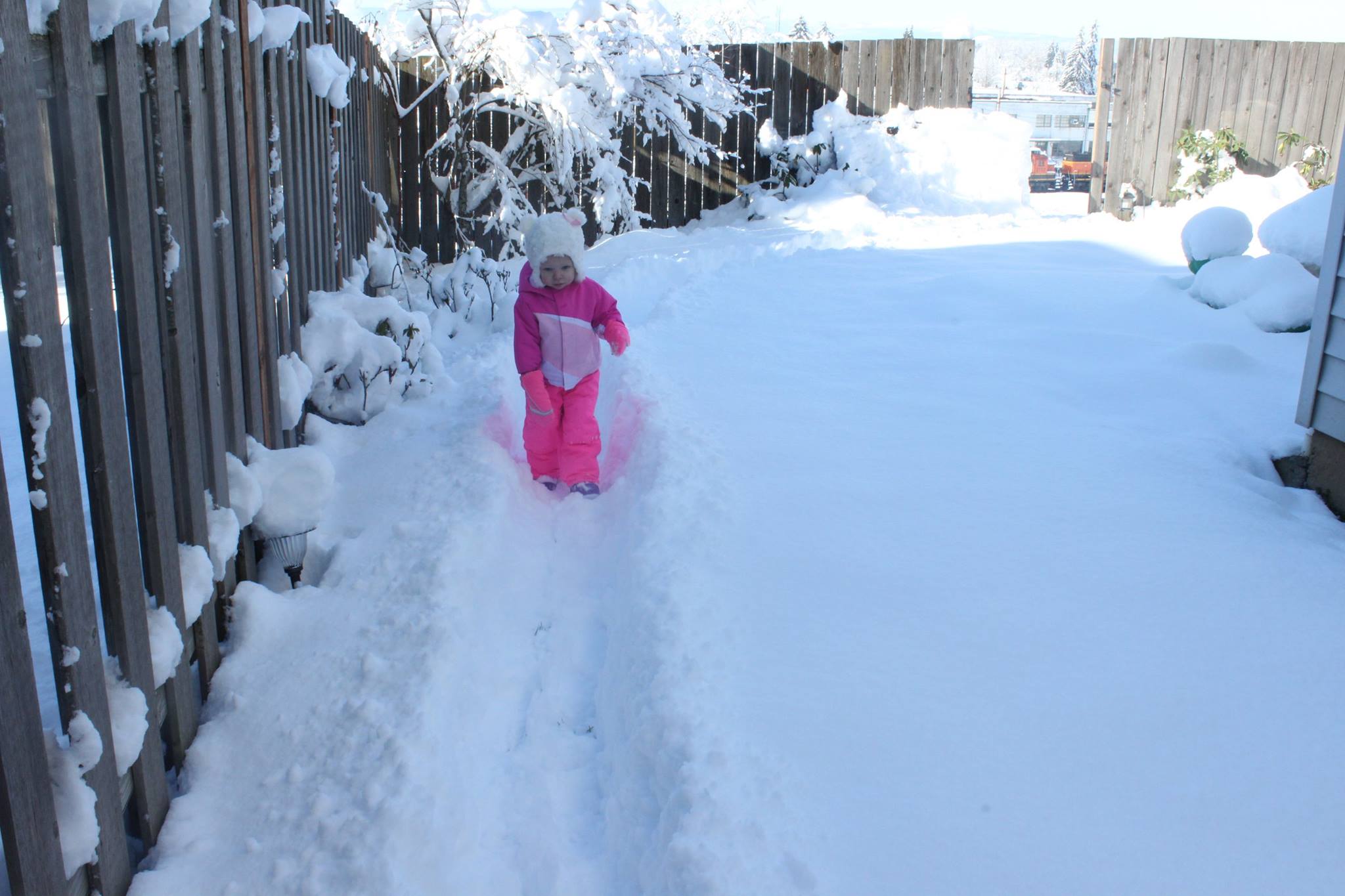 Our snow lasted for about a week until it started turning into ice. We slid a couple times while driving in the outback, which was rather scary. I think we need to purchase winter tires specifically instead of just all weather tires because clearly they didn’t work out too well since we almost fish tailed into a parked car on the side of the road.

But at least it’s gone now and we’re back to rain. Yippy!