I should have known that Mount Hood in November was too early in the year for any snow to play in, but I am glad we were able to snag an open vacancy on his bosses HUGE cabin again for Jan 22-25th, because there was copious amounts! We didn’t think we would be able to since he’s trying to fight the association on not being able to rent it out for money. 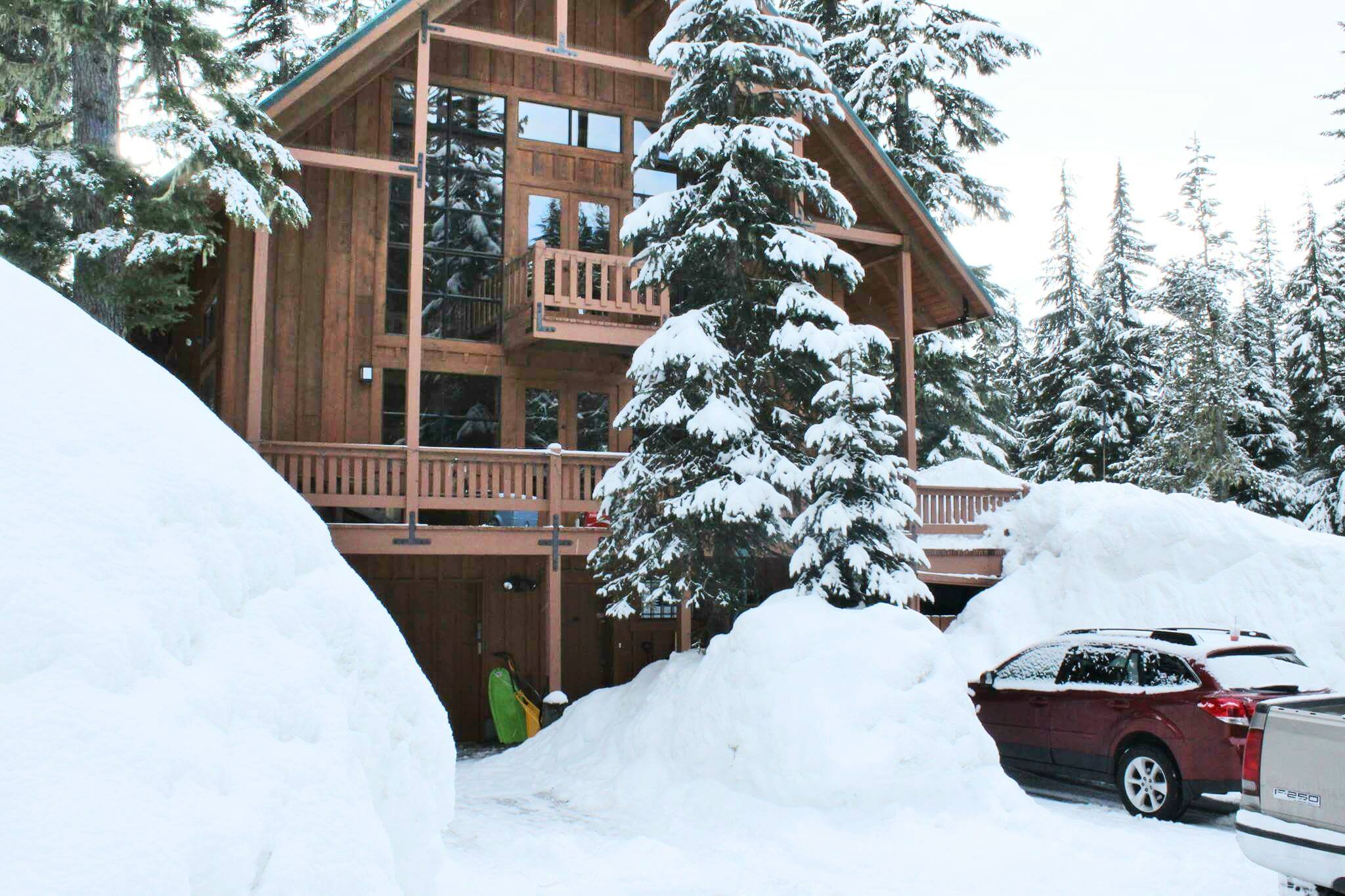 Such a huge difference when there’s snow eh?

I almost wasn’t feeling like snow AGAIN since we just got over ours last week, but it was still fun and a totally different vibe and environment.

We decided to go up before check in time for some inner tubing at the adventure park but was completely thrown off on the price for 1 hour of tubing; $15 per person including small children so it ended up costing us $75 to slide down on a tube for 1 hour since my sister and her daughter tagged along too. Yes, it was fun and all, but that’s a bit steep for an hour of freezing your butt off!!

And then the tots didn’t even want to go down after the first time. It was way too big of a hill for them to handle at their age, so was basically $30 wasted. OH well, you won’t know what they’ll like unless you try it. So we didn’t get to go down as much as we had hoped since we had to take turns while watching the girls. Essentially, the tubing is a waste of money unless you’re going with big kids, so let that be a warning to you if you’re reading this and contemplating it.

After we were done there, we headed over to the house which is about a 5-minute drive with the snow. They both pretty much passed out at that time, which gave us a little bit of time to get the car unpacked.

Then we waited for a few people from my husbands family to arrive and played some games and had a few drinks. Well, they played games. I am not the type of person to play games that involve making a complete fool out of yourself because one, I am shy and two, I can’t act. It was funny to watch tho and eventually I got swindled into joining. Thankfully I didn’t draw any acting cards or I probably would have pooed my pants.

The next day we did a little venturing outside and walked to the general store with our crappy sled we brought. 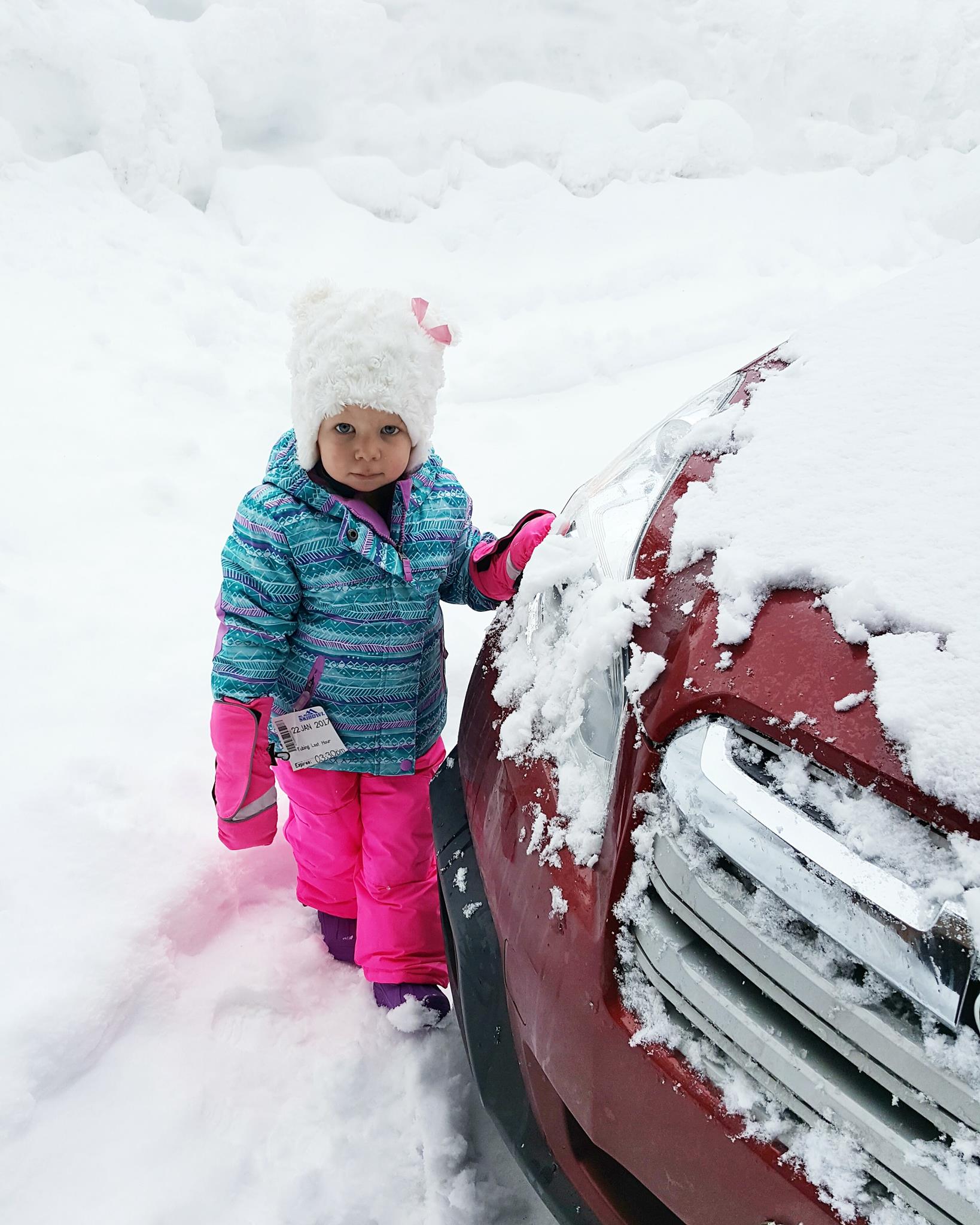 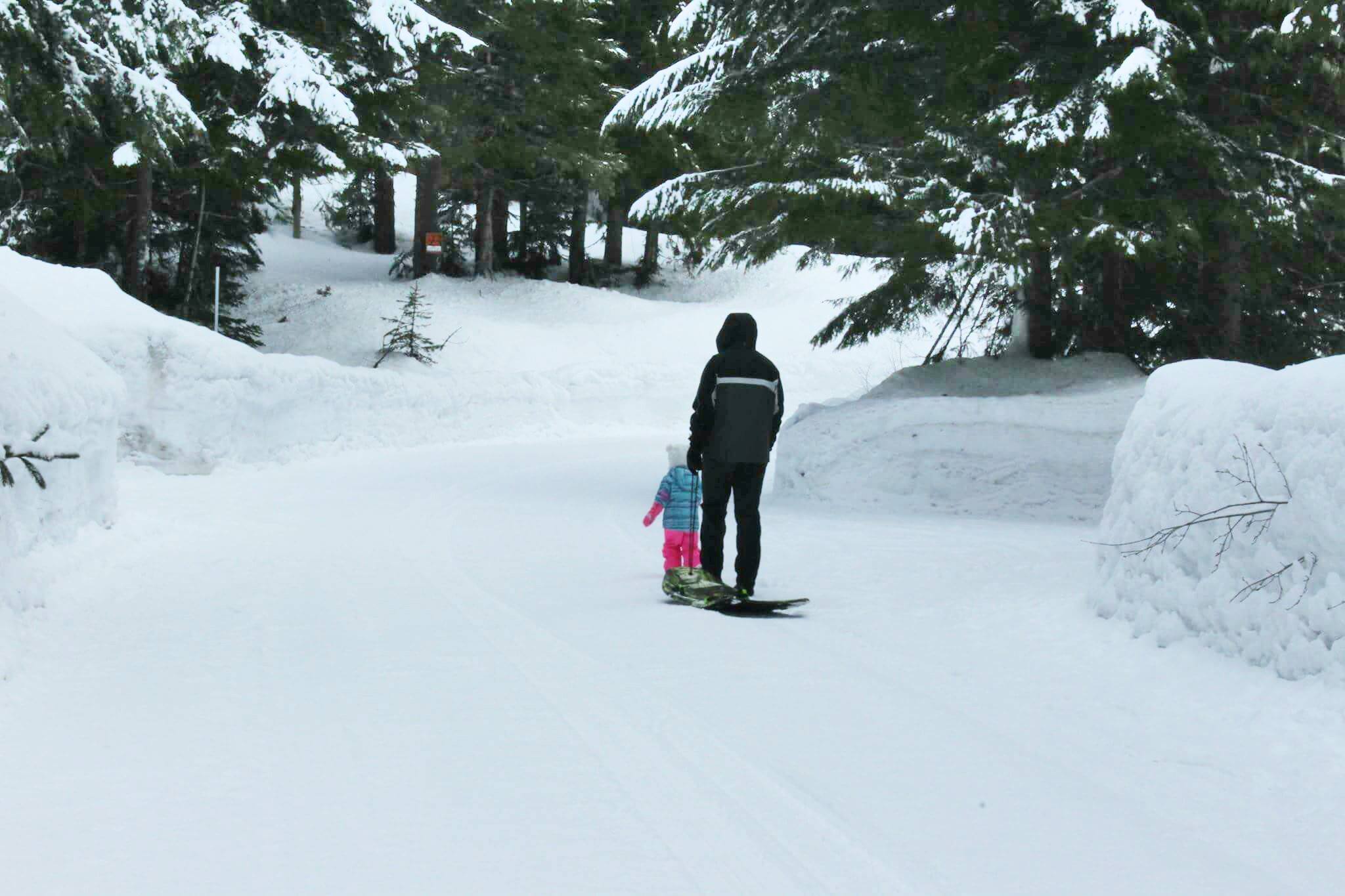 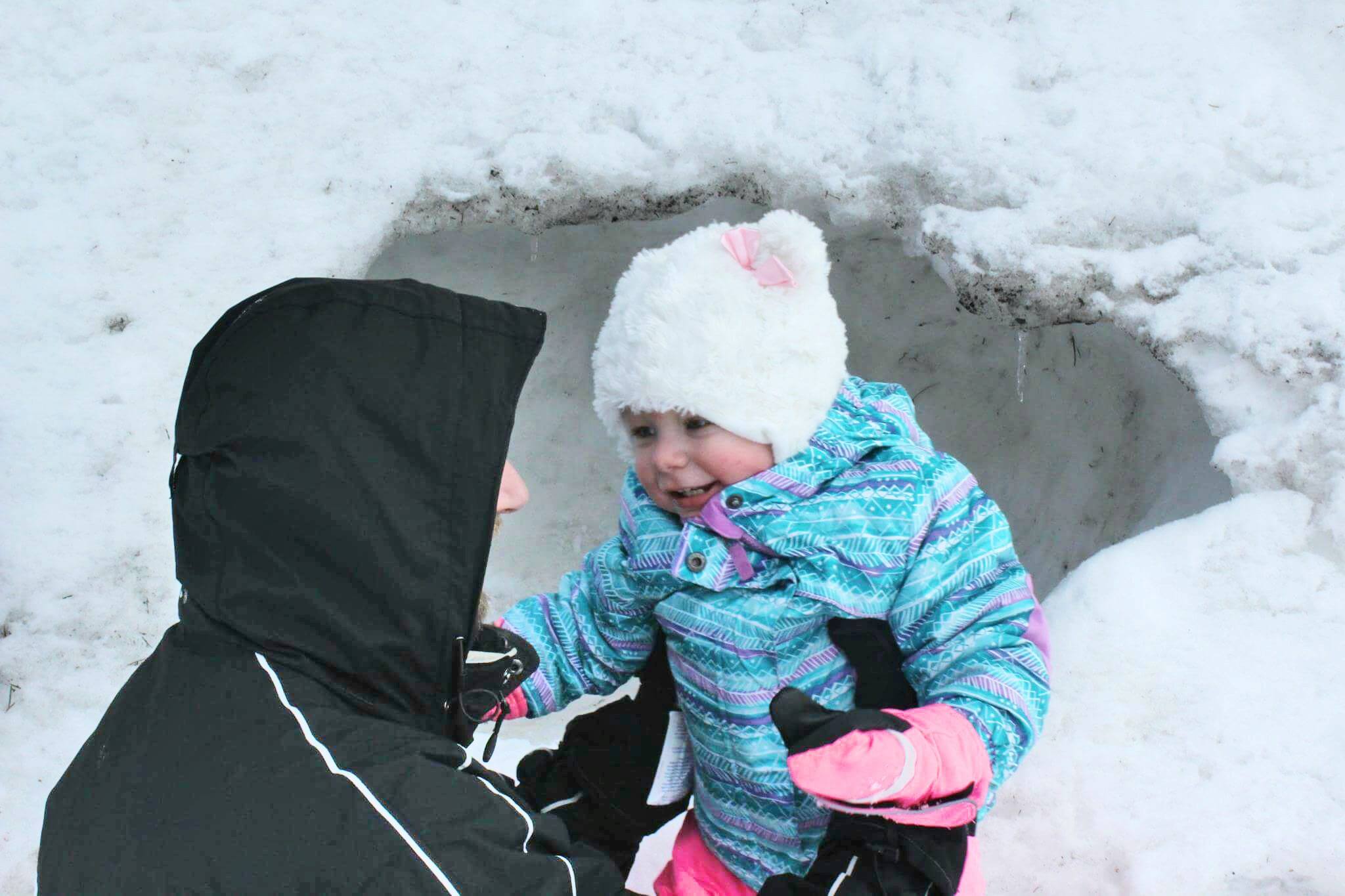 We started heading back to the cabin and I decided to lay my niece on the sled and pull her since she would topple over while sitting up. She ended up passing out on the ride back! Cracked me up, but so cute. 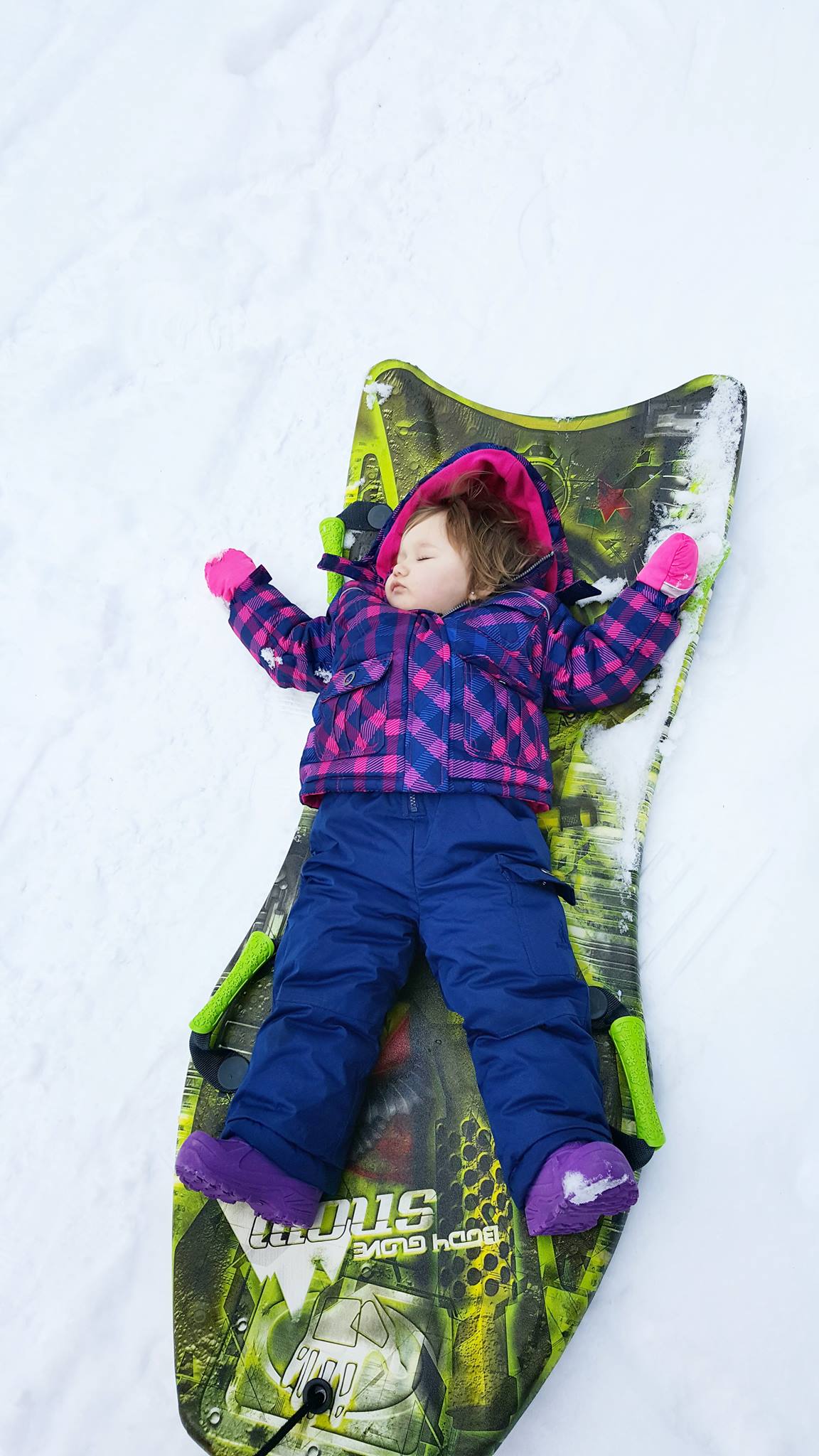 We didn’t really do much the rest of the day since his sister was leaving that night since she wasn’t feeling well.

But the following day we went up to the actual mountain and took a couple photos. The girls passed out on the drive so we didn’t get to walk around too much, but that was okay, I mainly wanted pictures anyways. Only, I need to figure out the correct settings for such bright mountainous photos because it looks blown out and I could barely keep my eyes open for the photo. I was laughing so hard I was crying too! 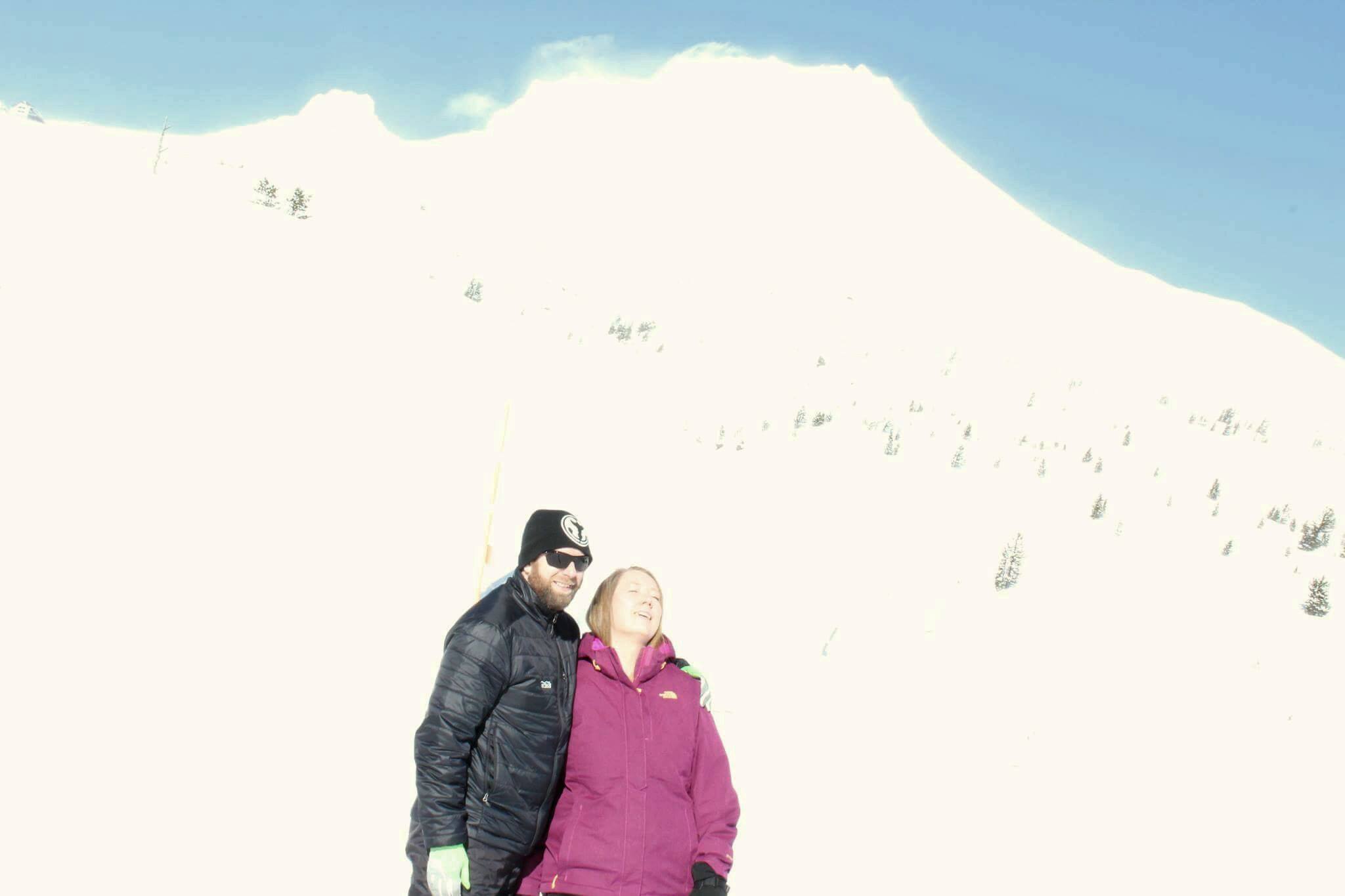 After the girls woke up, we took them outside since they passed out before we could play in the snow for the day and ended up spotting a hill towards the left of the cabin. I wished we would have spotted it first thing since this was the highlight of our trip. Arya even let me take her down it with me, and we were going pretty fast as well. I think I even heard her say wee once, and heck, we could have saved 75$ too!

The girls were getting red and cold so we decided to come in and make lunch.

We ended up watching a movie that evening and went home the next day since my sister and husband had to work.

It was fun and I hope we can do it again with snow. In fact, my husband’s work retreat will be up there next month. Lol

We’re getting a lot of mountain time this year! But we love it.