Last year we hosted a super bowl party because our Seahawks went. We’ll probably be doing it again since they’ve made it yet again! The first team in 10 years to do a back to back super bowl. So Awesome! The game was so stressful, yet so exciting. I think my husband and I went through every emotion imaginable yesterday. 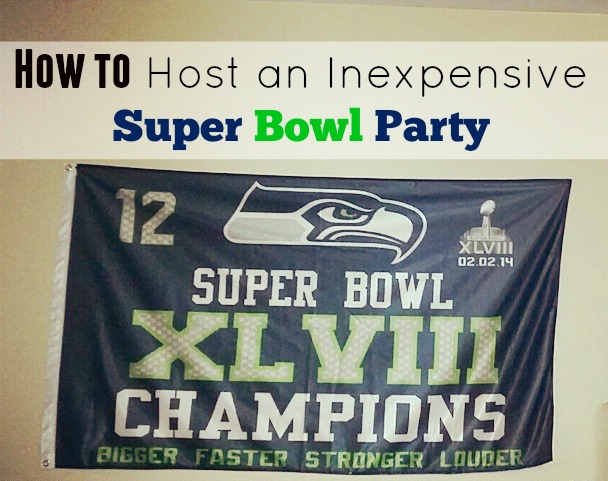 How to Host an Inexpensive Super Bowl Party

When I did my Seahawks themed super bowl party, I pretty much avoided the expensive NFL licensed products. I did end up picking up a set of plates that said Seahawks on them just for the hell of it at Walmart, which wasn’t too overly priced (under $3) But for the most part, I grabbed green and blue plates, napkins and silverware at Walmart which were $1 each.

We had the party be potluck style, so people brought a little something to help lessen the costs, but honestly, it ended up being too much food anyways. Make sure you’re not over doing it with however many people you have invited. Some examples of what we had: Chips and dips, mini weenies, pinwheel sandwiches, deviled eggs, cupcakes, crackers-cheese-salami tray, brownies, cookies, jello shots, skittles vodka, beer, soda etc. Go for more simple snack items, it will lessen the costs. Also, don’t be afraid to use coupons! You should be able to find sales and stack your coupons with them during the first week before Superbowl. 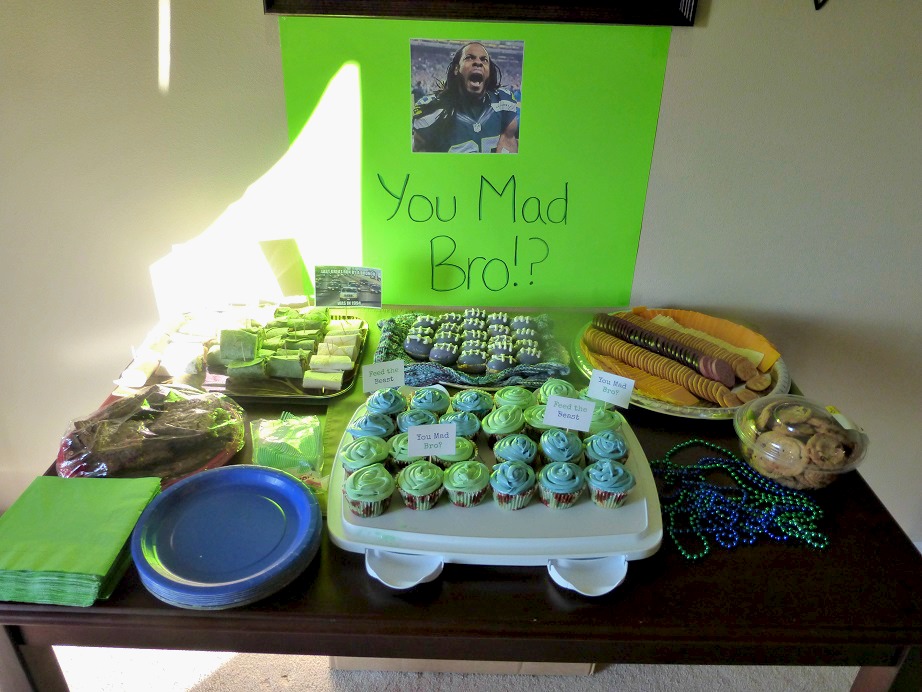 DIY decorations: I wasn’t about to spend a fortune on NFL themed decor, so I opted to do some myself. I bought a few poster boards at the Dollar Tree and printed out photos and glued them on. I also had a bunch of construction paper so I cut out some bubble letters to stick on the Feed the Beast board and then borrowed my friends hot glue gun and glued skittles onto the board since that is Lynch’s game day power booster. I had mostly everything on hand to decorate the boards with: crayons, markers, glue, scissors, paper, printer, picmonkey app etc. 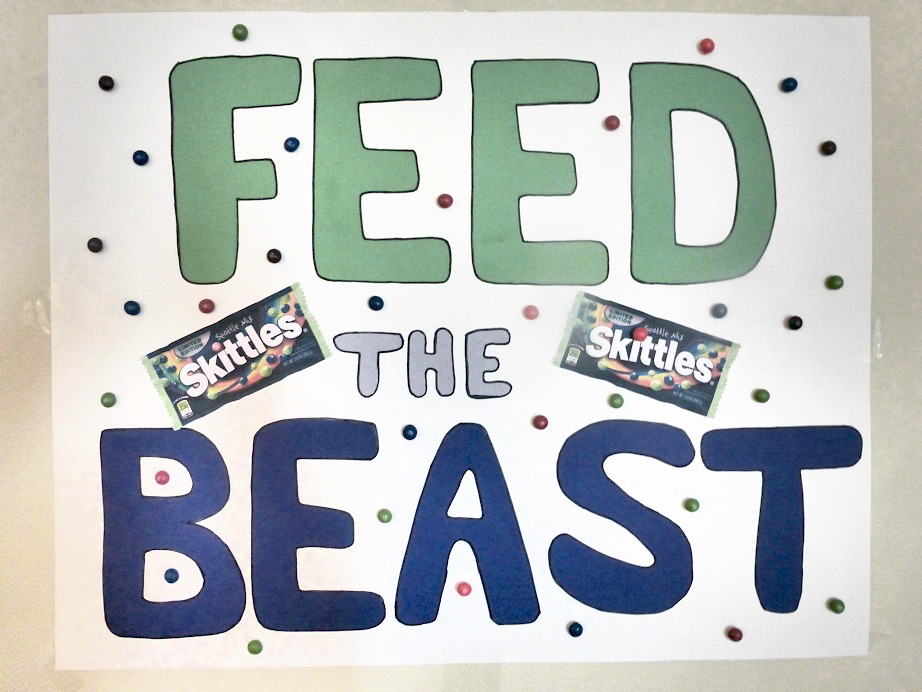 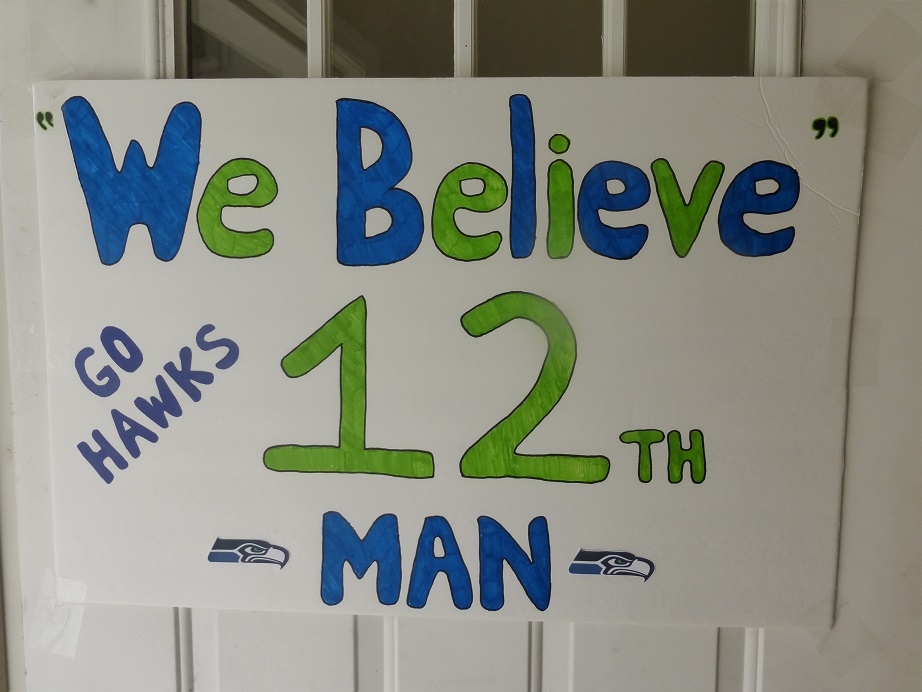 Evites: Send invites out on Facebook or through email. Don’t waste money on mail invites when most if not all of you are on Facebook anyways. And who doesn’t have an email address?

Don’t worry about brand name products. Buy off brand if that means a significant savings. Your guests won’t care and everyone’s happy.

Do you have any other tips for how to host an inexpensive super bowl party?

And who are you going to be rooting for!?