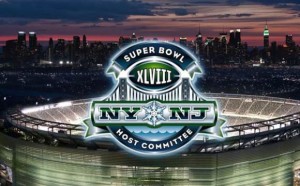 Yesterday was a rough day to be watching the Seahawks. The immediate fumble at the beginning of the game by Russell Wilson that ended up being recovered by the 49ers left me cringing in my seat, but thankfully we held them to only a field goal. Pretty soon, the score read 10-0 49ers, which was then reduced to 10-3 by midpoint.  I didn’t lose my faith because I knew they’d come out playing better in the second half, and that they did!

Thank you to the entire team for working together and to Sherman’s tip in the end zone for intended receiver Crabtree, and Malcolm Smith for catching it making it the game winning interception! Final score 23-17! YEAHHHHH BUDDY, we’re going to the Superbowl!

We had a little party here because we knew it was going to be a good game, after all, the 49ers are our rivals and most Seahawks fans absolutely despise the 49ers coach Harbaugh because he’s a cry baby, fit throwing, jackass. Last weeks game when the 49ers played against the Panthers, he received an unsportsmanlike conduct flag for throwing a fit over an incompletion call. I couldn’t stop laughing…

But, people aren’t making a big fuss about the Seahawks winning the NFC championship game and going onward to the Superbowl. They’re more hyped on what Sherman said in his after game interview. He was rightfully calling Crabtree out. Some of you may think he’s a thug or a bully, but him and Crabtree have had their differences for a year when Crabtree tried to start a fight with Sherman at a charity event. Sherman went up to shake everyone’s hand including Crabtree and Crabtree hit his hand away and stood up like he wanted to fight. There’s a time and a place for everything and that was not one of those places. 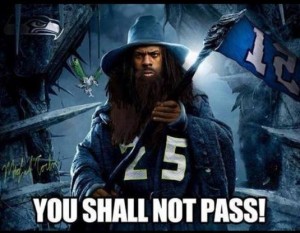 Regardless of whether or not you think Sherman’s shit talking antics are classless or thuggish, we’re going to the Superbowl and that’s all that matters!

Now, I have a Superbowl party to plan which most likely consists of taking up a lot of my time until after it’s over.