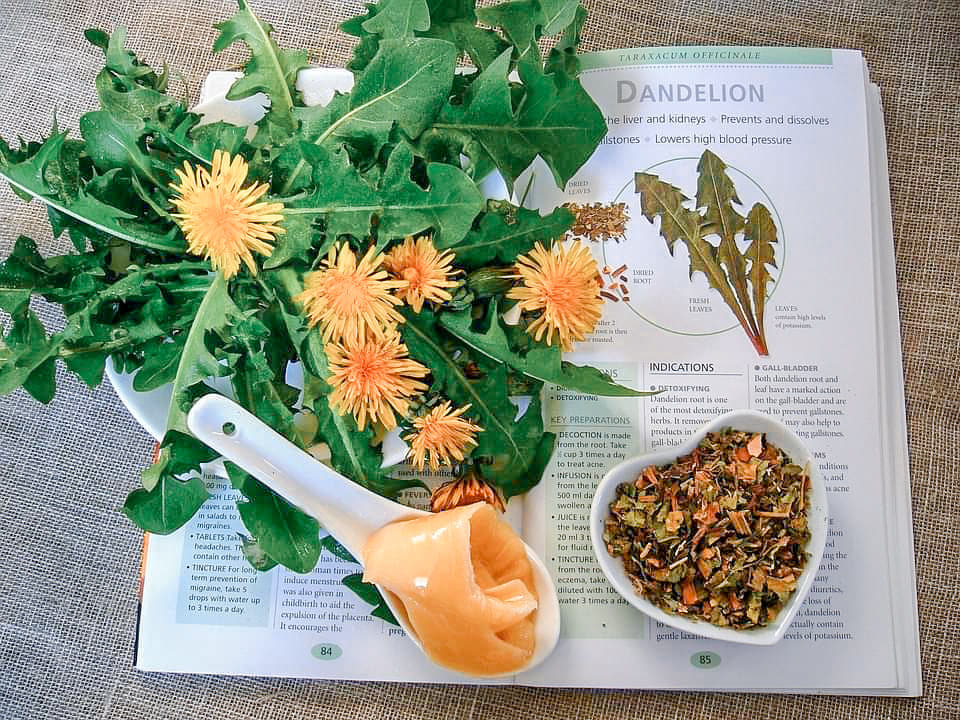 Dandelions, the most misunderstood flower. You see a weed, I see healing/ healthy benefits.

After having the only man you’ve known as your father being diagnosed with cancer, you tend to look for other ways that he can be healed rather than standard medicine. Dandelions have been used in herbal medicine for hundreds, if not thousands of years. The benefits of this common plant will probably surprise you.

5 Reasons Why Dandelions Are More Than a Weed

Dandelions have more vitamins and minerals than kale and spinach and can be eaten cooked or raw. They also contain vitamin E, folate, iron, calcium, magnesium, potassium, and small amounts of other B vitamins and more!

2.  They are a powerful antioxidant:

Essentially, they protect our cells from free radicals that bring on heart disease, cancer, and many other diseases. Free radicals are molecules produced when your body breaks down the food you eat, or when you’re exposed to tobacco smoke, radiation, or any hazardous environmental factors.

Since they contain antioxidant compounds, they’re also anti-inflammatory. Some doctors believe that inflammation plays a role in many diseases. So eat and drink up!

It has the ability to increase the flow of bile, which means that dandelion root tea could help detoxify the liver, help with skin and eye problems, and relieve symptoms of liver disease.

Chicoric and chlorogenic acid are two bioactive compounds found in all parts of the dandelion plant are said to reduce blood sugar.

Dandelions are best harvested in the Springtime. The longer they sit, the more they’re scorched by the sun which brings out a bitter taste, but their leaves and roots can be harvested at any time. Just grab a spade shovel and dig out a circle around the dandelion.

Be sure not to harvest in an area where toxic pesticides have been sprayed or fertilized and wash them off before consuming.

Once done harvesting, wrap them in paper towels and store them in plastic bags in your refrigerator, where they can remain fresh for around three days. Avoid washing them because this may lead to spoilage.

So the next time you see a dandelion, don’t think of it as a nuisance in your yard, pick them, and make some delicious dandelion tea, dandelion salad, or many of the other recipes below.

How to Cook Dandelion Roots – Practical Self Reliance

How to Make Dandelion Pesto – Learning and Yearning

How to Make Dandelion Tea – The Homesteading Hippy

How to Make Dandelion Root Coffee – Practical Self Reliance

How to Make Dandelion Tincture – Practical Self Reliance