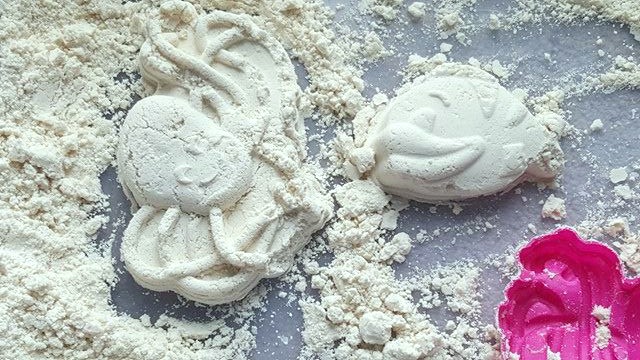 Winter weather calls for new and fun activities since we can’t always get outside when we want to like in the summertime. And we haven’t exactly gotten any snow this year, besides the 1/2 an inch on Christmas Eve that quickly disappeared; and the rain isn’t exactly fun to play in either when you’re not covered in rain gear, so I needed something entertaining that was different and unique to her like moon dough!

I had made my daughter a rice sensory bin a while back but knew she was getting bored with it. She needed something else to keep her mind and hands stimulated, so I decided to try moon dough since she loves play dough.

It’s similar to play dough, only it’s silky in texture and doesn’t dry out like play dough, which is why I like it. (Some people call it cloud dough, cloud sand or even moon sand.)

You also only need 2 ingredients as well, which is another reason why I love it.

Essential Oils for scents like lavender or lemon.
Watkins Assorted Food Coloring with no artificial dyes if you want a little color.

I store it in this 8-gallon clear storage bin. 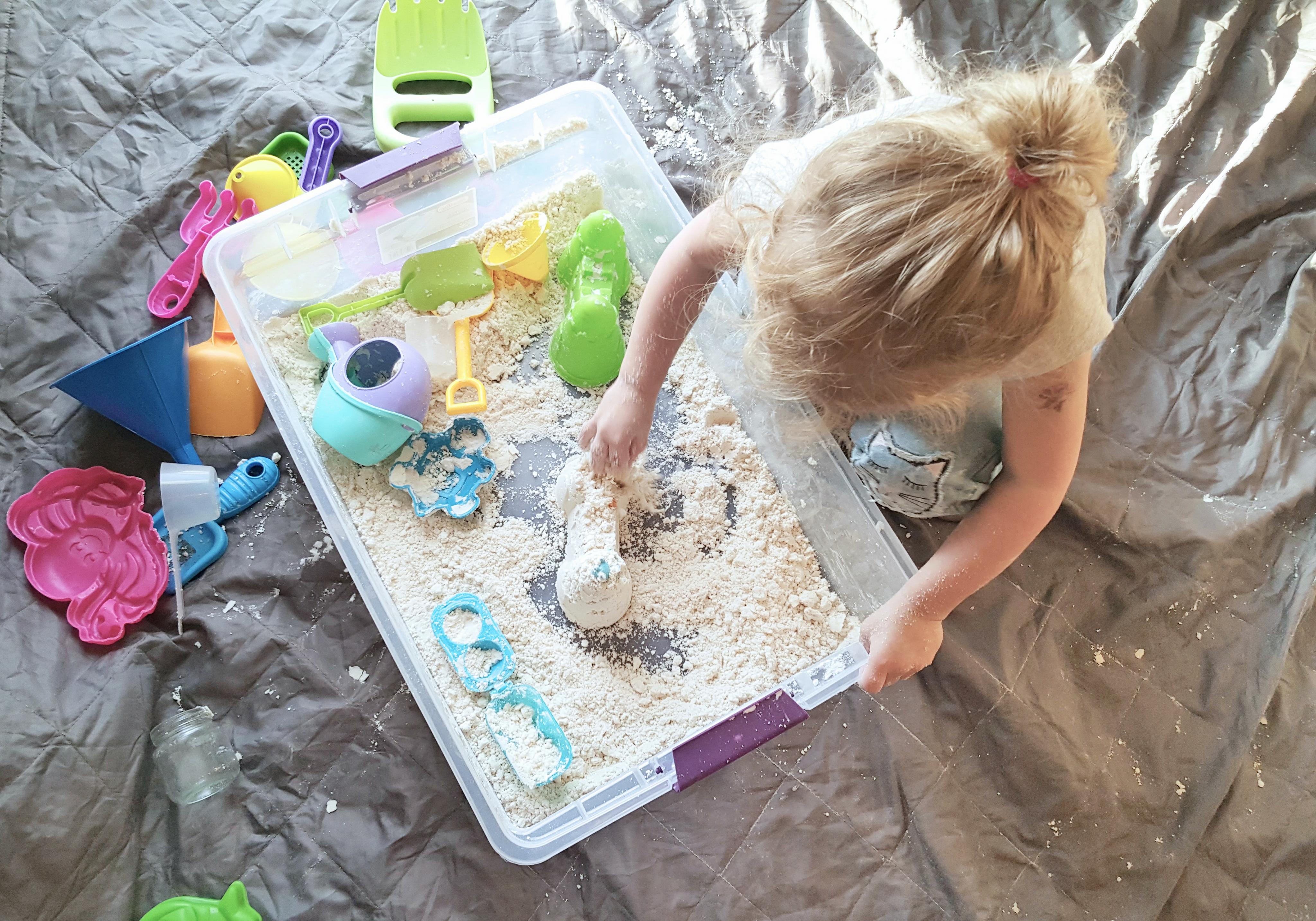 I had actually used Johnson and Johnson baby oil for my first batch and regretted it since it’s laced with a highly potent perfume smell. It was so strong that it was affecting our breathing and would not clear the air, so I had to dump it and remake. This time I decided to go with coconut oil since I knew it wouldn’t be perfumey and irritate the sinuses nor would it be an issue if she decided to try a taste because we all know little ones are curious.

And keep it on the table or on a mat on the floor like we do, because it will get it everywhere if you don’t! Even with the mat, we have it all over the floor, but luckily it’s really easy to vacuum up when needed.

We have sand toys so we use those which are perfect for this since the moon dough is easily moldable. She loves seeing the different shapes and designs in the moon dough bin and then smashing them flat right away. It’s so fun she says! She also likes putting an assortment of other toys in there that shouldn’t really be in there but the good thing is that it’s easy to wash off since it’s just flour and oil. Use a little bit of soap and wa-la, good as new!

Hope this moon dough is as fun for you guys as it is for us.