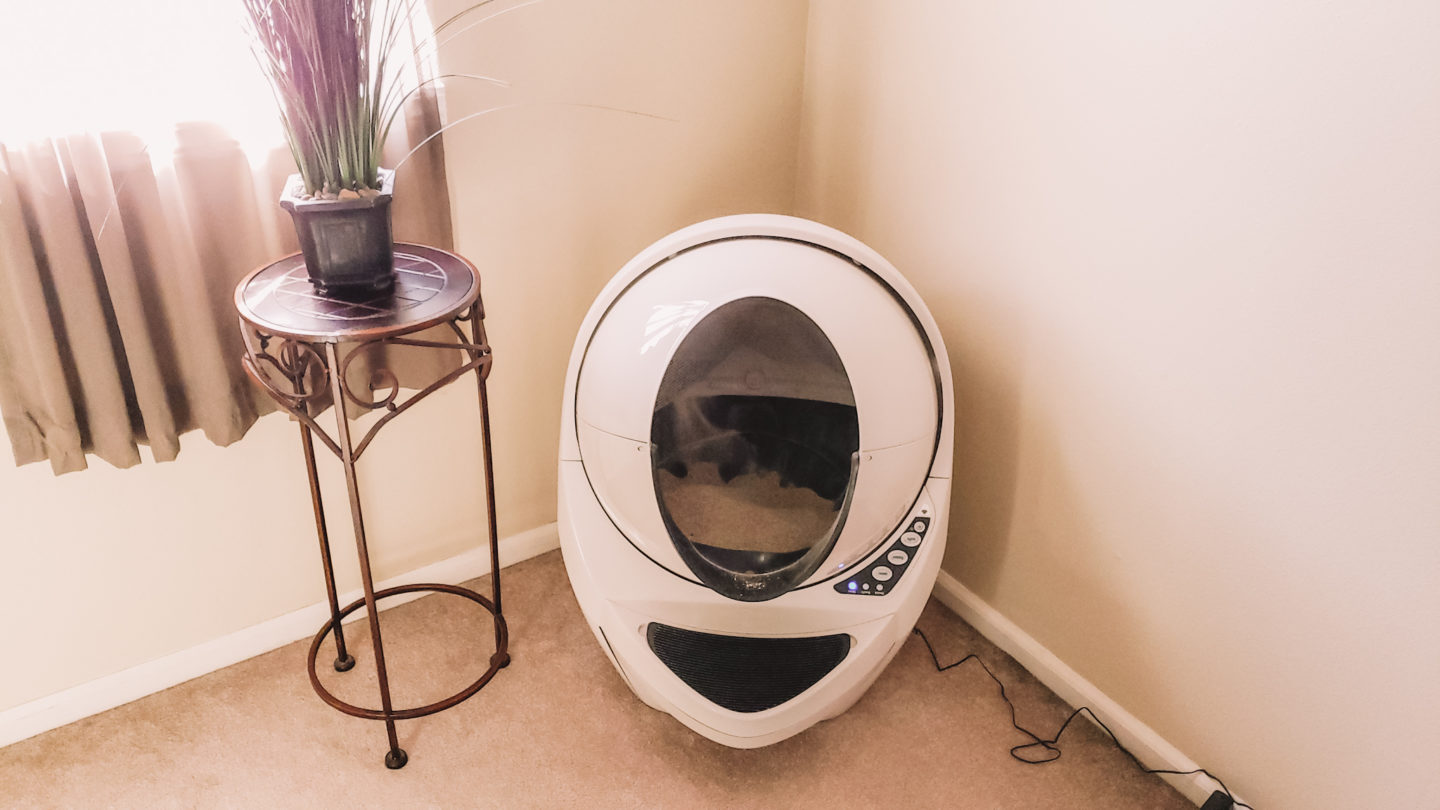 *This post is brought to you by Litter-Robot, all opinions are my own*

One day, you get the bright idea to get a kitten a couple months before you give birth to your second child not realizing how much effort a kitten requires.

It had been almost 16 years since I had a kitten and at that point in my life, it wasn’t difficult to handle since I didn’t have any kids. She was my furbaby. But since that furbaby passed last November, I knew I wanted to get another cat that my children could grow up with as we had a lot of love to give still.

Cats have always been my pet of choice ever since I was a young tot. All you have to do is play with them, pet them, feed/water and change the cat box.

I hate cleaning the litter box. I mean, who really enjoys scooping clumps of cat feces and urine?

One thing I noticed about our new cat is that she ate more than what my 16-year-old chubby cat would eat in a day. This also meant that her urine and poo output was rampant. I would need to clean it a couple of times a day if I didn’t want it becoming too full or smelly, plus, being pregnant on top of that, I was worried about contracting toxoplasmosis while cleaning out the litter box.

Toxoplasmosis is a disease that results from infection with the Toxoplasma gondii parasite, one of the world’s most common parasites. Infection usually occurs by eating undercooked contaminated meat, exposure from infected cat feces, or mother-to-child transmission during pregnancy.

After hearing that, and getting flack from people about having a cat with a litter box while pregnant with my first, I decided to research more when I had another child. 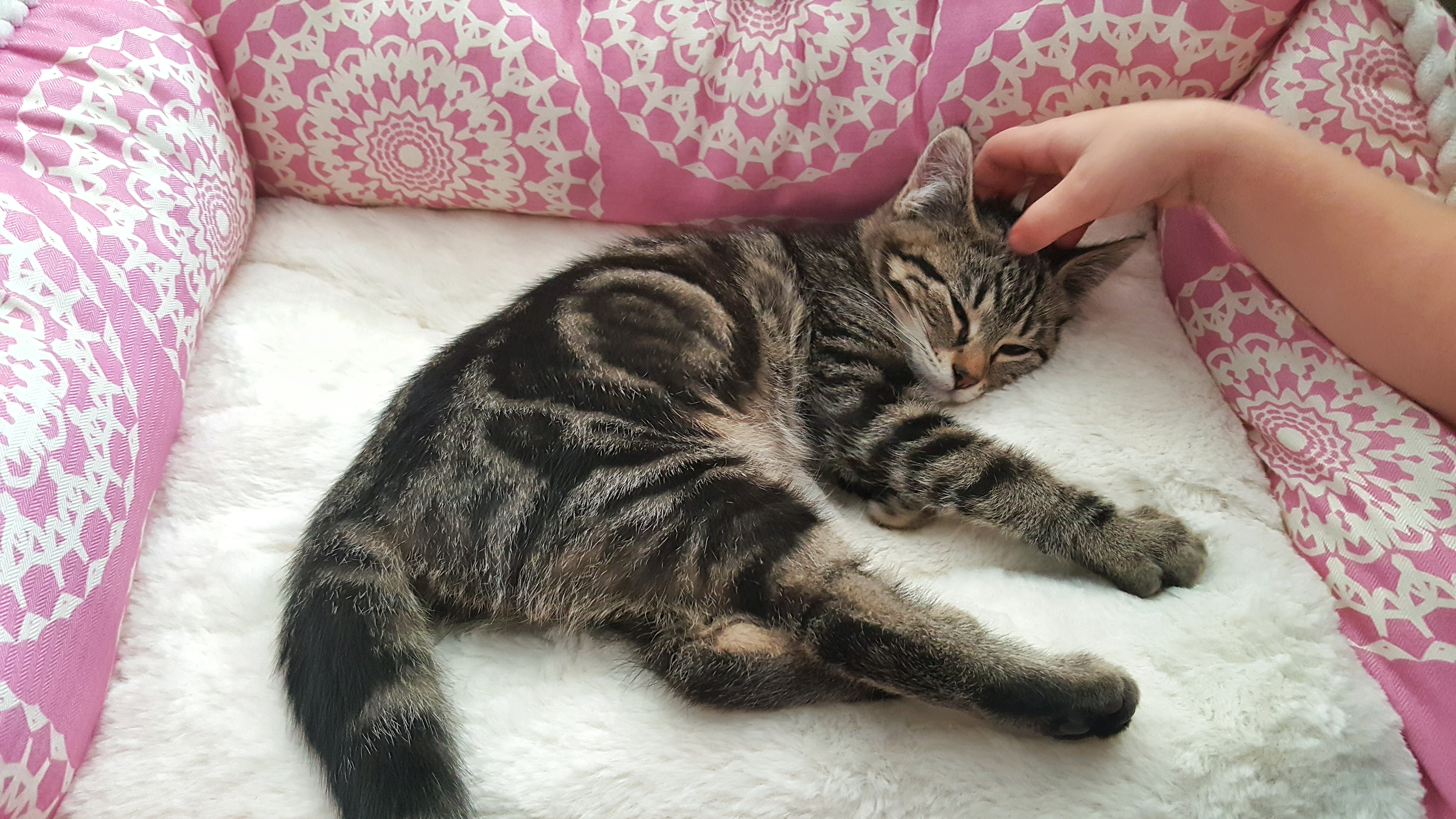 I ended up coming across the handy-dandy Litter-Robot III Open-Air. Basically, you plug it in, fill it up with cat litter, power it on and you’re done until it’s time to throw out the collected pet deposits in the underneath drawer.

It also has a blue nightlight that comes on when it’s dark, which you can see below. 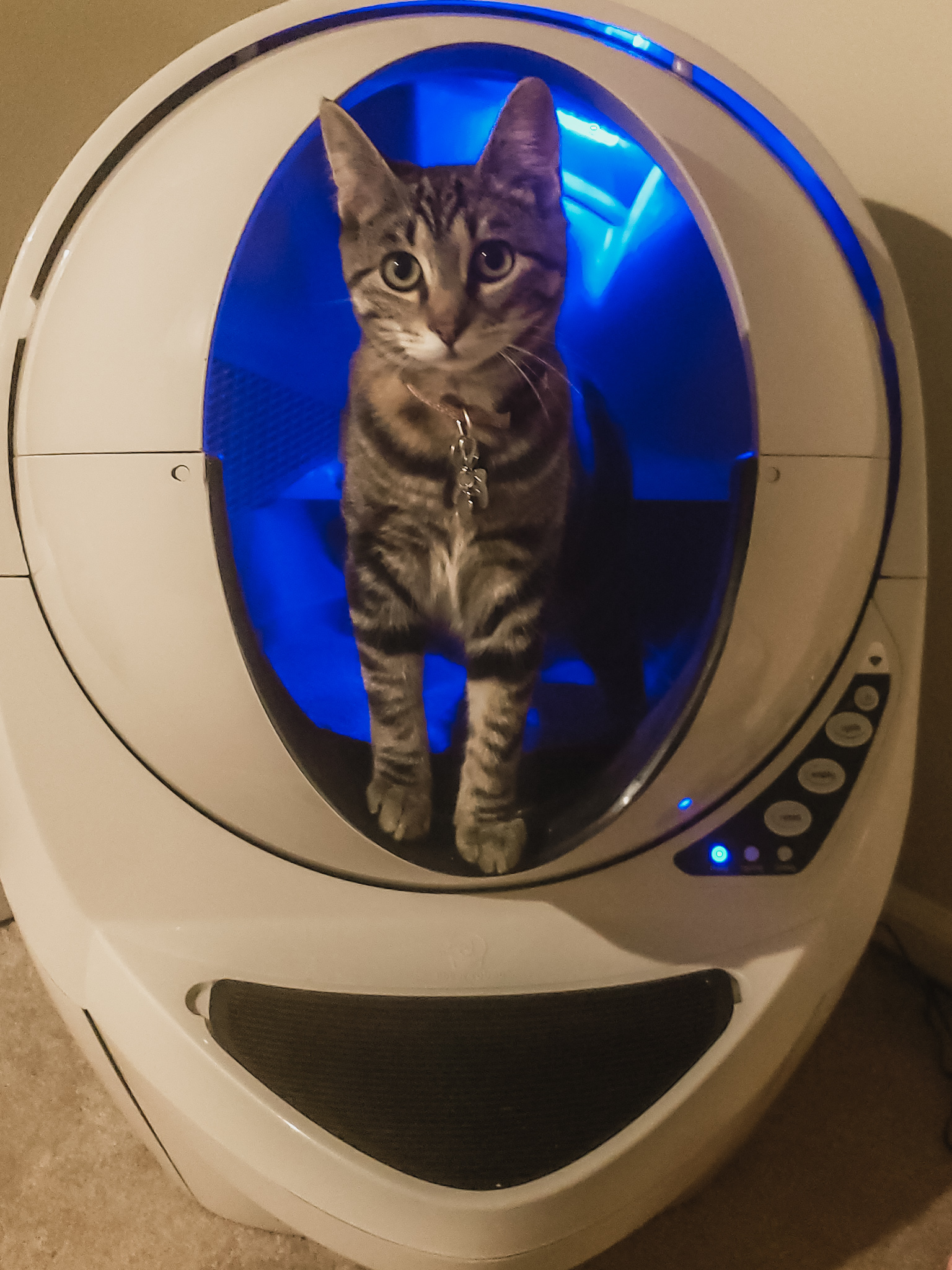 This Litter-Robot has been a lifesaver. No more scooping out cat poo and pee and no more worrying about toxoplasmosis while pregnant. Although, I am no longer pregnant, having a little one had me forgetting to scoop out the litter contents because of my sleep-deprived brain.

It has a cat sensor that will turn on 7 minutes after your cat is finished and will then cycle out the contents which end up in the bottom drawer inside of a bag. There are 3 different timer settings, 3 min, 7 min, and 15 min. Your cat must be 5lbs + in order to trip the sensor so it’s not recommended for kittens. Now that our cat is 9 months, she’s able to use it efficiently.

At first, Poppy was a little hesitant about the movement. She flew down the stairs and wanted nothing to do with it until the next day. We kept her other litter box out just in case, but she kept using the Litter-Robot instead. We knew she would take to it eventually, AND that she did. She’s not scared of the rotating anymore and she will actually sit and watch it do its duty.

I really wish I would have gotten it sooner. It’s been amazing so far!

(BTW, I never contracted toxoplasmosis with my first or second child, even after cleaning the litter box out by hand while pregnant. I never touched the poop with my hands and I always washed afterward.)